Two internationally recognized jazz artists will be making appearances in Buffalo this week.  First, will be renowned saxophonist David Bixler.  Here is a brief bio of David Bixler as found via Bowling Green University where he is an Assistant Professor of Music Studies: 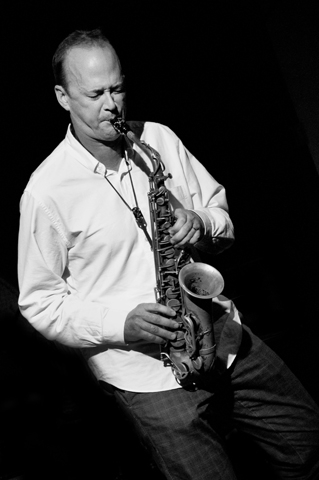 Since moving to New York City from his native Wisconsin, David has performed and toured with the orchestras of Lionel Hampton, Toshiko Akiyoshi, and Duke Ellington. In 2000 he joined the Chico O'Farrill Afro Cuban Jazz Orchestra which was the beginning of several musical collaborations with GRAMMY award winning pianist Arturo O’Farrill. In 2008 he was invited to join the pianist’s RISA NEGRA sextet. On the band’s 2009 ZOHO release, “RISA NEGRA”, David is also represented as a composer. His tune,“The Darkness Is My Closest Friend”, was cited by Down Beat magazine as, “the most intriguing offering on the disc.” David’s newest recording, “Auction Project,” which is co-led with Arturo O’Farrill, will be released in September of 2010 on ZOHO. Auction Project is a unique combination of jazz, Latin, and Irish music which fearlessly traverses borders. As an educator and clinician David appears at colleges and universities thorough out the world. Since 2008 he has been an Assistant Professor of Jazz Studies at Bowling Green State University.

Bixler will be appearing at PAUSA Art House this Thursday, April 17 beginning at 8pm.  He will be accompanied by a cast of very talented Buffalo jazz musicians, which consist of Michael McNeil on piano, John Bacon, Jr. on drums, Tim Clarke on trumpet, and Esin Gunduz on vocals, and Dave Arenius on bass.  $7 General Admission, $5 for students.  Here is a clip of Bixler from December, 2013:

In town on April 18th will be Ken Vandermark, tenor saxophonist and clarinet.  Here is a brief bio of the free jazz artist written by Chris Kelsey: 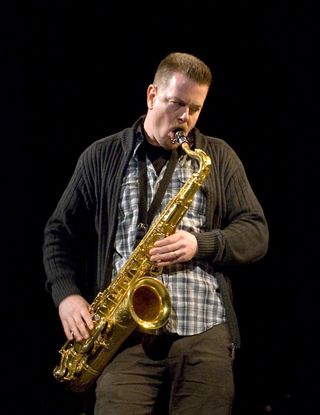 Eyebrows were raised in the jazz world when it was announced that the relatively obscure and young Ken Vandermark was to receive a 1999 MacArthur "Genius" grant. Previous MacArthur recipients among jazz musicians included Cecil Taylor and Anthony Braxton – near-legendary figures who, over the course of long careers, created substantial bodies of work that have (to some degree) stood the test of time. Vandermark, just 35 at the time, was little-known outside of Chicago, and his music was not universally accepted to be as significant as musicians' like Taylor and Braxton. Whether or not he "deserved" such recognition at such a young age is subject to debate, but there's no question that Vandermark is a talented musician. His tenor sax and bass clarinet work is strong and expressive; his technique on all of his horns is as sure as can be, and his improvising and compositional styles are as intellectually engaging as they are original. Vandermark began playing trumpet in fourth grade and then switched to tenor sax as a junior in high school. He attended McGill University from 1982 to 1986. In 1986, he moved to Boston, where he led a trio called Lombard Street and studied bass clarinet. In 1989, he moved from Boston to Chicago, where he first attracted notice as a member of Hal Russell 's NRG Ensemble. His activities increased; he began leading several ensembles and became a mover and shaker, promoting and booking events with influential jazz critic John Corbett. His presence became a constant on the Chicago arts scene; he performs with a variety of bands, including the DKV Trio, Witches & Devils, the Joe Harriot Project, Steam, Peter Brötzmann Chicago Tentet, and the Vandermark 5, the latter of which has released over ten albums, including 2001's Acoustic Machine, 2005's Color of Memory, and 2006's Free Jazz Classics, Vols. 3 & 4. A Discontinuous Line also appeared in 2006 from Atavistic.

Vandermark”s Made To Break band will be appearing at Hallwalls on Friday, April 18th beginning at 8pm.  Suggeted donation is $10-$15.  Here is a clip for you: