The 18th annual Jazz Journalists Association Jazz Awards for Music and Recording were announced on April 15th and they include some of the best known as well as upcoming jazz artists.  Included among this year’s winners are Herbie Hancock, Wayne Shorter, Terrence Blanchard, Gregory Porter, Christian McBride, and Buffalo native Dr. Lonnie Smith. 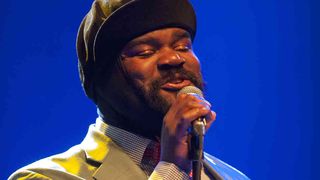 The Buffalo area has been fortunate to have the likes of Herbie Hancock and Wayne Shorter in
performance recently.  In January of 2012, as part of the Albright-Knox Art Gallery Art of Jazz series produced by Bruce Eaton and sponsored by Hunt Real Estate, Gregory Porter made a memorable appearance.  Since, he has gone onto international acclaim; becoming a Grammy award winner for his Liquid Spirit album.  He is this year’s JJA Award winner for male jazz vocalist.  Here is a video featuring Gregory Porter performing Hey Laura on Jimmy Kimmel Live: 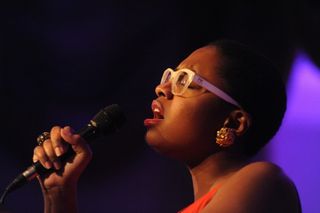 Bruce Eaton, with keen foresight, brought to the area an artist on the cusp of soaring in Gregory Porter.  Cecile McLorin Salvant, a refreshing young jazz vocalist, being compared to the likes of Billie Holiday and Ella Fitzgerald, will be making an appearance at the ABKAG Art of Jazz series on Saturday, April 26.  Winner of the JJA award and Grammy nominee for her Woman Child debut album, she is about to soar into international acclaim as well.  Here is Cecile McLorin Salvant performing her most played song on the airwaves live at Dizzy's in New York City, I Didn’t Know What Time It Was: