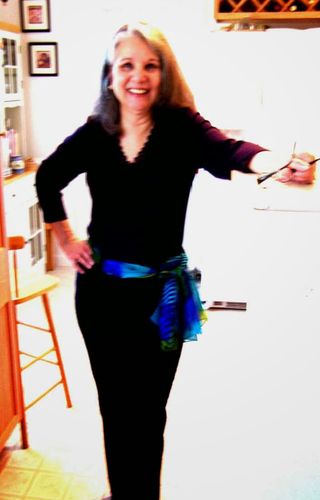 Jazz vocalist Diane Taber is no stranger to Buffalo.  Although Diane now resides in Ohio, she continues strengthening her strong ties to the Buffalo Community.  Diane has deep roots to her hometown and is a graduate of Lafayette High School and State University College at Buffalo.

Diane has been performing since the young age of 16.  Having performed and worked with the likes of Don Menza, Sam Noto, Ann Fadale, and the legendary Al Tinney.  After honing her craft interpreting the great jazz standards and works of others, Diane began to charter a new path.  Since 2006, Diane has been working on writing and recording her own original music and songs.  Developing a unique blend of creative as well as entertaining jazz vocals.

Her latest project is the album/CD entitled More Than One Ingredient.  This is a marvelous album featuring all of Taber’s own original songs and music.  The story doesn’t end there.  Included in the recording of this album are some of Buffalo’s finest musicians.  The line up consisted of:

Each of these musicians has their own storied accomplishments in the jazz and music world.  The fantastic accompaniment of talented musician from Buffalo makes this a true work of art.

One song displaying Diane’s originality and infectious rhythmic tempos is a tune entitled Piranha.  Just recently released is an animated video for Piranha by celebrated U.K. artist Alban Low.  Here it is for your viewing and listening pleasure:

Diane has produced a super album of original jazzy tunes with stirring vocals, which will get your attention.  You can find More Than One Ingredient on Amazon or CD Baby.  The CD is also available on iTunes.  Brian Soundy of the "Jazz in the 21st Century” show on UK Jazz radio has this to say:

"Such maturity and depth in her writing, with each offering on this brilliant CD sounding like a standard but with an extra large portion of freshness, and that ain't easy. Let's have more from Diane."