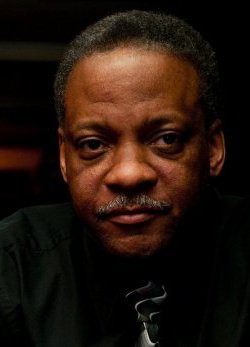 Jazz swung into full gear this summer with the fabulous Phil DiRe Quintet plus special guest Jay Beckenstein at the Albright-Know Art Gallery Summer Jazz Series.  Next in the series is Doug “Trigger” Gaston, our well-known mainstay with The Jazz Example, which has performed every Friday night at the Anchor Bar.  The concert is scheduled for Sunday at 2pm at the steps of the Art Gallery.

Doug has had a musical journey as a composer, performer, and arranger on a national and international level.  He has worked with such jazz artist as Frank Foster, Clifford Jordan, and Delfayo Marsalis.  He is sure to have his compliment of surrounding local jazz artist to make for another great concert event.

Joyce Carolyn at the 31 Club Vocalist Joyce Carolyn will be making a regular appearance at the 31 Club beginning this Friday.  She will be with the Abdul-Rahman Qadir Trio, which will feature Abdul on drums, Dale Toliver on guitar, and Barry Boyd on bass.  Performance gets underway at 9:30pm.  Joyce Carolyn has had a prolific career and in 2009 released the CD “You Can’t Make No Money Singin’ Jazz”  – which was picked up by many Internet jazz radio shows.  Her professional career includes dance with the Gemini Dance Company, classical singing, sitcom appearances in the show What’s Happen Now, and appearances in and around New York City.   She has also performed regularly with Doug "Trigger" Gaston at the Anchor Bar.  This should be a good run as they say!

Christina Custode at the Topper Social Club in Niagara Falls Thursday at 7pm.

The Jazz Example at the Anchor Bar Friday at 8pm.

The Magpies will be at the Roycroft Inn in East Aurora this Friday at 7:30pm.

Sol Y Sambra will be at the Anchor this Saturday at 8pm.

Frank Gerard and the Ray Chamberlain Quartet with Cheryl Ferris on vocals will be at Mason’s Grille 52 in Hamburg this coming Wednesday at 7:30pm.