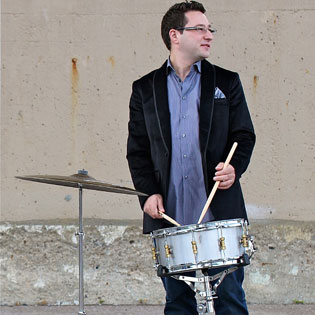 On Sunday, July 20th, Buffalo's native son Carmen Intorre, Jr. returns for a special engagement at Milkie’s Lounge beginning at 2pm.  A matinee performance is planned, which includes the trio of Carmen on drums, the internationally known jazz organist Pat Bianchi, and the scholarly master jazz guitarist Dan Wilson.  This spectacular trio of talent will be performing music from Carmen’s CD entitled “For The Soul”, released in 2012-2013.

Born in Buffalo, Carmen began at the early age of five playing drums.  By the time he was sixteen, he was playing locally with the likes of Al Tinney.  He also became the steady house drummer at the old Calumet on Chippewa Street, which brought in headliners at the time like David “Fathead” Newman.  Carmen eventually moved to New York City and became one of the initial class of eighteen students to graduate from the Institute for Jazz at the Julliard School.

Since, Carmen is forging an illustrious career.  Occasionally performing and recording with Joey DeFrancesco.  Playing regularly at the famed jazz club Birdland in New York City.  Most recently, he has toured with jazz great guitarist Pat Martino.  Performing in front of sold out concerts in Spain, Italy, Japan, and in the U.S.  Pat Bianchi, on the B3 organ, also is a member of the Pat Martino Trio traveling the globe.   Check out this very cool trailer for a recent appearance in Tokyo:

And here is a clip of the Pat Martino Trio performing Sonny Rollins' "Oleo" in Italy:

Pat Bianchi is a native son of WNY and hails from Rochester.  Pat has gone on to be one of the premier B3 jazz organ players in the world today.  Performing in New York City and internationally.  Dan Wilson, who has a Master’s in Music, has shared the stage with many greats including Russell Malone.  Performing in and around the Pittsburgh area frequently.

Here is a video from Carmen’s For The Soul CD, which featured both Pat Bianchi and Joey DeFrancesco as well as the great music you can expect to hear:

This is one special show you don’t want to miss.  More importantly, it gives us all a chance to welcome home once again Buffalo’s native son Carmen Intorre, Jr.

The concert is scheduled for Sunday July 20th, from 2:00pm to 5:00pm at Milkie’s Lounge on Elmwood Avenue.  There will be a $10 admission charge.