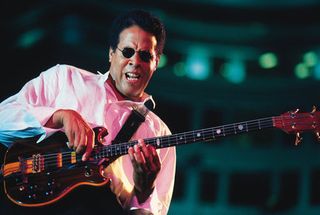 For the second week in a row, Buffalo has jazz bassist greats coming to town.  The first up is the highly regard Stanley Clarke.  The second is William Parker who brings his William Parker’s In Order To Survive Ensemble with him to Hallwalls.

Stanley Clarke has been one of the most prolific jazz and jazz fusion bassists for the past forty years.  He has crossed the chasm from jazz standards early in his career playing upright with the likes of Art Blakely and Stan Getz to joining the famed Return To Forever jazz fusion band led by Chick Corea.

He became best known in the jazz fusion world for putting the electric bass front and center as a lead instrument.  His unique sound in the ‘70’s rocketed him to a special place in the jazz world.   See the Stanley Clarke Band at The Tralf this Friday, October 17th at 7pm or 10pm.

Here is a clip of an upcoming documentary on Stanley Clarke: 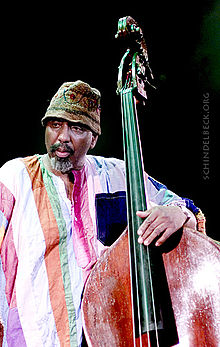 William Parker has made a name for himself in the free jazz world.  Parker brings a fiery and dynamic bass deep sound to his bass instrument.  His lengthy concerts and songs have become legendary in the avant-garde world of jazz.  Without a doubt, Hallwalls is showcasing one of the true greats in free jazz on Sunday October 19th at 8pm.

Here is a clip of William Parker on a unique version of a Curtis Mayfield song – certainly less free than what to expect on Sunday: 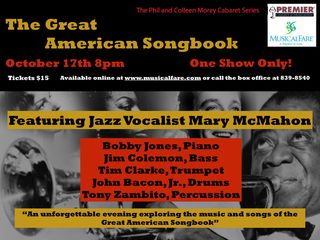 A special performance of the Great American Songbook highlights the Buffalo Jazz world this week, featuring jazz vocalist Mary McMahon  and takes place Friday October 17th at 8pm at MusicalFare Theatre Cabaret.  This sold out show will feature Buffalo great Bobby Jones on piano, Jim Colemon on bass, Tim Clarke on trumpet, Tony Zambito on percussion, and John Bacon, Jr. on drums.   Let's hope for more of this show in the future!