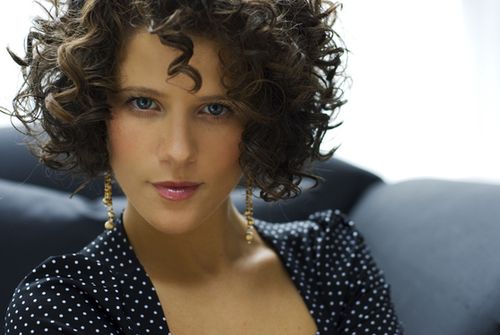 On December 5th, the Buffalo area gets a visit from one of today’s finest female jazz vocalists around.  Cyrille Aimee was raised in France and became a lover of gypsy style jazz.   She was influenced by the Django Reinhardt sound as well as festival held annually in France.  She also placed first in a vocal competition held at the Montreux Jazz Festival.

Cyrille Aimee now resides in New York City and just finished a smashing successful Thanksgiving weekend engagement at Birdland.  She can be found singing in the jazz clubs of New York City when she is not touring extensively.  In fact, you can get two live New York City recording CD’s – one from when she was at Birdland previously and another while performing at Smalls jazz club.  Most recently she has been touring with Brazilian guitarist Diego Figueiredo to rave reviews.

Here is what Jazz Times had to say about Cyrille Aimee:

"When you see Cyrille Aimée perform, you instantly fall in love with her—her voice, eyes, curls and the joyful spirit she invests in each song."

Her most recent CD, It’s A Good Day, is proving to be a breakout recording for Cyrille Aimee and has garnered superlative reviews.  Aimee’s occasional Jam Of The Week videos have proven to be quite the sensation on Facebook and Youtube.  Here she is doing a fantastic version of Night and Day:

Here is another video of Cyrille Aimee performing the single Bamboo Shoots from her CD It’s A Good Day.  When she does visit, it is sure to be a good day in Buffalo.