The weather is mighty cold out.  The favorite saying around here these days is: “hey, its’ Buffalo!”   There is plenty of hot Jazz In Town to keep you warm so don’t miss a beat because of the weather.

Here are some of the notable Jazz In Town happenings to look for this weekend and beyond: 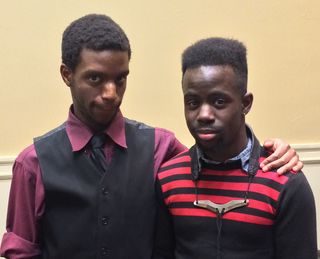 On Thursday, beginning at 8pm at Pausa Art House, catch a glimpse of jazz in Buffalo in the future.  Aaron and Syl DuBenion come together to offer you a night of their original compositions.  Yes – you read that right!  As young as they are, they are writing their own original compositions.  Trumpeter Aaron is a graduate of the Buffalo Academy of the Visual and Performing Arts, currently finishing up his undergraduate at New England Conservatory. Saxophonist Syl is a graduate of Hutch Tech, beginning his master’s degree studies at NYU Steinhardt, after studying at the Berklee College of Music.  They will be joined by two of our finest young as well as up and coming jazz artists in town, Jared Tinkham on guitar and Brian DeJesus on bass, with David Phillips on drums rounding out a neat quintet.  (See Mary Kunz Goldman of the Buffalo News write-up here: Brothers) 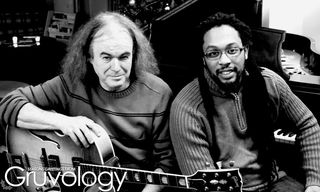 On Friday, beginning at 7pm, catch the duo force behind the jazz-fusion group Gruvology, Walter Kemp III on keyboards and Bernard Kunz on guitar.  While listening, grab a hot cup of java at Mike Caputi’s new fab coffee joint named The Daily Planet on Hertel and Parker in North Buffalo.  The duo will perform originals and standards.  (See Buffalo News Cheap Eats write-up on the Daily Planet by Lisa McPartland here: Daily Planet)

Friday at 7:30pm, see the Magpies beginning at 7:30pm at the Roycroft Inn in East Aurora.

The Jazz Example, led by Doug “Trigger” Gaston continues its’ Friday run at the Anchor Bar beginning at 8pm 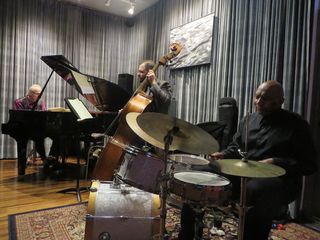 This Saturday at 8pm at Pausa Art House, see The Three Kings Trio with Jim Bieshline on piano, Ben Levitt on bass, and Abdul-Rahman Qadir on drums.  Like their other appearances, the band plays around a theme.  This night they will do “Sounds From The Delta”.

On Saturday beginning at 8pm, see Latin Jazz group Sol Y Sombra at their weekly performance at the Anchor Bar

This Saturday, you can find another youthful group, led by saxophonist Jon Lehning, playing at the Alternative Brews beginning at 9pm.  The Jon Lehning Quartet consist of Harry Graser, Anthony Henry, and Erik Hallmark.  The band’s special guest will be Tim Clarke on trumpet.

On Saturday at 9pm at the Gypsy Parlor on Grant Street, see the Fredtown Stompers 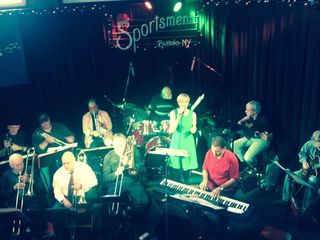 We Lost An Icon

As many of you know, Buffalo is mourning the loss of Lance Diamond.  He was a fixture on the Buffalo Music scene for several decades whose legend only increased every year.  Tribute and services will be taking place Friday and Saturday at Kleinhans Music Hall.  There is a fantastic article in the Buffalo News by Jeff Meirs with a looking back video of Lance Diamond.  Check it out here:

First, let us all congratulate the nominees written in by you – the fans of jazz.  As of this writing, there have been over 800 respondents who have taken the poll.  What a fantastic outpouring of Buffalo Love for the music of jazz and the artists who perform!  There are only a couple of days left so if you haven’t voted yet you can here at this link:  JazzBuffalo Reader’s and Fan Poll.  Look for the results soon.