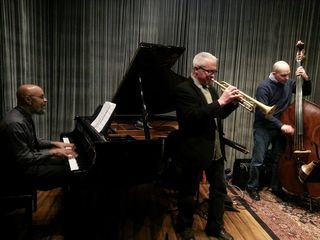 From east of the room to west of the room, George Caldwell and Trio East put on an awe-inspiring performance last night at Pausa Art House.  These accomplished musicians have a history together when they toured with the Count Basie Band in the late ‘90’s.  One thing we can say is they have not lost their chemistry – in fact you can say it is likely even more bubbling robust than before.

The fact of trumpeter Clay Jenkins, bassist Jeff Campbell, and drummer Rich Thompson work together as professors at the prestigious Eastman School of Music at the University of Rochester makes for a powerful combination of jazz improvisational talent.  Getting together with George Caldwell for this outing was a perfect match.

From the first note of their opening tune, John Coltrane’s Up Against The Wall, you knew you were in for a special and magical ride.  On this first tune, they did not waste anytime displaying innovative techniques and seamless transitions.  They followed up with Duke Ellington’s I Let A Song Go Out Of My Head, which they dialed in a soothing bebop rendition. 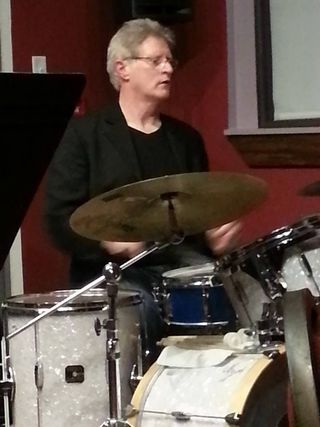 Rich Thompson introduced his original composition Less Is More.   The song is a hard bop type tune giving each member shining moments.  But, make no mistake; this was Rich Thompson’s tune.   Rich Thompson gave a master clinic last night on powerful and innovative jazz drumming.   Using hands, two-mallet vibraphone handling on cymbals, and multiple rhythms in the same song.   Think of a luxury automobile with a powerful engine.  Thompson plays with power yet the style is classic elegance.  This was mastery of jazz drumming at its’ best.

Another original tune, West End Avenue, by Jeff Campbell was fantastic and Jeff displays masterful command of the bass.  Clay Jenkins showed us an incredible ability to quietly fade notes to other members in the song My Ship as well as the Thad Jones tune Kids Are Pretty.  Jenkins playing is captivating. 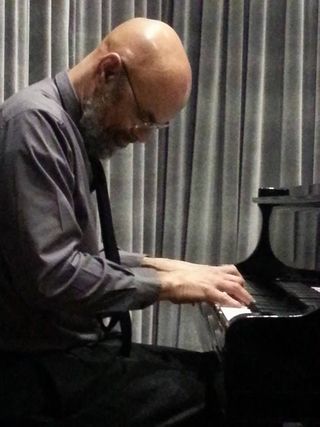 The highlight of the two-set evening was the classic Duke Ellington song In A Sentimental Mood.   It somehow seemed fitting these ex-Basie band members would pay homage to Ellington.  The band introduced a tempo for this song that was like a long slow dance.  It was In A Sentimental Mood and then it was something else.  George Caldwell was magnificent.  At one point, he produced a cloudburst of musical notes that rode on top of the slow-tempo.  They rained down on the audience like beautiful sparkles.

It is early in the New Year.  For those in the audience, there is no doubt this will still be one of the most memorable jazz performances by the end of the year.

(Thanks to Kevin Doyle for the fantastic pictures from last night!)