The deep freeze just seems to get deeper – enough already!    The deep freeze may be here but the music goes on.  In order to carry on, you need to get by with a little help from friends.  Here are some friendly Jazz In Town events for this weekend: 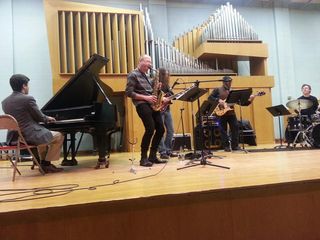 What do you do when you have friends and neighbors on the faculty of Villa Maria Jazz Program?  Why, you form a faculty jazz quintet named Friends and Neighbors.  Catch the Pausa debut of this group with Kelly Bucheger on sax, Ron LoCurto on guitar, Jerry Livingston on bass, Michael McNeil on piano, and John Bacon Jr. on drums.  Tonight, Thursday at 8pm at Pausa.  The weather may freezing, but the jazz is sure to be hot. 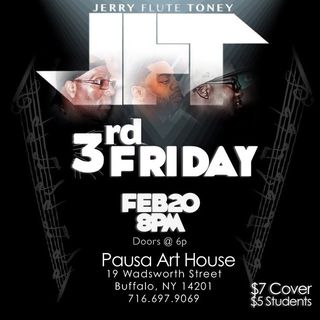 Look for My Cousin Tone' at Wegman's on Sheridan and Evans Friday at 6pm with special guests Matt Harris , Pete Dauphin, and Mark Harris.

Check out Gruvology with Bernard Kunz on guitar and Walter Kemp III on keyboards at the Roycroft Inn Friday at 8pm.

At 8:30 on Saturday you can catch All Hands at Oliver’s Restaurant

Look for Colleen Williams with Bobby Jones and Jerry Livingston at Gigi’s next Wednesday at 8pm.