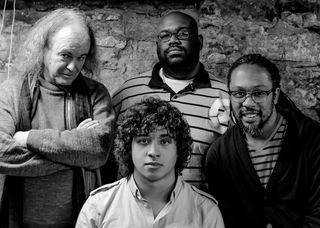 This weekend, Buffalo gives a big send-off to our very own jazz-fusion band Gruvology.  They are about to embark on a European tour taking the band to early April dates in France, Belgium, Germany, Switzerland, and Holland.  Becoming Buffalo’s jazz ambassadors to the world.

To help fund this European tour, there will be a special fundraising show at Pausa Art House beginning at 8pm this Saturday, March 28th.  A host of Buffalo jazz artist will be stopping by to lend their talents such as Bobby Militello, Bobby Jones, and George Caldwell.

The band is fresh off of its’ magnificent “Freeway” release from last year.  They also garnered the most votes for the 2014 JazzBuffalo Readers and Fan Poll for best jazz-fusion band.  Let’s give a big, warm send-off to Walter Kemp Jr. III on piano, Bernard Kunz on guitar, James Bender on bass, and David Teaspoon Hulett on drums.

Tickets are $15 at the door and you can also donate through their fundraising site at https://www.indiegogo.com/projects/gruvology-tour-europe

(The band will also be making an appearance today at Villa Maria College for the M&T Concert Series lunch program beginning at 11:30am and hosted by Michael McNeil) 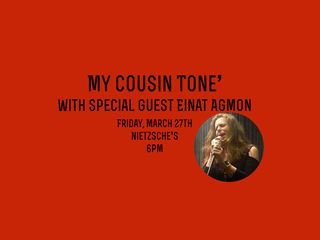 My Cousin Tone’ with special guest Einat Agmon.  This Friday, March 27th beginning at 6pm until 9pm, My Cousin Tone’ will bring the 7 piece big band sound to Nietzsche’s with special guest on vocals, Einat Agmon.  The combination of the dynamic soulful voice of Einat Agmon backed by the brass sounds is sure to be a fun combination.  See Karen Ragusa on bass, Jim Matteliano on keyboards, Tony Zambito on percussion, Andy Peruzzini on trumpet, Tim Martin on sax, Pete Dauphin on trombone, and Bill Basil on drums. 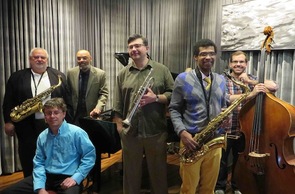 Star People – The Miles Davis Project.  This band makes it back to Pausa Art House Friday at 8pm.  Led by George Caldwell on piano, the band features the music and influence of Miles Davis.  Joining George will be Bobby Militello on alto sax, John Bacon Jr. on drums, Danny Ziemann on bass, Miles Tucker on tenor sax, and Tim Clarke on trumpet.

Look for Jazzline at the Roycroft Inn beginning at 8pm

Lebro’s will host the Phill Simms Quartet for a Saturday afternoon performance beginning at 3:45pm

Bobby Militello’s Family has been the proud owners of the Bijou Grille and hope to do their part to bring jazz to downtown Main Street.  See Phil Simms Quartet with the fabulous vocals of Katy Minor next Tuesday, March 31st at 7pm.

This Sunday, March 29th at 5pm, there will be a jazz jam benefit to support the cause of MAP – the Massachusetts Avenue Project.  The MAP project is about revitalizing this important area of Buffalo’s West Side.   It supports both the beautification of the area and assistance to the people who live in the community.   Led by Mari McNeil on vocals, she will be joined by bobby Militello, John Bacon Jr., Michael McNeil, and Wayne Moose.  Tickets are $50 ($55 at the door) and the event takes place at the Shango Bistro and Wine Bar.  Get tickets here: https://www.brownpapertickets.com/event/1358359