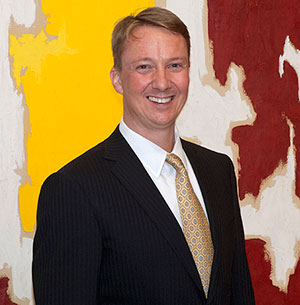 On Thursday, August 20, Janne Siren, the Peggy Pierce Elfvin Director of Albright-Knox Art Gallery and Jon Nelson, the Ziegele Professor of Music at the University of Buffalo and Artistic Director of Pausa Art House, jointly announced the return of the Art Of Jazz Series.  The press conference was well coordinated and organized by Andrew Mayer, Communications Coordinator at the AK Art Gallery, on Thursday morning and attended by the gallery staff and members of the news media.

The series had a successful fifteen years run when first organized and launched by series producer Bruce Eaton.  Bringing many nascent jazz stars to the community such as Gregory Porter and Eric Alexander.  Cécile McLorin Salvant held the last concert on April 26, 2014 with her performance, where Eaton announced his involvement in producing the series was ending.  The series long time sponsor, Hunt Real Estate will continue to serve as the sponsor of the series.

The press conference was led off by Janne Siren, who stressed the importance of synergy in all forms of art including that of music.  Janne Siren’s statements were indicative of the synergistic collaborative environment Siren envisions for the Art Gallery and the artistic community of Buffalo. 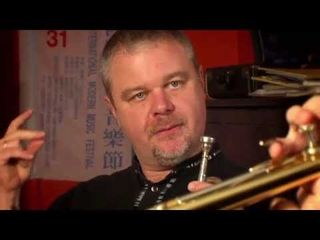 Jon Nelson, who will serve as the producer of the Art Of Jazz Series, announced the series will present four separate concerts, which will take place in the AK Auditorium.  During his statements, Nelson reviewed each of the four concerts to take place.  Further information from the press release and announcement follows below on the artists and concerts to be held.

In a one-on-one interview afterward, Jon Nelson stated “we are living in a more global world now – a global economy.  What I hope to do and envision is to bring a more openly global as well as artistic presentation to the series.  Jazz is more global today and I believe the concerts will be unique in giving the City of Buffalo a taste of jazz globally that is hard to find anywhere else.” 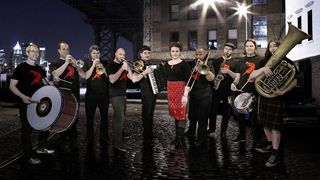 The internationally recognized nine-piece band creates an acoustic mash-up of Balkan and Rom (gypsy) sounds with North American jazz, weaving gospel, funk, and Latin influences into a Balkan setting. The band has made its mark on the brass band scene, as its original compositions are being performed by brass bands from New Orleans to Serbia. SSP has also recorded six live albums.   Here is a video clip of the band performing: 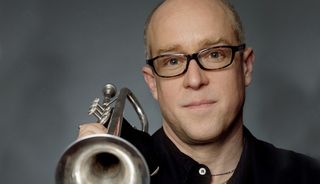 Trumpeter Dave Douglas has been internationally recognized for his efforts as a player, composer, teacher, and supporter of independent jazz. A Guggenheim Fellowship recipient, Dave has served as artistic director of the Workshop in Jazz and Creative Music at The Banff and received two Grammy nominations. He operates his own record label, Greenleaf Music, featuring his recordings as well as albums by other jazz artists, and he is co-founder and director of the Festival of New Trumpet Music, founded in 2002. Here is a clip of the quintet from the Be Still My Soul CD project:

Since emigrating to New York in 1999, the Cuban saxophonist, percussionist, and composer has performed with numerous jazz luminaries including Chucho Valdéz, Branford Marsalis, Steve Coleman, Roy Hargrove, Gonzalo Rubacalba, and Silvio Rodriguez. Terry was recently a recipient of the prestigious Doris Duke Award in Jazz, and his album Today’s Opinion received a Grammy nomination.  Here is Terry in performance with the Afro-Caribbean Quintet:

Yosvany is also one of the world's master virtuoso shekere players, which this video displays: 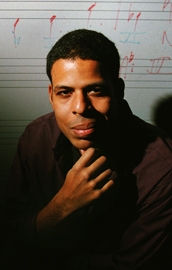 David Sanford is one of the most interesting American composers of our time. The recipient of numerous awards, including the Prix di Rome, the Guggenheim Fellowship, commissions from the Fromm and Koussevitzky Foundations, and most recently a Radcliffe Fellowship, Sanford’s music straddles the line between jazz and modern classical, channeling influences from Charles Mingus, Arnold Schöenberg, James Brown, and countless others. The twenty-piece unit will also feature four generations of Maynard Ferguson alumni—Bobby Militello, Bruce Johnstone, Hugh Ragin, and Andy Weinzler—as well as a cast of David’s core musicians from New York, Boston, and Buffalo.  Here is a video of the collective, in which Nelson states “it is hard to define Sanford’s music as just jazz, it is a mix of jazz, classical, and everything else”:

The four concerts certainly take on a more international flavor than in the past.  Bringing modern artistry and eclectic sounds to the music of jazz intended for the Art Of Jazz Series.  As Janne Siren referenced in his opening remarks, the series will be synergistic with the spirit of the AK Art Gallery as well as the mission of the gallery.   Which is to enhance the understanding and appreciation of contemporary and modern art.  The four concerts can be categorized as both contemporary and modern indeed; synergistic with that of the AK Gallery’s mission.

(Individual concert tickets are $29 ($24 for AK Members). Season tickets for all four concerts are available at a discounted rate of $105 ($85 for AK Members). For more information and to purchase tickets, visit www.albrightknox.org/artofjazz1516. Tickets can also be purchased at the Albright-Knox Art Gallery Admissions Desk. Concerts often sell out in advance of each performance, so please order tickets early to avoid disappointment.)