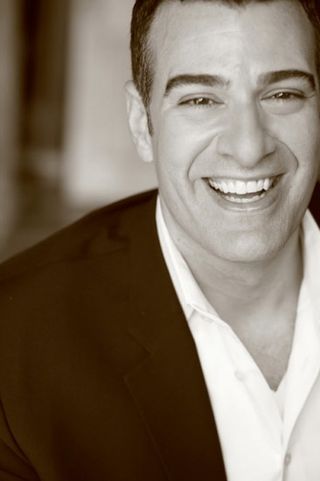 It has been nearly a dozen years since Paul Marinaro packed his bags and headed to Chicago to stake out a living as a jazz vocalist.  Landing in a town with a rich history of jazz influence with a promise of opportunities to have his voice heard.  Since arriving in Chicago, Paul Marinaro has certainly made a name for himself as one of the most sought-after male jazz vocalist.

JazzBuffalo, in partnership with MusicalFare Theatre, are excited to present and welcome the return home of Paul Marinaro.  Three shows are scheduled for Saturday, August 29th at 8pm and Sunday, August 30th at 2pm and 7pm in the Premier Cabaret Lounge of MusicalFare Theatre.  The Saturday show is sold out while tickets remain for Sunday.

From his days of watching, listening, and learning from the weekly appearances around town of the late great pianist Al Tinney, Paul had dreamed of being a jazz vocalist.  Coming from a large Italian family, he was influenced by the music of his parents, which included Frank Sinatra and the Great American Songbook.  The festive nature of such songs made a lasting impression on the young Paul Marinaro.  An impression that later turned into a passion for the art of the song. 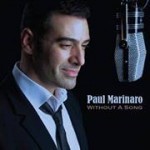 As a young boy, Paul began his love affair with the music of the Great American Songbook through a discovery of an old 78RPM homemade recording by his father.  In the recording, he heard the voice of his father sing That Old Black Magic.  In 2013, Marinaro produced a concept album Without A Song, dedicated to his Dad’s dream of becoming a professional singer.  On it, this 78RPM recording has been meticulously restored for Father and Son to be on the same recording.  The album features many of the songs from the Great American songbook and the smooth yet powerfully resonating vocals of Paul Marinaro.  What follows is a beautiful trailer on the concept album Without A Song.

Marinaro will be joined by an all-star band, which includes another Buffalo native with roots tethered to Al Tinney, drummer Carmen Intorre.  Carmen currently tours worldwide with the Pat Martino Trio.  Coming in from New York City will be internationally recognized jazz musicians Ben Paterson on piano and bassist John Tate.  This will be a momentous first-rate homecoming for Paul Marinaro in Buffalo.

Many thanks to Randy Kramer and the staff at MusicalFare Theatre for making possible this momentous jazz event and what amounts to a homecoming of one of Buffalo’s favorite sons.