Variety marks jazz in the Greater Buffalo area this week.  Mixed with just about every style possible.

Andy Weinzler received a Bachelor of Music degree from the prestigious Eastman School of Music, and a Master of Music degree in Jazz Studies from the University of Miami (FL) where he was a member of the acclaimed Concert Jazz Band with fellow saxophonists Andy Snitzer, Ed Calle and Mike Scaglione.  He has toured the United States with Maynard Ferguson and has performed with the big bands of Lionel Hampton, John LaBarbera, Tommy Dorsey and Glenn Miller.  He has also been called upon to tour with Chuck Mangione and the big bands of Woody Herman and Buddy Rich.  Andy has had the privilege of performing with artists such as Dizzy Gillespie, Sam Noto, Joe Romano, Bruce Johnstone, Joe LaBarbera, Don Menza, Tony Bennett, Kevin Mahogany, Tom Schuman, Jeff Hamilton, Aretha Franklin, Natalie Cole, Della Reese, Frankie Valli, the Temptations and Spinners.  He has been a tenor and soprano saxophone soloist with the Gap Mangione Big Band since 1991 and has recorded 3 CDs: ‘Planet Gap’ (1997), ‘Stolen Moments’ (2002) and ‘Family Holiday’ (2004), featuring world-class musicians Steve Gadd, Tony Levin, John Patitucci, Grant Geissman and fellow saxophonists Pat LaBarbera and Gerry Niewood.  In 2015 Gap released the quintet recording 'Live in Toronto' featuring Andy, Pat LaBarbera, Neil Swainson and Steve Curry.  He can also be heard on Wendell Rivera’s Latin Jazz Ensemble CD featuring world-renown bassist John Patitucci.  Starting at age 17 Andy began performing with the Buffalo Philharmonic Orchestra (BPO) and has since performed with many artists such as Doc Severinsen, Eddie Daniels, Johnny Mathis, Bob Hope, Nancy Wilson, Maureen McGovern, Peter Nero, Ben Folds, Mark Isham, Glenn Campbell, Marcus Roberts and Chucho Valdez.  Andy can be heard on two BPO recordings (Naxos), which feature the music of George Gershwin and Duke Ellington.  Andy was honored to be featured in the May/June 2013 Issue of ‘Saxophone Journal’ (Dorn Publications).  As a member of one of Buffalo's premier Salsa groups, 'Sol y Sombra', Andy can be heard performing regularly at the famous 'Anchor Bar'.   As a woodwind doubler he has been in orchestras in Miami and Buffalo for Broadway shows such as ‘West Side Story’, ‘Chorus Line’, ‘42nd Street’, 'Evita', 'Grand Hotel', 'Thoroughly Modern Millie' and ‘Fiddler on the Roof’.  Andy was Assistant Professor of Jazz Studies at St. Francis Xavier University, Antigonish, Nova Scotia, Canada (1986 to 1989) where he taught saxophone, woodwinds, jazz theory, improvisation and composition and was a member of the in-residence faculty jazz sextet, JazFX, performing at major Canadian jazz festivals.  There he recorded several original compositions for the Canadian Broadcasting Corporation (CBC) as well as the self-titled record for Mark Records.  He also oversaw operations of the university recording studio.  Andy’s students have attended the Eastman School of Music, the University of Miami (FL) and other fine programs.  Andy is deeply grateful for all of the wonderful opportunities and experiences he has had through music and acknowledges them all as blessings from God.

Vocalist Colleen William with Bobby Jones on piano and Jerry Livingston on bass will be at GiGi’s on Wednesday, September 9 beginning at 7pm

On Thursday, September 10 see the Alfie Alessandra and Phil Sims Duo at Merge beginning at 7pm. 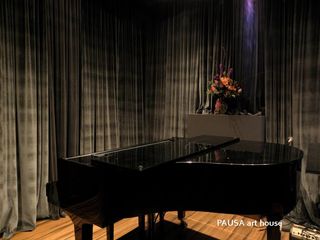 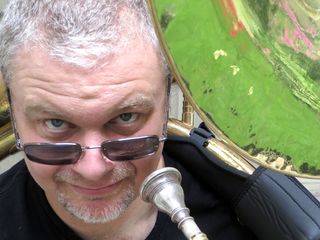 On Friday, September 11th, see the Katy Miner Trio with Katy on vocals, Phil Sims on keyboards and trombone, and Paul Zapolowski on bass at the Saigon Cafe beginning at 9pm.

See saxophonist great Phil DiRe with Mark Filsinger on trumpet, Warren Stirtzinger on guitar, Wayne Moose on bass, and Tom Kasperek on drums at Giancarlo's on Friday, September 11th at 6pm to 9pm.

See My Cousin Tone' at Wegman's on Sheridan and Evans on Friday, September 11th beginning at 6pm

Spyro Gyra returns to the Buffalo area with a special concert at the Sportsmen Tavern on September 20th.  Tickets $45 and $50 day of show.

Block off September 20th for next JazzBuffalo Sunday Jazz Series at 189 Main in East Aurora with What Would Mingus Do?

Block off September 25th as Jazz Vibes performs at Pausa Art House.  This will be a special fundraising event for Joanne Lorenzo and her work with the Mary Magdalene Project in Niagara County.  Look for a star-studded list of jazz musicians chipping in.