Buffalo continues to be visited by world-class jazz musicians.  Do you think the word is getting out about jazz awareness and appreciation in Buffalo?  I say the low hum is getting slightly louder with much more room to grow.  But, for the fans of jazz, of all kinds, it is certainly exciting to see more and more first-class jazz available, which enriches the cultural scene here in our city. 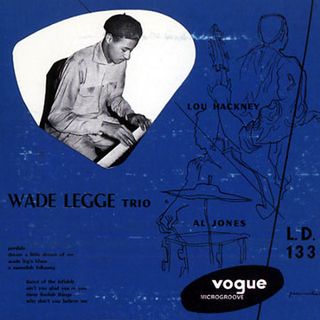 Wade Legge was a bassist and pianist from Buffalo who was one of the early pioneers of jazz in the 1940’s and 1950’s, when he was called by Dizzy Gillespie to be part of his ensemble.  Legend has it that Milt Jackson heard Wade Legge on bass here in Buffalo and called his buddy Dizzy, who at the time was establishing a new rhythm section.  Legge performed with Dizzy Gillespie until 1954.  While on the first month of their first tour together, Dizzy heard him on piano and switched him to piano from bass.  Legge went on to play for the likes of Charles Mingus and Sonny Rollins.  Appearing on 50 recordings until his untimely death in 1963 at the young age or 29.

Juini Booth, one of the top bassist in the world, who hails from Buffalo, has performed with many of the greats including being a member of the McCoy Tyner Quintet.  He will be leading the tribute and has Kelly Bucheger on saxophone (leader and composer of the band What Would Mingus Do?) and the young Ryan Campbell on drums.  The event will be October 17th beginning at 8pm at Pausa Art House.  As always with Juini Booth, expect the unexpected from a true jazz master.   Here is Wade Legge on a 1957 Charles Mingus recording called Blue Cee, where you can here his talented piano musicianship – a great from Buffalo:

For the second week in a row, Buffalo gets a visit from one of the top avant-garde and free jazz performers in the world.  Trumpeter Lina Allemano will be visiting Buffalo from Toronto and is part of a 10th anniversary tour sponsored by the Canadian Council For The Arts.  She received recognition from Downbeat as one of the top innovative trumpeters of the future.  Her mark is made in free jazz and experimental music.  Below is a video of her performing and to give you a taste of what to expect.  Yes, free jazz is an acquired taste.  Not for all but no denying the world-class musicianship.  See her on Friday, October 16th beginning at 8pm at Pausa Art House.  Here is a sampling on what to expect:

Love Is In The Air 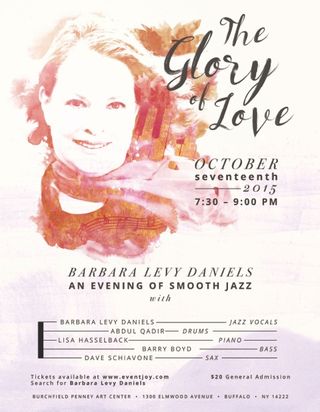 On Saturday, October 17th beginning at 7:30pm, vocalist Barbara Levy Daniels will lead a quartet in a concert entitled The Glory Of Love.  Featured in the quartet will be Dave Schiavone on sax, Lisa Hasselback on piano, Barry Boyd on bass, and Abdul-Rahman-Qadir on drums.  Daniels has been busy cutting two CD’s in the last two years and traveling back and forth to New York City on occasion.  Tickets are $20 for entry to the Burchfield Penney Museum.   Here is a video of Barbara singing live in New York City at the Something Jazz Club in March of this year: Making a plug here for something I was part of many moons ago.  The ensemble will perform under the direction of the Dr. Rick Fleming.  This is an opportune time for talented students to perform from a collection of traditional and contemporary jazz songs.  The concert is free and open to the public on Thursday, October 15th beginning at 7:30pm in Rockwell Hall on the Buffalo State campus.

On Sunday, October 18th beginning at 6:00pm you can catch Anthony Re and the Flat 5, which is followed by the CMC jazz jam.  Young talented Anthony Re, Brian DeJesus, Damone Jackson, Eric DeJesus, and Ralph DeMarco will make up the group.

On Friday, October 16th see Mark Filsinger and the Hot Trad Five at the Roycroft Inn beginning at 7:30pm with Mark Filsinger on trumpet, Ben Levitt on bass, Jared Tinkham on guitar, Phil Sims on trombone, and Candace Thomas on drums. 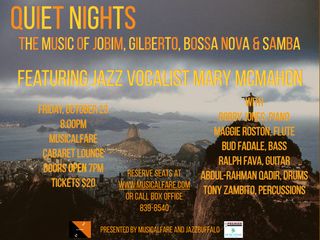 On October 23rd, see the production of Quiet Nights: Bossa Nova and Jazz Samba at MusicalFare Premier Cabaret Lounge with Mary McMahon on vocals, Bobby Jones on piano, Ralph Fava on guitar, Bud Fadale on bass, Abdul-Rahman Qadir on drums, and Tony Zambito on percussions.  Get tickets online at MusicalFare or call the box office at 716-839-8540. 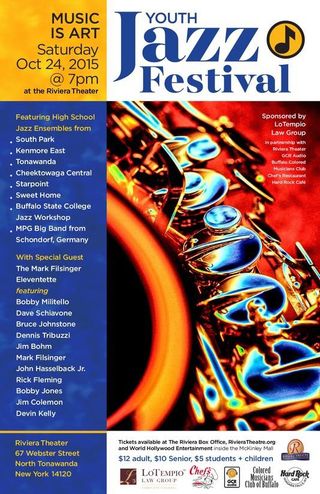 On October 24th, support the Youth Jazz Festival taking place at the Riveria Theatre which will feature several of the area's high school ensembles/bands.  Mark Filsinger's Eleventet will also give a performance in support of the event.  The event begins at 7pm with Admission of $10 adults and $5 student. 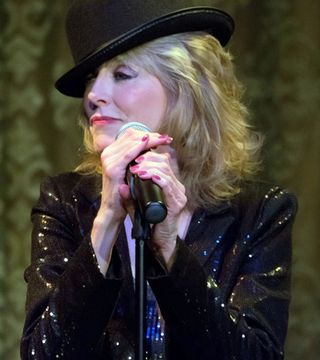 The fabulous Cindy Miller will visit us from Rochester on Sunday, October 25th at 189 Public House in East Aurora beginning at 5:30pm.  This next installment of the JazzBuffalo Sunday Jazz Series is truly going to be special so you don't want to miss this.  No cover too!