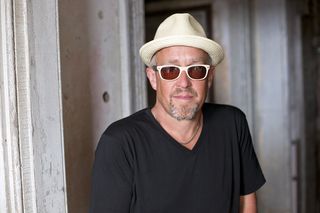 On Saturday, November 7th at the Art Of Jazz Series held at the Albright-Knox Art Gallery, Buffalo gets a special visit from one of the premier jazz trumpeters in the world today. Dave Douglas is a prolific performer, composer, and educator carving out an entrepreneurial path in the music business. All the more impressive to be doing so in the genre of jazz. Presented by Jon Nelson, Artistic Director and Producer of the series, Douglas will be appearing with his latest project, The Dave Douglas Quintet beginning at 7:30pm.

Since emerging on the jazz scene in the mid-1980s, Douglas has produced a diverse range of recordings and performances, which has been met with international recognition. Including two Grammy Nominations, an Aaron Copeland award, and a prestigious Guggenheim Fellowship.   Throughout the years, he has produced forty recordings by leading multiple projects. The current project, The Dave Douglas Quintet, released its debut recording Be Still in 2012 and has garnered rave reviews. This includes their latest released in October of this year entitled Brazen Heart. 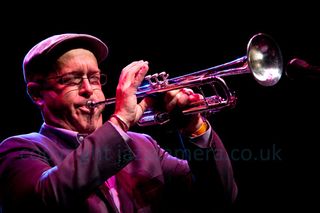 Douglas has also been putting his stamp on the jazz world through commissioned works and education. Producing commissioned works for several dance companies, the Library of Congress, and Stanford University. In addition, he has fulfilled a post as the International Jazz Artist In Residence at the acclaimed Royal Academy of Music in London.

To spearhead his drive to create and produce improvisational and engaging jazz projects, Douglas launched his own music label, Greenleaf Music. This is an entrepreneurial feat in the hard business of music recordings. He was recently noted in Bloomberg Business for his success with this endeavor.

Recently, in between one of the most active schedule of any jazz artist today, Dave Douglas gave time to an interview with JazzBuffalo.

TZ: Take me back to the beginning.  When did you first come to the realization you had to be a jazz trumpeter?

DD: I realized I had to be a jazz trumpeter when I failed early piano lessons because I would never play the pieces the same way twice. I switched to trombone when I was seven. Then, when I was nine, I wised up and switched to the trumpet. I didn't know if my music would be jazz, but I knew it would be improvisation.

TZ: If you had to choose one jazz artist who you define as influencing you the most in your early years, who would that be and why?

DD: If I had to pick one influence from my early years, it would only be Stevie Wonder. He taught me to sing and hear and feel. I learned to conduct by memorizing his records. There were others that were very important: Billie Holiday, Beethoven, The Beatles, and Coleman Hawkins.

TZ: There is a wonderful interview you had done recalling the lessons you learned from your one-year traveling with Horace Silver.  For our readers, what would you say is the single most important lesson you learned?

DD: The single most important lesson (thank you for forcing me to name one, there are so many!) from Horace Silver was Hipness. Hipness was the goal of the whole enterprise. You could break down the concept of hipness into many elements, and one of the chief elements would be Voice Leading. Being slick. Saying what you have to say in music with soul.

TZ: What is the one thing you would like the readers and audience to know about your latest CD just released in October entitled Brazen Heart?

DD: I consider the functioning of this band as a picture of how society could work: collaboratively, as a team effort, moving towards a common goal with creativity and dedication, with communal engagement, with passion and drive, with self-awareness and concision. The compositions for this quintet were written specifically for the way we work together. On this tour, the playing is going even further, and we'll look forward to seeing you in November!

TZ: Throughout your career you have completed over 40 recordings.  How would you say your recordings have evolved in that time period?

DD: I can only think of the recordings one by one. Each one is conceived as a special project. Most of them involve working, evolving groups of musicians, but even within each group, the music and the project changes from one record to the next. It's the only way I can work. I can't repeat myself, or anyone else. The attachment to legacy in the music – that is, the lessons of the masters – pushes me forward. You know what they say, the more you know, and the more you realize you don't know. I discover new music every year, every month, every day, every hour. And that is humbling and inspiring. There's no end.

TZ: What can you tell us about the quintet that will perform with you at the Albright-Knox Art Gallery on November 7th? 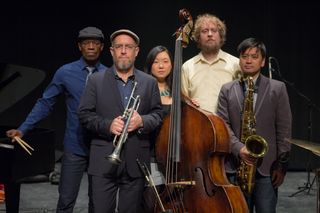 DD: The current quintet will be playing music from our latest recording, Brazen Heart, which you can see some nice examples of on the Greenleaf Music YouTube channel. We have the luxury of about 40 dates on the road together this fall. The band is Jon Irabagon on tenor, Matt Mitchell on piano, Linda Oh on bass, and Rudy Royston on drums. I think of it as an all-stars group. They are all leaders in their own right, and they bring a vision, creativity, and intensity to my music that is truly exciting in every performance. As a resonance of our album of hymns, Be Still, we will also perform hymns and spirituals from a 21st-century perspective.  It's a really interesting combination of repertoire.

TZ:  The Bloomberg Business story on your efforts with Greenleaf Music touts you as a shrewd entrepreneur who has made founding your own music company work.  What would you say is the most significant reason why you have been able to make Greenleaf work?

DD: A shrewd businessman! Ha! My father would have had a good laugh over that!

Greenleaf Music stays alive because I always let the music drive the decisions. I make projects sustainable, and I make sure to work to get the music into venues it needs to be. We are low to the ground so we are fairly nimble as to the new distribution channels, and well as being adaptable to new formats for release. For example, our subscription series has a new release every month; sometimes it's a three-minute track, sometimes ten. That freedom is inspiring, and, as I said, all the thought about how to proceed stems from the music itself.

TZ: Who are two jazz artists of today you are listening to and admiring?

TZ: Many in Buffalo will be seeing you perform for the first time.  What would you like to have the audience experience during your concert?

DD: I am very grateful for the opportunity to perform in Buffalo. The last time I was there, many years ago with Tiny Bell Trio, there was a major blizzard and about three feet of snow. Let's say we played for a 'select audience.'

TZ: The last question is the desert island question.  If you were stranded on a desert island with only one CD/album, which one would you want to be stranded with and why?

DD: Can I have a trumpet instead? Or I would cheat and say The Smithsonian Collection of Classic Jazz.

Here is the Dave Douglas Quintet in the studio performing and recording the tune Wake Up Claire for the album Brazen Heart on Douglas’s Greenleaf Music label:

The performance by the Dave Douglas Quintet is scheduled on Saturday, November 7th beginning at 7:30pm. Tickets are $29 ($24 for AK members) and can be purchased by visiting the Albright-Knox Art Gallery website here: Art Of Jazz Series.

Buffalo has an opportunity to hear one of the most gifted jazz artists on the scene today. Might not want to miss it!