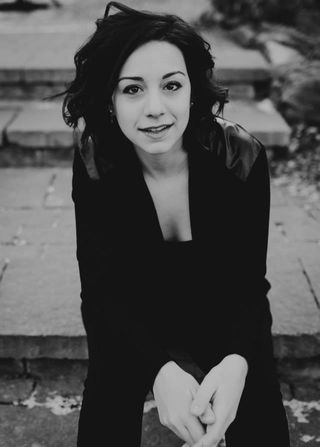 Local musician Christina Custode is one gifted musician with a good story. She is a classically trained pianist, vocalist, composer/arranger and a graduate of the prestigious Eastman School of Music, Rochester, New York.  Christina Custode has been recognized locally (Best Female Vocalist, Art Voice 2015 and 2013) for her original music, which transcends jazz, pop, folk, and rock. Christina is on the verge of national recognition as well.

Custode has received five GRAMMY® Award Nominations for her original song Fire. This contemporary piano and vocals piece is up for awards in five categories: “Best New Artist”, “Song of the Year”, “Best Pop Solo Performance”, “Record of the Year” and “Best Arrangement, Instrumental & Vocals” (with Stuart Epps).

“Fire”, the personally inspired single was written and performed by Christina Custode, produced by the legendary Stuart Epps (Elton John, George Harrison, Led Zepplin, Kiki Dee) of London, England, and re-mastered by Kevin Stratton (Grammy Award Winning producer for such artists as Chicago, Toto, Stevie Wonder, Thomas Dolby, and Van Halen). According to Christina, she states, “simply being up for nomination to receive a Grammy Award is a dream come true”.

JazzBuffalo, the jazz and music community, and the entire greater Buffalo area congratulate Christina on her nominations!   Be sure to watch the 58th Annual Recording Academy’s Award Ceremony that will air on CBS, Monday, February 15, 2016, from the Staples Center in Los Angeles, California, and root for Christina as one of our local favorites!

Here is a video of the GRAMMY® nominated song, Fire, by the gifted Christina Custode: