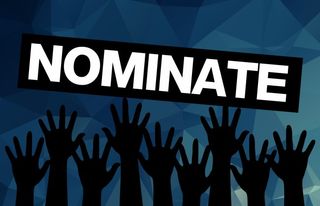 The year 2015 saw a resurgence of jazz in the Greater Buffalo area.  New groups, venues, the infusion of youth, and more growth in available jazz performances.  We have seen greater audience awareness and appreciation for jazz as well. Additionally, the readership of JazzBuffalo.org and subscriptions to the email newsletter format continues to grow.

Last year, we held our first-ever JazzBuffalo Readers and Fan Poll.  As part of the process of developing the poll, we provided the opportunity for the audiences and fans of jazz to provide input on nominations.  For the second annual JazzBuffalo Readers and Fan Poll, we will use this same process once again.  In addition, will also be receiving editorial input to nominations.  Our hope is to have more nominees per category come early January.

To be clear, this IS NOT the poll itself.  There are two stage: 1 – The Nominations and 2 – The Poll.  This is an opportunity for audiences who have attended performances and are readers of JazzBuffalo.org to provide their input regarding nominations before the poll goes up in early January for actual voting.  We want the audiences and fans of jazz to be a big part of this annual endeavor!

Here is your chance to have fun recalling your most memorable jazz performances and jazz artists.  Once gain, we will also recognize, per your votes, the John Hunt Jazz Artist Of The Year.  Named after the legendary host of WBFO jazz in the '70's and '80's.  What you will find are blank spaces to write in your names.  The nominations survey will be available between now and December 31st.

Follow this link here to place your names or groups in nominations: