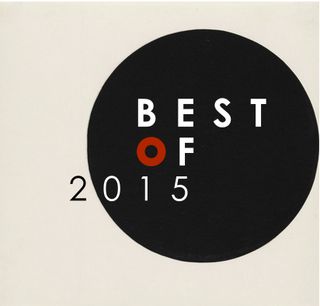 The second annual JazzBuffalo Poll is officially live!  The intent of this poll is to foster jazz awareness, appreciation, and recognition for the artists and supporters who give of their talents in the jazz community.

The second annual poll has considerably more nominees per category than last year.  This is an indication that jazz is resurging in Buffalo!  The readers of JazzBuffalo and fans of jazz are displaying greater awareness and appreciation for this magnificent art form.  In turn, it is providing more opportunities for the cadre of jazz talent to perform.  Congratulations to all the nominees!

Thanks to the respondents who took the time to submit names in nomination, we now have a very robust official poll.  There are over twenty categories created for voting.  You may vote for only one person, group, or place in each category.  You may skip categories if you are unable to place a vote.  Please only take the poll one-time through.

From an editorial perspective, yet still based on names nominated, the nominees for the 2015 John Hunt Jazz Artist Of The Year are presented.  As many of you may know, John Hunt was the former host of WBFO jazz programming in the mid-70’s through the early ‘80’s, whom we lost tragically much too early.  The award is named after John Hunt for it is meant to recognize the jazz artist who best exemplifies enriching the community through the art form of jazz.  Not only in performing, but also in supporting the growth of jazz awareness and appreciation.  The nominees are:

Wayne Moose: Wayne is one of the area's premier bassist and a noted educator at Williamsville East High School.  At Williamsville East, Wayne has created the Legends of Jazz Series, which saw Houston Pearson and Karin Allyson perform.  In 2015, Wayne established the Wednesday Night Jazz Series at Mezza Restaurant ( a precursor was the efforts of Ellen Pieroni in bringing jazz to Mezza), which has provided opportunities for both jazz artists to perform and for audiences to enjoy.

John Bacon Jr.: Bacon is seemingly everywhere in the JazzBuffalo community.  That is – because he is.  Not only is John one of the top jazz drummers in Buffalo (and in jazz generally), he has shared his gifts of composing, arranging, and versatility in instruments (vibes).  He also has been a contributing member of several different genres of bands.  This is all in addition to being a professor at Fredonia State University and leading the Fredonia State University Latin Jazz Band.

Phil DiRe: Phil DiRe is truly one of the statesmen of jazz in the Greater Buffalo community.  Phil bridges the past, the present, and the future of jazz like no other.  His recent Phil DiRe and Friends concerts, including the most recent historic 3 Tenors concert, has brought Phil together with those from past glory days while including some of our emerging talents of today.  Phil is also an ardent supporter and serves as an example for the young and upcoming jazz artists on the inclusive spirit of jazz.

Steve Baczkowski: Here is one of the unsung heroes of jazz.  As music director of Hallwalls, Steve has created a mecca for the international wealth of bands in the free jazz and avant-garde genre of jazz.  Bringing to Buffalo truly global stars of those performing free jazz throughout the world.  In addition, Steve is a prolific baritone sax player who has performed with the Buffalo Jazz Octet and also performed in a free jazz duo with the legendary bassist Juini Booth.

Mark Filsinger: Mark is a noted professor of music at Buffalo State College, where he has tutelage several of our rising stars in the JazzBuffalo community.  His creation of Mark Filsinger’s Eleventet Band is one of the major events of 2015 in terms of originality and superb arrangements.  The bands literally have brought together Greater Buffalo’s best talents in jazz.  Mark also finds time to organize and lead a Jazz Lab camp for younger musicians, which has been received with high praise.  His efforts include the Hot Trad 5 group, which is focused on traditional jazz.  Filsinger also put together one of the best bands and performances at the Lewiston Jazz Festival, in which several original compositions were performed.

Walter Kemp III: Walter is the noted keyboard and composer of the band Gruvology.  A band which enjoyed a successful tour of Europe this past year and was co-led by Bernard Kunz.  But Walter also contributes much more.  He has revived the Historic Colored Musicians Club Sunday Night Jazz Jams while serving as an integral board member.  In addition, he served a role in organizing the line-up and production of the very successful Queen City Jazz Festival.  Walter is an enthusiastic supporter of the youth in jazz as well.

When voting for the John Hunt Jazz Artist Of The Year, there is an optional comment field to express a few words why you believe the person you voted for is deserving of this award.  Please do comment if possible.  They most certainly would love to hear from you!

This is your chance, as reader’s and fans, to recognize the artists and supporters of jazz in Greater Buffalo.  As a community, and as you will see with the number of nominees, we are fortunate to have the amount of jazz artistry present in Buffalo.  Your vote and recognition matter in supporting the continued efforts to build jazz awareness and appreciation in Greater Buffalo.  And, to help promote more availability of performances for the audiences of jazz.

The poll will be live until January 9th and closing at midnight.  After which, the poll winners will be published on this site shortly after.  Please do take the time to vote and also please do apply the honor code of one vote per person.

You may follow the link below to take the poll.

Please vote and please share the ability to vote with others.

3 thoughts on “The Second Annual JazzBuffalo Poll Is Live!”