The end of January 2016 ended on a superlative note!  A fantastic weekend, which saw the international jazz artist Yosvany Terry in a remarkable concert at the Art of Jazz Series that took place at the Albright-Knox Art Gallery (see JazzBuffalo review here – Yosvany Terry).  No doubt, more good jazz will happen in February and beyond.

The emerging youth keeping the jazz idiom alive is encouraging.  Quite a few highlight jazz in Buffalo this coming week:

The young vibrant vocalist and musician Alexander McArthur will make her debut at Pausa Art House on Friday, February 5th at 8 pm.  She is a dual major at UB in theatre and music who has been making her mark in the JazzBuffalo scene.  Supporting her debut is a mix of veterans and other rising stars in Dave Schiavone on sax, Jon Lehning on sax, George Caldwell on piano, Anthony Henry on bass, and Alec Dube on drums. 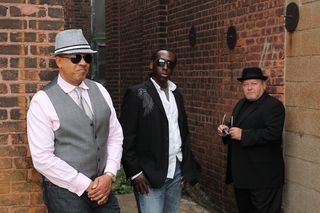 On Friday, February 5th at Wegman’s (Sheridan and Evans) at 6 pm catch My Cousin Tone’ with special guest Dave Manth on sax.

On Saturday, February 6th beginning at 1 pm you can see Jazzline with Dennis Warne and Jennifer Jones at Hot Mama Canteen Beat and Brunch to be followed by Ann Philippone on Boogie Woogie piano at 5 pm

On Saturday, February 6 at 8 pm at the Shakti Yoga Lounge will be the gypsy jazz band The Hot Club of Buffalo with Josh Assad on vocals and rhythm guitar, E.J. Koeppel on violin, Dean Gionis on lead guitar, Kevin O’Brien on bass

On Sunday, February 7th at 9 pm you can catch Jazz Cache at Nietzsche's

On Wednesday, February 10th, you can catch vocalist Mary McMahon at Mezza for Wednesday Night Jazz hosted by Wayne Moose beginning at 6:30 pm

On Valentine’s Day (2/14), you can catch My Cousin Tone’ at the Irishman Tavern for brunch.  In the middle of the afternoon at 3 pm, you can catch vocalist Barbara Levy Daniels at the College Women’s Club