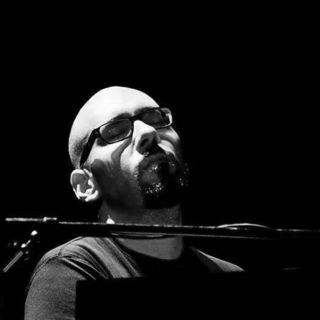 The contribution to jazz music from Buffalo-born musicians is legendary.  Over the decades, we have seen many leave Buffalo, as well as, return and make their mark in the jazz world.  One such person is Angelo Di Loreto.

Angelo Di Loreto was born in Buffalo in 1990 and since his early days, has had a love for jazz and improvisational music.  Angelo began studying music at the age of eight and eventually became a member of the Greater Buffalo Youth Orchestra when in 2007 the orchestra performed a Di Loreto original arrangements of five Jon Coltrane compositions.  Di Loreto is also a graduate of Williamsville East and attended the pre-college program at the Eastman School of Music.  He is a graduate of Manhattan School of Music and earned his Masters Degree in 2013.

On Tuesday, February 23rd Di Loreto will return to Buffalo with his trio for a special day at Buffalo State College.  He will be giving a Masterclass at 12:15 pm and a free concert in Ciminelli Recital Hall at 7:30 pm.  In the concert, Angelo will be performing in a trio with bassist Jeff Koch and drummer Philippe Lemm.  The Philippe Lemm Trio won the 2015 B-Jazz International Contest in Belgium and Di Loreto was named “Best soloist” in the contest.

Since leaving Buffalo, Angelo has continued to grow and garner notice in the global jazz community.  Angelo was a finalist in the 2012 Nottingham International Jazz Piano Competition in the United Kingdom.  He is also a three-time ASCAP Herb Albert Young Jazz Composer Award winner.

Here is the Phil Lemm Trio with Angelo Di Loreto on piano:

This looks like a super homecoming for one of Buffalo’s native sons of jazz.  The poster below references the upcoming free concert.  Let’s all welcome home Angelo Di Loreto! 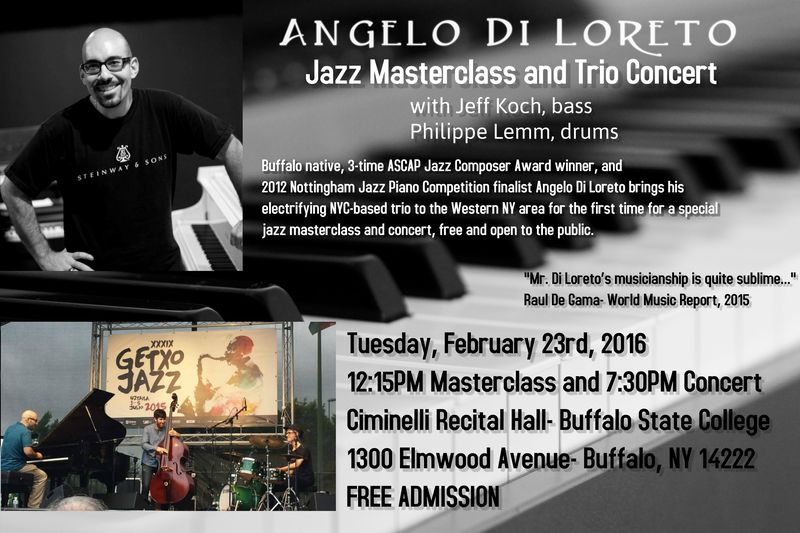