For the second week in a row, the Buffalo area gets a visit from another of the more interesting and major forces in jazz.  And, there is also a bevy of local jazz talent throughout the Greater Buffalo area available for everyone. 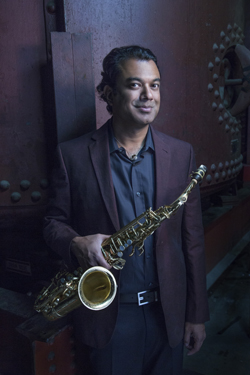 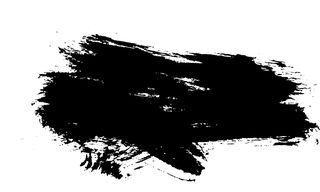 This ambitious endeavor takes place in Asbury Hall and will consist of 10 artists giving 5-minute solos.  Sure to cover the gamut of free jazz, avant-garde, contemporary, and modern music. Here is how Hallwalls describes the event:

We're excited to announce the first in an ongoing series of concerts featuring the solo performer/improviser in a unique context & environment. Ten individuals will perform consecutive five-minute long solos in two separate sets, live in the beautiful & acoustically optimal Asbury Hall. The solos will be in random order for each set, following a large color-coded projection on screen, with a one-minute possible overlap (or silence). This series is a fundraiser to help support continued concert programming at Hallwalls.  (Suggested donation $10) 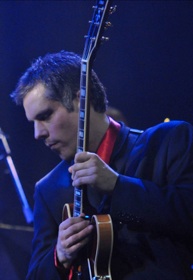 On Friday, March 18th at 8 pm at Pausa Art House, see the Walt Sopicki Organ Trio with the guitarist Sopicki leading the way in a return performance.  He will be joined by Ron Peterson on the Hammond B3 and Abdul-Rahman Qadir on drums. 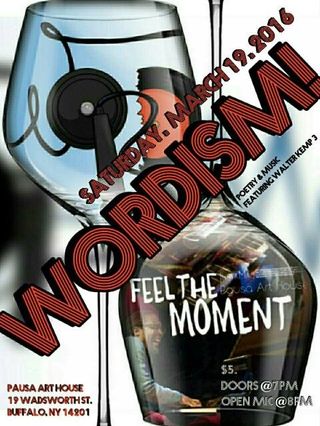 On Saturday, March 19th at 8 pm at Pausa Art House, a unique joining of smooth jazz and poetry comes together in an event called Wordism: Music by Walter Kemp 3.  Here is how the event is described:

This special edition of WORDISM introduces the smooth sounds of Buffalo's own Walter Kemp 3, who will be providing tailor-made musical backdrops for each poet.   All the love, warmth, and comfort you all have become accustomed to is here.  So, bring a friend and experience the growing movement of WNY's Premier Non-Competitive Open Mic Event for Spoken Word Artists: WORDISM.

The young and vibrant have another event planned at Nietzsche’s.  Billed as the Ladies of Jazz Night, the event takes place on Saturday, March 19th beginning at 10 pm.  Here is how the event is described:

Jazz, soul, funk and more, all in this KILLER LINEUP of Buffalo's leading and up and coming vocalists, all on in one night!! This is going to be one glorious night at the ol' Cheese!!!!   Einat Agmon will be singing with her band Blue Stone Groove, Carina Mastrantonio with her Preacher, Katy Miner, Carolyn Lansom and Sydnie Perkins will be singing with Sugar Katty Cool, and in between sets the lovely Lindsey Holland will be charming you in the front.  Each group has its own unique sound, playing famous jazz tunes and favorite songs, all with their unique styles. Some will also have originals, all dipped in jazz, blues and old-time soul.

The vocalist featured will be going on in this order:

On Saturday, March 19th at 7 pm at Merge, you can catch duoPayazzo with Andy Peruzzini and Bernard Kunz

On Saturday, March 19th at 8 pm at MusicalFare Theatre Cabaret Lounge the Manny Perez Latin Jazz Project along with Pedro Rodriquez Reggae band Rockaz will be putting on a Night of Salsa and Reggae Music.

On Sunday, March 20th for an 11 am to 2 pm brunch at Byblos you can see Janice Mitchell with Jim Beishline joined by Kevin O’Brien 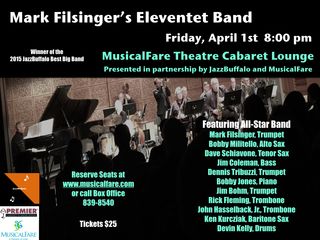 After the spectacular David Sanford Pittsburgh Collective concert, another big band/ensemble not to miss is Mark Filsinger’s Eleventet band.  The band consists of the area’s top jazz talents including, Bobby Militello, Dave Schiavone, Bobby Jones, and more.  Reserve tickets early for this JazzBuffalo/MusicalFare Theatre partnered event scheduled for Friday, April 1st at 8 pm.  Tickets are selling so do not miss out! 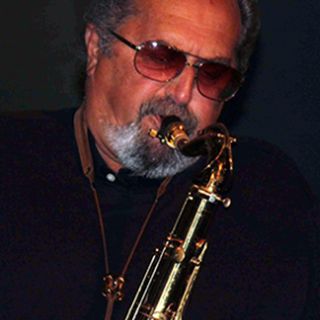 The JazzBuffalo / 189 Sunday Jazz Series will begin once again on Sunday, May 15th with none other than Phil DiRe and Friends once again kicking the year off.  Put this on your calendar and note the start time now of 6 pm.  Stay tuned for more details.