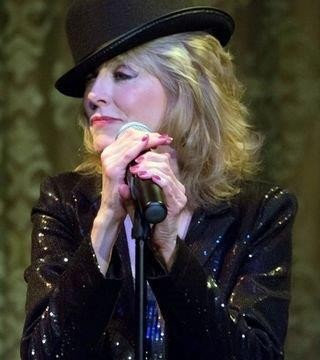 The Annual Buffalo News Summer Jazz Series, held on the steps of the Albright-Knox Art Gallery, begins on Sunday, July 10th.  The music starts at 2 pm and is free to the public.  This year the series will run on Sunday afternoons from July 10 through August 7, with a rain date on August 14.

Kicking off the series will be jazz vocalist Cindy Miller from Rochester.  Some may recall Miller performed during last year’s JazzBuffalo/189 Sunday Jazz Series and literally brought the house down with her styling and vocalese repertoire.  Here is the write on Cindy Miller:

Cindy Miller is recognized as being a master of musical comedy and having an extraordinary ability to interpret and present standard jazz material in an exciting and refreshing manner.

Her professional engagements have ranged from private gatherings, clubs, festivals, performing arts centers, corporate events, stadium/concert performances, and as a guest soloist with symphony orchestras. Her Recordings include Love You Madly, a collection of jazz standards that is noted for its musicality, and I've Got the Music in Me, which highlights Miller’s versatility as a presenter of music and comedy at its best.

Miller is from upstate New York. She received her Master's degree from the Eastman School of Music.

An engaging performer you will not want to miss.  Miller will be backed by the Bobby Jones Trio.

The series schedule is as follows:

It should be another good year for jazz on the steps!