The heat of the summer is in full swing for August.  Which means that jazz in the Greater Buffalo continues to be hot with indoor and outdoor events throughout the area.

A Tribute To The Modern Jazz Quartet, Thursday, August 11th at Pausa Art House at 8 pm 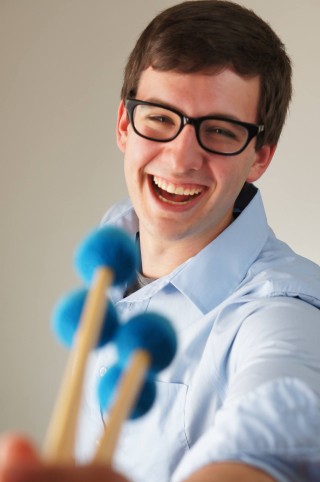 One of the area’s finest young musicians in the past couple of years is that of drummer and vibraphonist Alec Dube.  Dube, now on the faculty at Fredonia State University, will showcase his passion for vibes in the outing at Pausa.  Concentrating on the musical repertoire of the Modern Jazz Quartet, the unique group that featured Milt Jackson on vibes and John Lewis on piano.  Joining Alec will be George Caldwell on piano, John Bacon, Jr. on drums, and Joe Goehle on bass.

On Wednesday, August 10th at GiGi’s in Kenmore at 7 pm you can catch Colleen Williams with Bobby Jones and Jerry Livingston

On Thursday, August 11th at 9 p m you can see Blue Stone Groove at Nietzsche’s in Allentown

On Friday, August 12th at 8 pm at Pausa Art House, you can catch jazz, funk, blues, and pop bassist Calvin Palmer and his Quintet

On Saturday, August 13th at Hot Mama’s Canteen beginning at 1 pm you can see Jules and the Vibratones for Beats and Brunch

On Wednesday, August 17th at 6 pm the Buffalo Central Terminal, the second of a series of jazz performances, in partnership with the Colored Musicians Club, takes place with the George Scott Big Band

This summer, Nietzsche’s on Allen will host a Summer Happy Hour Series on Mondays from 5:30 pm to 7:30 pm.  Click on the photo for the schedule of the dates and performers throughout the summer. 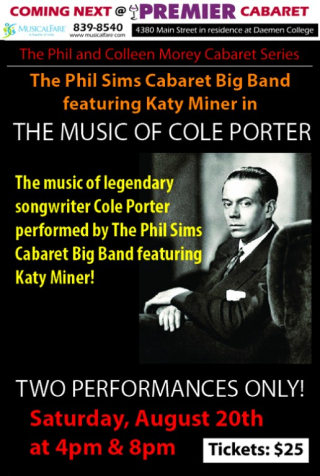 On Saturday, August 20th at MusicalFare Theatre Premier Cabaret Lounge for two shows at 4 pm and 8 pm, you can catch the Phil Sims Cabaret Big Band with vocalist Katy Miner in a tribute to Cole Porter 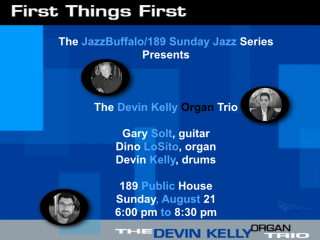 On Sunday, August 21st at 6 pm, do not miss the JazzBuffalo / 189 Public House Sunday Jazz Series, which will feature The Devin Kelly Organ Trio.  The highly regarded jazz guitarist from California, Gary Solt, will be joined by Dino Losito on organ, and Devin Kelly on drums.  The band is working on a new CD.  Here is a clip from their first CD First Things First, which features a nice rendition of Ceora: 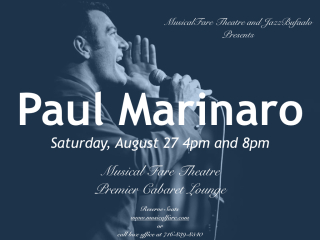 On Saturday, August 27th for two shows at 4 pm and 8 pm, see the return of jazz vocalist Paul Marinaro, who played to sold-out shows last year, to the MusicalFare Theatre Premier Cabaret Lounge.  He will be joined by NYC and Chicago-based jazz pianist Chris White, bassist Danny Ziemann, and drummer John Bacon, Jr. 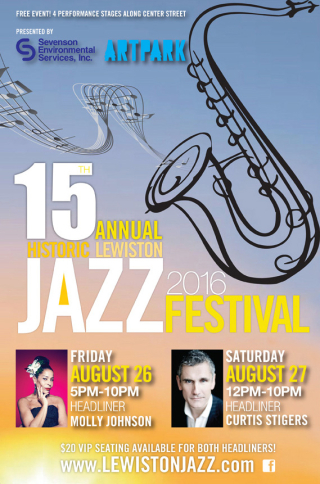 The Lewiston Jazz Festival is just around the corner on Friday, August 26 and Saturday, August 27.  Look for a host of performers in this two-day event! 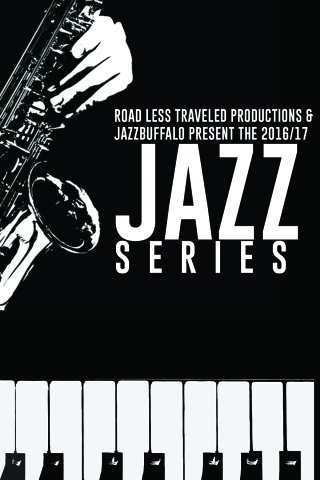 It is with great excitement to announce a new jazz series, which will bring jazz back to the theatre district of downtown Buffalo.  JazzBuffalo and Road Less Travel Productions will partner to present a fall and spring jazz series to take place on seven Wednesday evenings from 7 pm to 9 pm this fall.  And, in the spring time of next year.  The jazz series will be held in the historic ornate lobby of the theatre RLTP calls home on 500 Pearl Street near Tupper.  Tickets, at the nominal charge of $10, will soon be available on the RLTP website or at the door.  Kicking off the series on Wednesday, September 14th will be Phil DiRe and Friends with special guest Bobby Militello.  Look for more details soon!