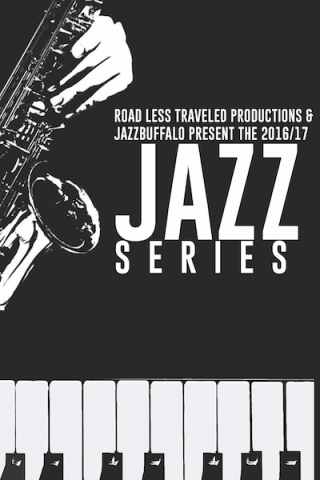 JazzBuffalo and Road Less Traveled Productions have teamed up to launch a new jazz concert series that brings jazz back to the theatre district of downtown Buffalo.  Concerts will be held in the historic lobby of the old Forbes Theatre and Buffalo Christian Center, built in 1914, located at 500 Pearl Street near Tupper.

The new jazz concert series will take place on scheduled Wednesdays from 7 pm to 9 pm with a modest entrance fee of $10 and will offer a lobby bar with seating and standing room.  The series will take place throughout the 2016/2017 production season of the Road Less Traveled Productions Theatre.  A total of 7 Wednesdays in the fall and 9 Wednesdays in winter and spring of 2017.  To kick off the series on Wednesday, September 14th JazzBuffalo has scheduled one of Buffalo’s premier leaders in Jazz, Phil DiRe.

Phil DiRe and Friends will consist of Phil DiRe on tenor sax, Bobby Militello on alto sax, Jim Colemon on bass, Bobby Jones on piano, and Lou Marino on drums.  An ensemble representing many years of jazz in Buffalo.

The fall jazz concert series will also include:

JazzBuffalo thanks, Scott Behrend, John Hurly, and Gina Gandolfo-Lopez for their supportive alliance to bring jazz back to the theatre district of downtown Buffalo!

This is another concert series presented by the non-profit organization JazzBuffalo (Greater Buffalo Jazz Society) to help build jazz awareness and appreciation in Greater Buffalo and to keep jazz alive in WNY.  Providing opportunities for both jazz musicians and audiences to experience the American Art form we call jazz.