Music brings fond memories and special meaning the holidays.  Jazz has increasingly become part of the Christmas holidays.  Bringing enjoyment to many.  JazzBuffalo wishes all a very Merry Christmas and a jazzy joyous holiday time! 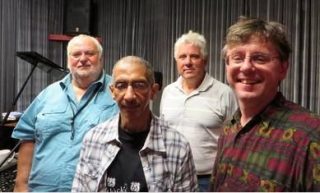 The Bobby Militello Quartet returns to Pausa for their regular appearance.  The alto sax legend will be joined by Jim Colemon on bass, Bobby Jones on piano, and John Bacon, Jr. on drums.  They are sure to play a Christmas tune – and just maybe – Bobby might sing the Christmas Song. 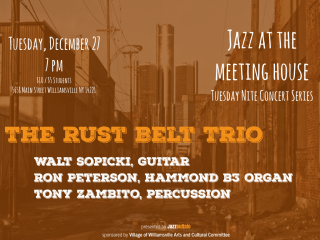 After a weekend of reveling in Christmas celebrations, hit The Meeting House in Williamsville as guitarist Walt Sopicki and Hammond B3 master Ron Peterson bring the sounds of groove and jazz organ to the historic building built in 1871.  Fittingly, the organ will have a home in this building, which was originally built as a church.  Tony Zambito will sit in on percussion.  The Meeting House will also now allow for BYOW (bring your own wine bottle with plastic wine glasses).  A time to “congregate” with family members and out of town guest to the groove of jazz.

On Friday, December 23rd at 8 pm at Pausa Art House, you can see Nelson Starr and the Franciscans as they do a modern twist to the music of Frank Sinatra

On Saturday, December 24th at 9 pm, see the Carina and the Six String Preacher perform their unique and dynamic brand of indie style jazz noir at Jordan’s Ale House on Abbott Road 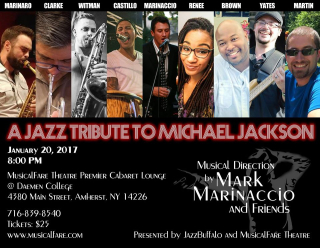 Tickets are now available for the January 20th JazzBuffalo presentation of A Jazz Tribute To Michael Jackson that will feature musical direction by Mark Marinaccio.  JazzBuffalo is especially excited to produce and present this one-of-a-kind-performance feature Mark Marinaccio and stellar musicians, in partnership with MusicalFare Theatre.  Do not delay, call to reserve your seats soon!!! 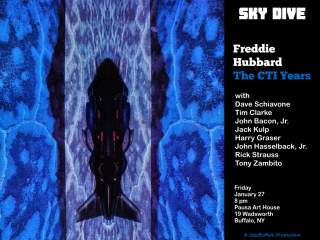 Set your calendars for Friday, January 27th at Pausa Art House for the return of Sky Dive: Freddie Hubbard CTI Years.  If you missed the previous event, you will not want to miss this unique JazzBuffalo presentation of the inventive music created by Freddie Hubbard during his 1970’s CTI years. 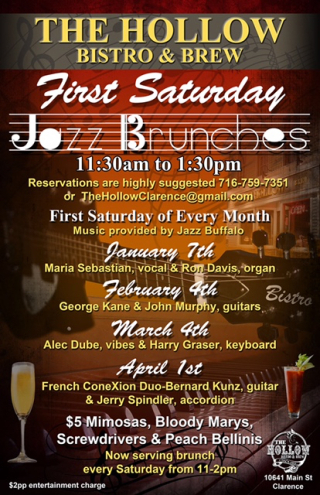 The JazzBuffalo and Hollow Bistro First Saturday Jazz Brunch schedule is out.  Be sure to make your reservations for Saturday, January 7th as Maria Sebastion and Ron Davis kick off 2017!