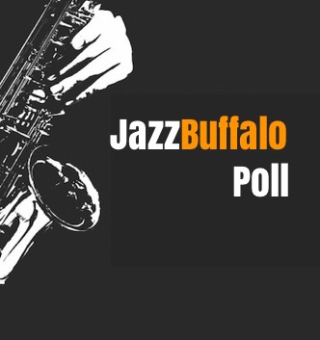 Many thanks to the over 100 participants who took the time to complete the nominations survey.  You will now see more nominees than ever in each category.  All the artists listed have contributed to the ongoing resurgence of jazz in Greater Buffalo.  Making jazz an integral part of the arts and cultural fabric of Greater Buffalo.  You will also see some new categories, taking the total up to the even number of 30 categories for you to vote on.

(Guidelines for the JazzBuffalo Poll are at the end of this article.)

Jazz Crusader Of The Year

A new category this year is the 2016 Jazz Crusader of the Year.  The intent is to recognize people who have consistently put forth tremendous support for jazz and further the cause of jazz appreciation.  The following nominees include:

The nominees for the 2016 John Hunt Jazz Artist Of The Year are also presented in this year’s JazzBuffalo Poll.  As a refresher, John Hunt was the host of WBFO jazz programming in the mid-70’s through the early ‘80’s, whom we lost much too early.  The award is so named for it is meant to recognize the jazz artist who best exemplifies enriching the community through the art form of jazz.  Not only in performances, but also in supporting jazz awareness, enrichment, and appreciation.  The nominees are:

Recognizing The Vibrancy Of Jazz In Our Community

For jazz fans, here in Greater Buffalo, the JazzBuffalo Poll provides an opportunity to recognize the many jazz artists, groups, venues, and supporters who make our jazz community special.  Your voting will help towards supporting the interwoven presence of jazz in our arts and cultural resources that enhance the quality of life for us all immensely.  Please do take the time to give your thoughtful votes.  (We kindly ask you follow the guidelines listed at the end.)

The JazzBuffalo Poll will be open for voting until Thursday, January 5th.  After which, look for further announcements regarding winners.

JazzBuffalo will need your help with a few guidelines for the JazzBuffalo Poll.  Please keep the following in mind:

One thought on “The 2016 JazzBuffalo Poll Is Now Open!”