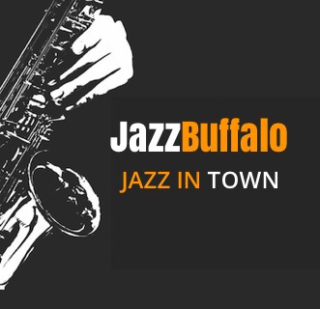 Here is a current listing of places that host weekly, recurring, or occasional jazz in town:

On Mondays at 5:30 pm, Nietzsche’s hosts a jazz happy hour.  Check their website for who will be performing.  To the left is their most recent poster for the JHH.

On select Mondays at 5 pm at Flying Bison Brewery, you can catch the Bobby Militello Quartet – check the brewery website for monthly appearance.

On various Wednesdays and Fridays, GiGi’s on Kenmore will have jazz.  Check their schedules.

On the first Wednesday of the month, 189 in East Aurora hosts a jazz performance and jazz jam beginning at 7 pm

On various Thursdays, Fridays, and Saturdays Merge on Delaware host jazz, in addition to folk and other forms of acoustic music, from 7 pm to 9 pm.  Check their schedule.

On Thursdays, at Dick and Jennys on Grand Island, you can catch Don Burns at 6:30 pm

At various Wegman’s (Amherst, Sheridan, and Dick Road), you may find jazz on Fridays beginning at 6 pm.  Check your local Wegman’s for bands.

On Tuesday night, at the Anchor Bar in Amherst, weekly jazz begins at 7:30 pm.

On the first and third Wednesday of every month, at Mason’s Grille in Hamburg at 7:30 pm, you can catch the Frank Gerard Group with vocalist Cheryl Ferris.