(On Friday, January 20th, JazzBuffalo is proud to produce and present the initial debut of A Jazz Tribute to Michael Jackson at MusicalFare Theatre Cabaret Lounge.  Musical direction is by Mark Marinaccio, who will lead a gifted ensemble of musicians in a unique one-of-a-kind performance.)

Michael Jackson is remembered endearingly as the King of Pop, making an indelible mark on the history of American Pop Music.   From the young boy who won over many hearts while a member of the Jackson 5 to his later years, his influence on pop music and American culture was profound.   He helped to revolutionize Black American Music, bringing it to the forefront of American consciousness with breakthrough songwriting.  Sadly, Jackson’s untimely death and eccentricities towards the end of his life can obscure his genius contributions to music. 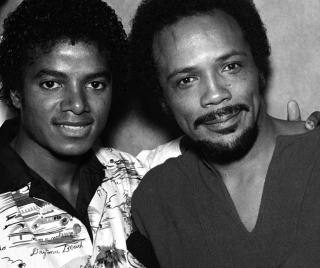 What many may not realize is that Michael Jackson revered and had a strong connection to jazz.  As a young boy with the Jackson 5, he was exposed to sidemen working for Motown who had strong roots in jazz.  Several of the members of the famed Motown songwriting team, “The Corporation”, had roots in jazz such as Alfonso Mizell, who studied with jazz trumpet great Donald Byrd.  His ascension to the King of Pop was propelled by a unique collaboration with jazz great and legend, Quincy Jones.

The legacy of Michael Jackson is firmly rooted in his collaborations with Quincy Jones.  Quincy Jones is well known for his compositions and collaborations in jazz with the likes of Roy Haynes, Cannonball Adderly, Clark Terry, Milt Jackson, Dizzy Gillespie, and Count Basie.  Including his memorable collaboration with Count Basie and Frank Sinatra.  In many ways, Jones shared the child prodigy experience with Michael Jackson.  Beginning as a trumpet player at the age of 12 and then meeting a young Ray Charles at the age of 14.  By his late teens, Jones would be touring the world with vibraphonist Lionel Hampton.  And, then later with Dizzy Gillespie.  He was named an NEA Jazz Master in 2008.  He holds the record for the most GRAMMY nominations ever at 79. 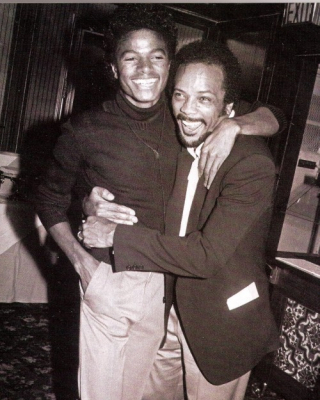 Jones was instrumental in producing three of Jackson’s innovative albums: Off The Wall, Thriller, and Bad.  The collaboration between Jones and Jackson began, however, on the set of the film The Wiz, in which Michael Jackson was cast as the Scarecrow.  Jones, who was charged with composing the musical score for the film, developed a magical bond with Jackson.  Hearing of Jackson’s desire to reach another level in his musical aspirations, Jones agreed to help.  The two went on to make musical history.

The three albums they collaborated on are all framed within the arranging inventions of Quincy Jones.  Jones made use of jazz greats on all three albums.  Such as guitarists Eric Gale and Larry Carlton, keyboardist George Duke, saxophonist Tom Scott, and Hammond B3 organ legend Jimmy Smith.  Many of the hit songs on Off The Wall, Thriller, and Bad are characterized by production and jazz arrangements that embody the genius of Quincy Jones.  The collaboration pushed both artists to levels of perfections they had desired.

In jazz circles, the influence of these monumental works of art is certainly held in high regard.  For example, in 1985, Miles Davis performed the fifth single off the Thriller album, Human Nature.  Most recently, The MJ Experience had a successful run at the Apollo Theatre with music performed by the New Orleans Jazz Orchestra.  Here is the Miles Davis version of the Steve Porcaro composed tune Human Nature, which was then produced by Quincy Jones and sung by Michael Jackson on the Thriller album:

On Friday, January 20th, JazzBuffalo is proud to produce A Jazz Tribute To Michael Jackson.  The event will take place at MusicalFare Theatre Cabaret Lounge.  The talented composer, pianist, and vocalist Mark Marinaccio is conducting the musical direction and arrangements.  He will be leading a gifted group of musicians consisting of saxophonists Tim Martin, Ken Witman, and Tom Marinaro, trumpeter Tim Clarke, vocalist Mariah Pizarro, percussionist Geraldo Castillo, bassist Paul Yates, and drummer Preston Brown.  The show will feature inventive jazz arrangements of Michael Jackson signature songs, as well as, some of his lesser known songs from those magical moments and years in music history.

The sold-out show will be the initial debut of the production.  JazzBuffalo looks forward to presenting once again for those who are unable to attend this unique one-of-a-kind performance.  The show will most certainly be a thriller!