Since November of 2011, the United Nations Educational, Scientific and Cultural Organization (UNESCO) officially designated April 30 as International Jazz Day to highlight jazz and its diplomatic role of uniting people in all corners of the globe.  This year in Buffalo, JazzBuffalo, in association with Pausa Art House, will be hosting an International Jazz Day Celebration to take place on Sunday, April 30th from 1:30 pm to 5:30 pm at Pausa Art House.  The free event is open to the public and will also be an occasion to raise awareness for Multiple Sclerosis.  In-kind donations will be accepted in support of the MS Walk scheduled for Saturday, May 6 at Canalside. 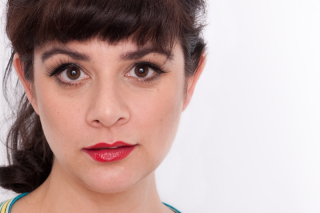 The event taking place at Pausa Art House on Sunday, April 30th will begin at 1:30 pm (doors open at 1:00 pm) and feature a diverse range of internationally influenced and American influenced jazz.  The honorary Master of Ceremonies will be Suzanne Fatta.  Fatta is an internationally recognized fashion model who has graced the pages of magazines globally.  She is also a champion of women causes and is an individual living with the condition of multiple sclerosis.

Throughout the years, the Buffalo jazz community have had musicians who have lived with multiple sclerosis.  One such individual performing with My Cousin Tone’ on the 30th will be Karen Ragusa.  Karen is a jazz bassist, teacher and ensemble leader for the Starpoint Middle School and High School jazz ensembles, and the recipient of the 2015 Anne L. Schuell Award for an Inspirational Women on the Move awarded by the National Multiple Sclerosis Society annually.

Jazz music scheduled throughout the afternoon will feature a broad diversity of international jazz music and artists in Buffalo.  Jazz musicians and artists who are graciously donating their talents to this event.  Scheduled to appear are:

The Hot Club of Buffalo – this quartet carries on the legacy of Django Reinhardt (France) in an international repertoire of gypsy jazz music.  They will perform music from their recently released and much-acclaimed CD that draws on international styles from around the world.  They recently performed to a packed theater at their CD Release concert.

Harry Graser with Suzanne Fatta and Katy Miner – the young and abundantly gifted pianist, Harry Graser, will accompany two singers.  Frist, Suzanne Fatta will perform two jazz songs in Portuguese and French.  In addition to modeling, Suzanne has studied opera vocal performances at the University of York, U.K., Eastman School of Music, and the Oberlin Conservatory of Music.  Katy Miner, fresh from her Ella Fitzgerald tribute during Jazz Appreciation Month, will perform from the Great American Songbook.  Katy has appeared in numerous musical productions throughout the Buffalo theater scene (most recently in Sophisticated Ladies at MusicalFare Theatre) and also performs as the Katy Miner Quintet.

My Cousin Tone’ – the 9-piece ensemble will perform jazz music from the hard bop era of jazz and feature vocalist Mary McMahon.  They will also perform music from Herbie Hancock, who serves as the as a UNESCO Ambassador for Intercultural Dialogue and Chairman of the Thelonious Monk Institute of Jazz, as well as, the honorary chairperson for International Jazz Day.

For Lazara Martinez-Nelson, proprietor and artistic director of Pausa Art House, International Jazz Day will take on a special meaning of significance in 2017.  Lazara, a native of Cuba and an accomplished classical educated musician and concerto violinist who performed internationally, will watch from afar as the International Jazz Day Global Concert and Celebration takes place in Havana, Cuba this year.   An additional special guest will be Hansel Herrera Deschapelles.  The Cuban-born trumpet player, who has performed internationally, will perform with My Cousin Tone’.  Hansel was educated at the Escuela Nacional De Arte in Havana, Cuba.

The All-Star Global Concert will be presented at the Gran Teatro de La Habana Alicia Alonso, under the auspices of the Ministry of Culture of Cuba, the Cuban Institute of Music and the Cuban National Commission for UNESCO.  A host of jazz stars will perform with many performances live streamed globally.

The International Jazz Day Celebration gives us all an opportunity to unify around the universal language of jazz music.  A chance for us to lift up the human spirit and raise awareness for those who need support.  For this occasion, raising awareness for those in need of support for multiple sclerosis.  This is a FREE event open to the public.  Free-will donations will be accepted for the MS Walk scheduled for Saturday, May 6 at Canalside.  Even a $1 donation goes a long way.  (Donations are not mandatory to attend this FREE event)

This is a family-friendly celebration so families come out and expose young ones to the wonders of international jazz music on Sunday, April 30th!