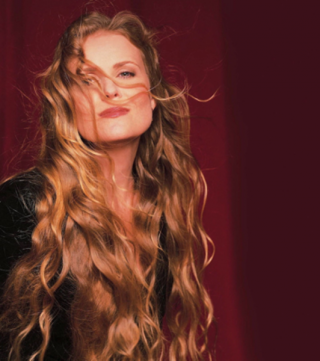 The Tierney Sutton Band will perform at MusicalFare Premier Cabaret Lounge on Saturday, June 24th at 8 pm.  The concert, presented by JazzBuffalo, brings the eight-time Grammy Nominated jazz vocalist to the stage at the intimate performing venue and lounge.  Tierney Sutton will perform songs from her most recent Grammy nominated album, The Sting Variations, which was nominated for Best Jazz Vocal Album.  Sutton will also perform from her previous Grammy-nominated albums.

(The concert was sold-out within two weeks of being announced.  Exemplifying the star-power of Tierney Sutton and acclaim for her recent album, The Sting Variations.)

Tierney Sutton will be performing with her band that has been together for twenty-plus years.  The band includes Christian Jacobs on piano, Trey Henry on bass, and Ray Brinker on drums.  Each individual jazz stars in their own rights.  The Tierney Sutton Band has been widely acclaimed internationally for its unique collaborative arrangements.  Their stellar collaborations have led to such recordings as Introducing Tierney Sutton, Unsung Heroes, Blue in Green, Something Cool, Dancing in the Dark, I’m With The Band, On the Other Side, Desire, and American Road. The latter four were each nominated for a Grammy Award for Best Jazz Vocal Album.

Tierney Sutton is notable for her special phrasing and her lyrical interpretations.  The band collaborates on intonation and effect, such as their most recent Grammy nominated album, The Sting Variations, embodies.  Although Sutton was introduced to the jazz world in the 1990’s, she became widely recognized beyond jazz for her breakthrough album entitled, After Blue, released in 2013.  The album paid tribute to Joni Mitchell and received a Grammy Nomination in 2014.  The album elevated Tierney Sutton into the elite category with such giants as Sarah Vaughan, Carmen McRae, and Ella Fitzgerald.

Tierney Sutton tours extensively in festivals and concert venues such as Jazz at The Lincoln Center.  She still finds the time, however, to dedicate time to jazz education.  Specifically, jazz vocals.  She was previously the head of the Jazz Vocals department at the University of Southern California Thornton School of Music and is currently Vocal Department Head at The Los Angeles Music Academy in Pasadena, CA.

This is a milestone event for the jazz community of Buffalo.  JazzBuffalo is excited to have the opportunity to present, along with MusicalFare Theatre Premier Cabaret Lounge, a true jazz giant in the world today.

The concert is made possible, in part, through the generous sponsorships provided by The Hollow Bistro and Brew in Clarence, the Wyndham Hotel in Williamsville, MusicalFare Theater, and JazzBuffalo.

Here is a clip from the Tierney Sutton Band's latest project, The Sting Variations, and the song Driven to Tears: