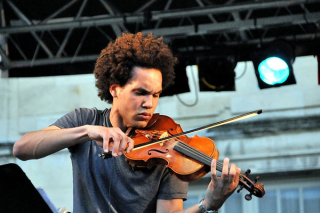 JazzBuffalo, in association with Hallwalls Contemporary Arts Center, is pleased to present jazz violinist extraordinaire Scott Tixier and the Walter Kemp 3oh! in concert as a dynamic jazz quartet of violin, piano, bass, and drums. This quartet promises an unforgettable evening. (Tickets are available on Eventbrite –www.eventbrite.com)

Sunnyside recording artist Scott Tixier is one of his generation’s extraordinary talents, having made a name for himself as a violinist-composer of wide-ranging ambition, individuality and drive — “the future of jazz violin” in the words of Downbeat Magazine, and “A remarkable improviser and a cunning jazz composer” in those of NPR. In 2017, Tixier was noted as a Rising Star in the annual Downbeat Critic’s Poll/ 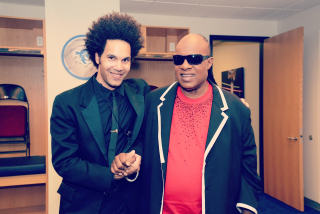 The New York City-based Tixier was born in Montreuil, France and has performed with some of the leading lights and legends in music.  Tixier studied classical violin at the conservatory in Paris. Following that, he studied improvisation as a self-educated jazz musician. He has been living in New York for over a decade where he performed and recorded with a wide range of artists, including, Stevie Wonder, Roger Waters, Kenny Barron, John Legend, Ed Sheeran, Charnett Moffett, Cassandra Wilson, Chris Potter, Christina Aguilera, Common, Anthony Braxton, Joss Stone, Gladys Knight, Natalie Cole, Ariana Grande, Wayne Brady, Gerald Cleaver, Tigran Hamasyan and many others.

Here is the video trailer for his highly-acclaimed CD – Cosmic Adventure.  Once you hear, you will not want to miss: 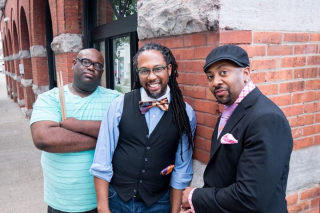 The 3oh!’s debut release, Dark Continent, brings Kemp’s innate abilities to the forefront. Having joined forces with long-time musical collaborators, RiShon Odel Northington, recording and touring bassist for GRAMMY-nominated Najee, and percussive phenom David “Teaspoon” Hulett, the trio "swings with excitement… anything but the expected piano trio." (George W. Harris, LA Jazz Weekly) As featured artists on Toronto’s Jazz FM 91.1, and with a live performance heralded as “the best…incredibly beautiful music,” this is just the beginning for these promising young artists.

Here is the trio performing the beautiful tune TOSOM (The Other Side of Main Street) on their Dark Continent CD:

The collaborative team of musicians will perform for two shows on Saturday, December 16 at Hallwalls Contemporary Arts Center.  The first show will be at 7 pm and the second show will be at 9:15 pm.  Tickets are available on Eventbrite (www.eventbrite.com) with an option to purchase tickets that includes a VIP meet and greet reception with Tixier and the Walter Kemp 3oh!