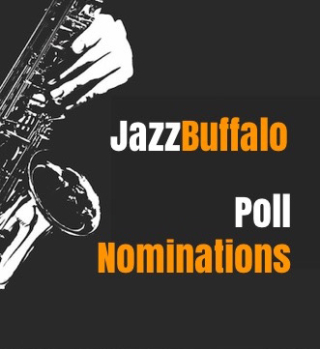 We are pleased to announce that the 4th Annual 2017 JazzBuffalo Poll will be taking place in early January.  Last year we had nearly 2300 respondents to the poll.  Each year, we begin by opening up the JazzBuffalo Poll Nominations Survey.  As a readers and fan poll, we seek to have nominations come directly from the Greater Buffalo and JazzBuffalo community.

Here is your chance to nominate artist names, groups, and performances to be included in the 4th Annual 2017 JazzBuffalo Poll.  We will take this input, as well as look at the volume of nominations, to create the JazzBuffalo Poll.

It has been an outstanding year of jazz!  There were many memorable performances by local, national, and international jazz artists.  JazzBuffalo continues to work hard to bring to Buffalo world-class jazz as we have in 2017.  Look for more excitement in 2018!

Click on this link to go directly to the survey website: 2017 JazzBuffalo Poll Nominations Survey!  Or, you can simply take the survey below.  Participate in keeping jazz alive!

Create your own user feedback survey