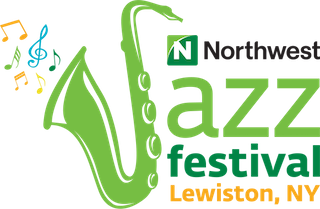 The 17th annual Northwest Jazz Festival in Lewiston, NY, scheduled for August 24 and 25 of 2018, announced its jazz artist line-up at the Taste of Jazz Fundraiser on April 15th.  30 live performances are scheduled for the 2-day festival across 5 stages throughout the heart of Lewiston, NY.  Including featuring some of the top, as well as, most significant jazz musicians in the last thirty years.

Bakriges on piano who was mentored in Toronto by Oscar Paterson and later went on to perform with Dave Holland, Pat Metheny, and Kenny Burrell.  On bass will be Avery Sharpe, the long-time bassist for McCoy Tyner and also with Art Blakely and the Jazz Messengers.  And on vibes will be Jay Haggard who was formerly with the Dizzy Gillespie Big Band and Chico Freeman.

The Friday, August 24th headliner will present Veronica Swift with the Benny Green Trio.  Benny Green is the legendary pianist from Art Blakely and the Jazz Messengers and is noted as one of the top 88 jazz pianists in the history of jazz according to several jazz authors and magazines.  He has performed with a myriad of jazz icons in the last 25 years.  His band will also include David Wong, one of the top jazz bassists in the world today.  Veronica Swift is a fast-rising star jazz vocalist who is one of the most sought-after singers on the festival circuit this year.  Swift was runner-up in the prestigious Thelonious Monk Jazz Vocals Competition in 2015.  This unique combination of legend and rising star will be releasing a CD together in spring of this year.

The Saturday music will begin with Sally Terrell and The Green Jazz Band.  Sally is formerly a Lewiston and Youngstown resident who has long since wanted to return to perform at the festival.  Living now in Connecticut, her band has garnered recognition regionally and in New York City.  As a singer and pianist, she performs with seasoned musicians who have accompanied the likes of Lionel Hampton, Maynard Ferguson, and Anthony Braxton.

On Saturday afternoon, the festival will present the Nick Finzer Quintet.  Nick Finzer is a fast-rising star trombonist.  Voted by Downbeat Magazine Critic’s Poll in the top 10 in his category.  His highly acclaimed CD, Here and Now (listed as best of 2017 by several jazz magazines), is being followed up with No Arrival in time for the festival.  He plays with a cast of “Rising Stars” all-stars out of New York City featuring Glen Zaleski, piano (who just released a critically acclaimed CD), Lucas Pino, tenor sax, Jimmy McBride, drums, and Dave Baron, bass. 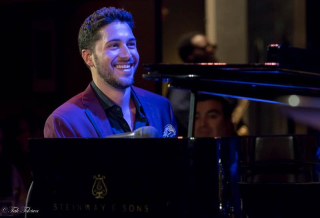 Saturday evening will begin with one of today’s most sought-after pianists and trios, the Emmet Cohen Trio.  Recognized by Downbeat Magazine as one of today’s Rising Stars in the jazz world, Cohen is noted for his projects with the legendary Jimmy Cobb (drummer for Miles Davis and the historic Kind of Blue Album) and the jazz master, bassist Ron Carter.  Cohen will be joined by one of the most prolific bassists in jazz, Russell Hall. 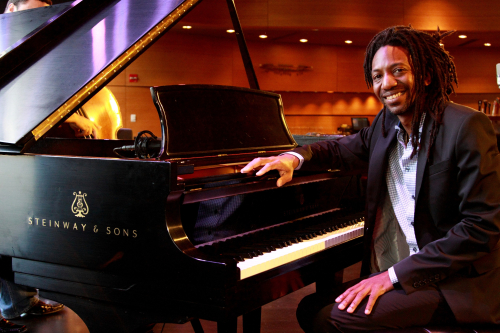 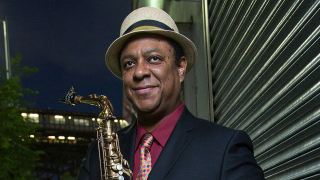 This year’s Saturday headliner will present one of the most sought-after composers, arrangers, and pianists in Latin Jazz today – Elio Villafranca – as the festival presents Elio Villafranca and the Jass Syncopators.  Villafranca is Cuban-born and teaches at the famed Julliard School of Music.  He also has been commissioned several times for music compositions throughout the world and is a frequent contributor to the Jazz at the Lincoln Center Orchestra.  Villafranca is commonly referred 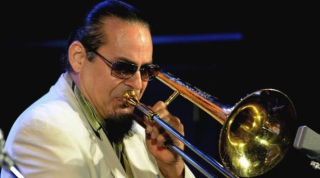 to as today’s “Latin Ellington” for his compositions and arrangements.  For the festival, Villafranca has assembled an all-star ensemble of jazz stars.  On sax will be Vincent Herring – one of the top alto sax players in jazz history and who succeeded Cannonball Adderley in the famous Nat Adderley Quintet.  Steve Turre’ is recognized by Downbeat Magazine as the top trombonist in both the straight-ahead and in the Latin Jazz World and also serves as music director for the Saturday Night Live Band on NBC.  Peter Slavov is a world-renowned bassist and Dion Parson is a jazz drummer who has performed with many of the jazz greats over the past twenty-five years.  The ensemble will also feature trumpeter Bruce Harris, one of the five jazz artists Wynton Marsalis claimed you must know today in jazz, that will make for a dynamic 3-horns front-line.

The festival this year will be expanding its’ outreach to the local community by adding two youth community performances to the Rising Stars Community stage.  On Friday, the festival will present Matt’s Music Vocal Performance Team.  A troupe of high school vocalists performing in vocal competitions regionally.  On Saturday, the Niagara County All-County Jazz Ensemble perform for the festival.  An ensemble of high-school winners for the annual jazz ensemble high school competition.  Additionally, the festival will present Buffalo’s premier gypsy jazz band, The Hot Club of Buffalo.  Also, this stage will include performances by the unique Mediterranean Jazz group, Paul Hage Mirage, the 9-piece jazz ensemble, My Cousin Tone’, and a cast of local rising stars, the Jon Lehning Sextet.

The festival will once again host a lineup of some of the area’s best jazz female vocalists in the DiCamillo Courtyard.  To include Mary McMahon, Kathy Carr, Alex McArthur, Cheryl Ferris, Maria Sebastian, and DeeAnn DiMeo Tompkins.  The Peace Garden Stage will consist of some of the area’s finest jazz guitarists and musicians including George Kane, Drew Azzinaro, Vincent Mastrantonio, and others.  The Frontier House stage will present a Soul-Jazz theme this year and include the likes of the Tim Clarke Soul-Tet, Greg Millar and Friends, saxophonist Phil DiRe, and others.  Including famed guitarist Eric Johnson, the notable guitarist sideman for Jimmy Smith, Richie Cole, and Lou Donaldson.