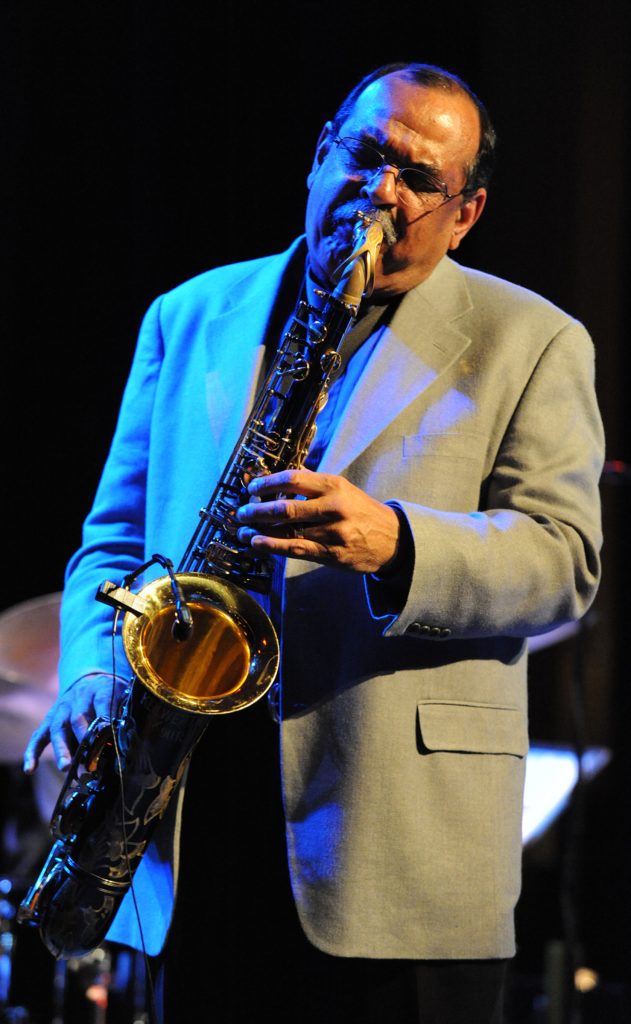 “He is one of the greatest living tenor saxophonists, at the top of his game.”  Ian Patterson   / All About Jazz

The legendary Ernie Watts will be appearing in the annual Williamsville East High School Legends of Jazz Concert on Wednesday, May 23rd at 7 pm.  For more information about the event go here: Ernie Watts

Two-time Grammy Award winner Ernie Watts is one of the most versatile and prolific saxophone players in music.  It has been more than fifty years since he first picked up a saxophone, and from age sixteen on he has been playing professionally, initially while still attending school.  Watts has been featured on over 500 recordings by artists ranging from Cannonball Adderley to Frank Zappa, always exhibiting his unforgettable trademark sound.   In 2014, Watts received the prestigious Frankfurt Music Prize given by the city of Frankfurt, Germany. It is presented to both classical and non-classical musicians. Of the 32 current winners, only 6 have been jazz musicians. Per the Frankfurt Music Prize Foundation, Watts was “selected for his strikingly melodic saxophone style and his original tone language, with which he has already enriched several generations of musicians.”  Previous jazz honorees include Chick Corea, Paquito D’Rivera, and John McLaughlin.  In 2015, Watts was selected as Guest of Honor at the Telluride Jazz Festival in Colorado and played on the Ernie Watts Main Stage with his own Quartet.

After 15 albums as a leader, for a variety of labels large and small, Watts started Flying Dolphin Records in 2004, in partnership with his wife Patricia.  Flying Dolphin (distributed by City Hall Records in the US and Laika Records in Germany) is a new chapter for the artist’s creative expression.   “Through my years of studio work, touring, and recording,” he says, “I’ve played in every kind of musical setting.  I’ve reached a place in my life where I need to make music on my terms.  Starting my own label provided me with a new sense of freedom.”

The current new release expressing this is Wheel Of Time (2016), with a wide choice of tempos and styles, from blues to calypso, waltz to post-bop, and a peaceful ballad.  Lots of originals, four of which are from Watts, one of them “Wheel Of Time” itself, a lyrical piece in memory of Charlie Haden, his friend and bandleader in Quartet West for nearly 30 years.  There is also a jazz classic by Joe Henderson, the powerful “Inner Urge.”

Other releases in the Flying Dolphin catalog include A Simple Truth (2014), highlighted by the exquisite “No Lonely Nights’ by Keith Jarrett, Dizzy Gillespie’s “Bebop,” and the warm, singing title tune, by Watts; Oasis (2011), reflecting on Watts’ own personal oasis of music, with original pieces and a reference to John Coltrane, the original Watts muse, through the Coltrane piece “Crescent.”  Four plus Four (2009) is a studio project with both the US and European Ernie Watts Quartets, recorded in Los Angeles and Cologne, Germany, including “Through My Window,” a Watts original written to showcase both quartets together. To The Point (2007) was made high-energy live with the Ernie Watts Quartet at The Jazz Bakery in Los Angeles.  Analog Man (2006) is a winner of the Independent Music Award for Best Jazz Album of 2007, with his European Quartet, touring together since 1999.  Spirit Song (2005) was Watts’ first studio recording as a leader since the release of Classic Moods (JVC) in 1999.  Watts used a handmade cedar Spirit Flute to introduce the title track, creating the haunting folk melody which is then reprised on tenor.

Flying Dolphin’s first release ALIVE (2004) was recorded live at the Backstage in Fulda, Germany.  The chance to hear Watts at the immediate heat in the midst of his own music had only been available before to his concert audiences.  To The Point and ALIVE, both vividly capture that live experience.

To catch Ernie Watts – go here to learn more and to learn how to get tickets: Ernie Watts