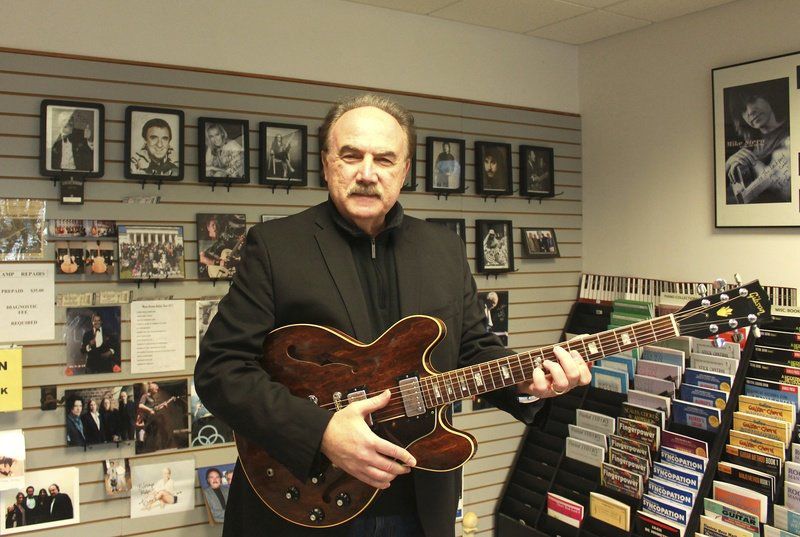 As the weather heats up, so is jazz heating up in the JazzBuffalo community and the Greater Buffalo area.  Fantastic events will be available in May and all summer long!

This coming week we take time to help the cause of fighting cancer and celebrating Ralph Fava.  We also take time to remember one of the greats in the history of jazz in Buffalo, saxophonist Larry Covelli.  Larry sadly passed away this past week.

JazzBuffalo “A New Day In Jazz” Celebration.  On Thursday, May 17th we are celebrating the new JazzBuffalo digital platform and web resource for the Greater Buffalo Community. The introduction of the digital platform is accompanied by several new initiatives. The event will be an open house for the community to learn more about JazzBuffalo, how to interact with the new web resource, sign-up for Jazz In Town newsletters, how musicians and venues can submit events, make plans for jazz education, and…(We will also be unveiling the Jazz ‘N Buffalo Wall featuring the outstanding photography of JazzBuffalo contributor and photographer, Jack Zuff!) 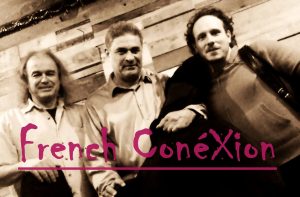 Finger Poppin’: The Legacy of Horace Silver with the Buffalo Jazz Composers Workshop 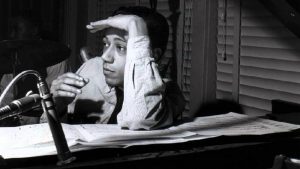 Jazz at The Taylor presents The Buffalo Jazz Composers Workshop performing “Finger Poppin’–The Legacy of Horace Silver.” Tickets on sale now. Pianist Horace Silver, who would have turned 90 this year, was one of the most celebrated and influential composers of the back-to-basics, hard bop era. His distinctive tunes featured direct, memorable melodies, rhythmic and melodic hooks, and clear song forms, all informed by the blues. Silver expanded his compositional palette by incorporating soul, gospel, Latin, and later, rock influences…

Jazz In The Vineyard 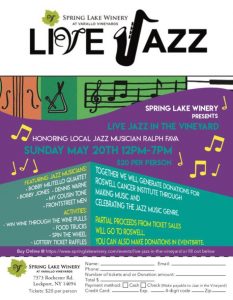 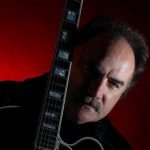 We would like to invite everyone to our event Jazz in the Vineyard for Roswell Park Cancer Institute!! This event takes place Sunday, May 20th12-7 at the beautiful Spring Lake Winery! This event is honoring the life, career, and achievements of Western NY’s most talented Guitarist Ralph Fava and owner of The Lockport Music Center. Ralph was diagnosed with Glioblastoma Brain Cancer in Sept and has had 2 massive brain surgeries, radiation, and continued chemotherapy treatment. Ralph’s strength and his… 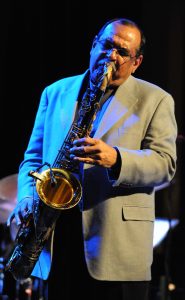 Two-time Grammy Award winner Ernie Watts is one of the most versatile and prolific saxophone players in music.  It has been more than fifty years since he first picked up a saxophone, and from age sixteen on he has been playing professionally, initially while still attending school.  Watts has been featured on over 500 recordings by artists ranging from Cannonball Adderley to Frank Zappa, always exhibiting his unforgettable trademark sound.   In 2014, Watts received the prestigious Frankfurt Music Prize given…

The B’s Bees Are Arriving!

If you missed this fast-rising band last year, then do not miss them this year.  A fantastic hard bop and bebop group from Montreal with fabulous original music.  They cut two highly regarded CDs in the last year.  Dear Charlie and Kanata.  Saturday, May 26 at Pausa Art House – put this n your calendar! 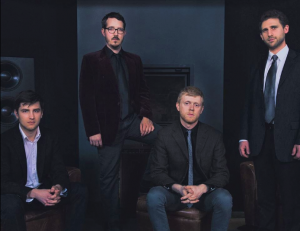 B’s Bees bring to Buffalo and Pausa Art House not one, but two new albums for 2018. Their first, a tribute to the great Charlie Haden, and aptly titled “Dear Charlie”, has been selling strongly since it’s Jan. 2018 release, and reached #4 on iTunes Canada’s Jazz Charts. The album contains compositions that span Charlie Haden’s illustrious career and includes several selections from his Liberation Music Orchestra repertoire, arranged in a new and exciting way. Their second 2018 release, titled…

Previously announced, 3 times Grammy© Nominee Jane Bunnett and the sextet Maqueque is coming to Buffalo on Friday, August 10th and Saturday, August 11th!  Direct from their appearance at the New Port Jazz Festival and a performance at the Jazz At Lincoln Center in New York City.  Follow the link below!! 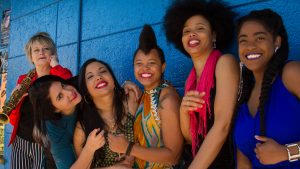 JazzBuffalo is excited to present, in association with Pausa Art House, 3 times Grammy® Nominee for Best Latin Jazz Album, Jane Bunnett.  In the past few years, the groundbreaking all women band, Jane Bunnett and Maqueque have forged a path in presented the sounds of Afro-Cuban and Latin Jazz to the world.  The band consists of Jane and an ensemble of Cuban performers performing a vibrant sound made magical by the soprano saxophone of Jane Bunnett. TICKETS NOW AVAILABLE: Click…

JazzBuffalo Jazz In Town Articles You May Have Missed

At the recent annual membership renewal event for existing members and new members, Dawn-Berry Walker, President of the Pappy Martin Legacy Jazz Collective, announced the 2018 line-up for the July jazz festival. The Pappy Martin Legacy Masten Jazz Festival will be on Sunday, July 22nd and Sunday, July 29th this year.  The festival will feature […]

“He is one of the greatest living tenor saxophonists, at the top of his game.”  Ian Patterson   / All About Jazz The legendary Ernie Watts will be appearing in the annual Williamsville East High School Legends of Jazz Concert on Wednesday, May 23rd at 7 pm.  For more information about the event go here: Ernie Watts […]

JazzBuffalo Website Optimizes Audience Experience JazzBuffalo, the non-profit organizations dedicated to building jazz awareness, jazz appreciation, and enriching the culture of Greater Buffalo, announced the launch of a newly designed website and digital platform. The new digital platform is designed with the user and the audience in mind. The community-driven interactive platform was built following […]

Wednesday, May 9th will certainly be etched as one of the memorable jazz events of 2018!  El Coco, the Afro-Cuban and Latin Jazz group, delivered an awe-inspiring performance that kept the audience spell-bound.  The group, no doubt, shattered misconceptions about Cuban music if there were any.  They surprised the audience with emotionally provocative classical leanings in […]

A New Day In Jazz In Buffalo!