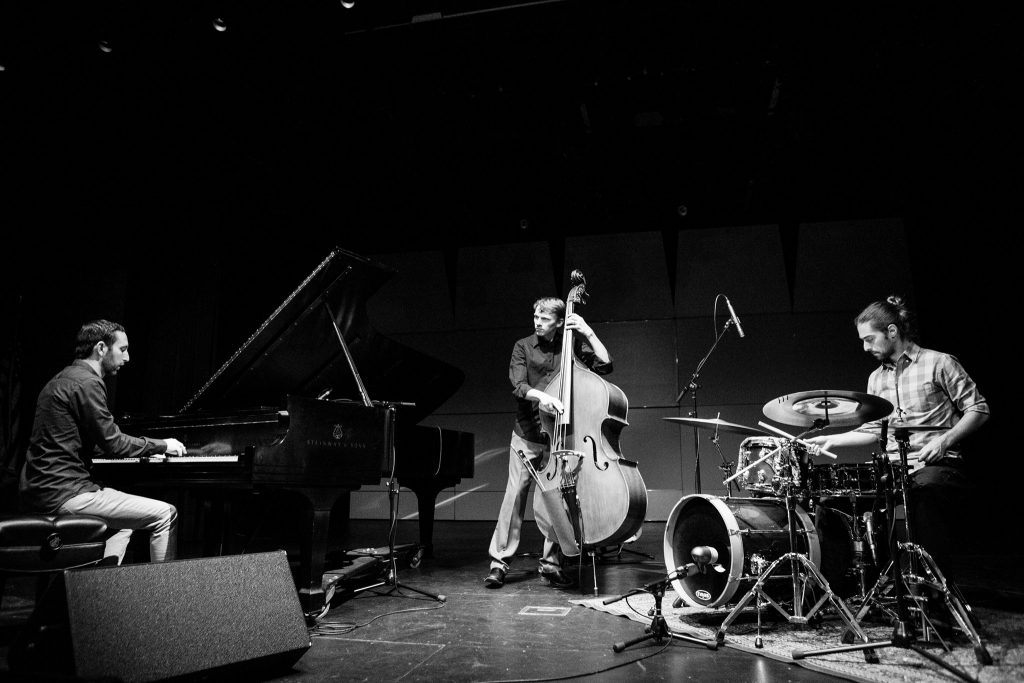 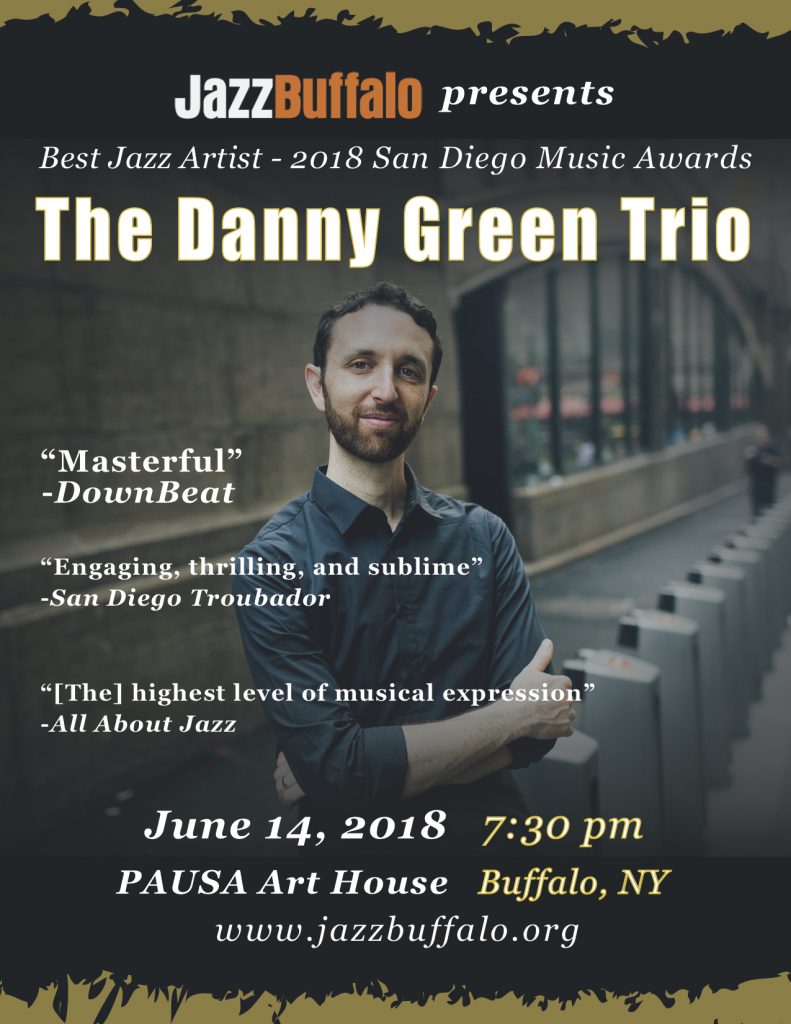 A rising force on the jazz scene and an award-winning Origin Records recording artist, pianist, and composer Danny Green have distinguished himself with his beautifully articulated touch and melodically charged sensibility. His Original compositions – a vivid blend of jazz, classical, and Brazilian elements – delight critics and audiences across the country and around the world. Green’s talents have taken him from the Blue Note in New York City to the Blue Whale in Los Angeles, and his work has been featured in DownBeat Magazine, Jazziz, the San Diego Union-Tribune, The Boston Globe, NPR, and JazzEd.

According to JazzReview.com, “Danny Green is what evolution in jazz is all about, expressing the traits of those that came before him, with a style and panache that is all his own…an individual who expresses what is inside of him.” A Southern California native, Green began studying classical piano at the age of five. His passion for music was apparent early on — his parents had to pull him away from the piano at his first recital. As they tugged him by his right hand, he continued playing with his left hand. At the age of twelve, Green grew disenchanted with reading music and quit lessons. He taught himself to play by ear and spent the next two years only playing Nirvana.

Toward the end of high school, he fell in love with Afro Cuban music, which led to his discovery of Brazilian music and eventually jazz. Green resumed his formal training at UC San Diego, where he studied jazz piano with Grammy-winning producer Kamau Kenyatta and classical piano with John Mark Harris and Luciane Cardassi. He performed the first jazz honors recital at UCSD and received the Jimmy Cheatham Jazz Award. Green continued his education by pursuing a Master’s degree in Jazz Studies at San Diego State University, where he studied jazz piano with Rick Helzer. He was awarded several scholarships and named “Outstanding Graduate.”

The trio was chosen to be a resident artist in the San Diego Museum of Art’s 2013 Summer Residency Project. Green revealed his unique talents on his 2009 debut recording With You In Mind, which won “Best Jazz Album” at the 2009 San Diego Music Awards. In 2012, Green teamed up with Tapestry Records to release A Thousand Ways Home, featuring Justin Grinnell on bass, Julien Cantelm on drums, and Tripp Sprague on sax, as well as a talented cast of guest artists inducing guitarists Chico Pinheiro, Peter Sprague, and Dusty Brough, Brazilian vocalist Claudia Villela, and mandolinist Eva Scow. That album was voted into KSDS Jazz 88.3’s “Top Ten Jazz Releases of 2012,” and was nominated “Best Jazz Album” at the 2013 San Diego Music Awards.

In 2014, the Danny Green Trio, comprised of Green, Grinnell, and Cantelm released the highly-acclaimed album After The Calm on OA2 Records. Featuring ten of Green’s compositions, the album received much praise from the press and nationwide radio play. JazzWax described the album as “A highly impressive album that will knock you out,” and the San Diego Troubadour called it, “Unconditionally recommended to anyone who appreciates good jazz, instrumental music or soundtracks.” After The Calm won “Best Jazz Album” at the 2015 San Diego Music Awards and was nominated for “Album of the Year.”

The trio recorded their 2016 release, Altered Narratives, at New York City’s famed Sear Sound recording studio with award-winning producer Matt Pierson. Released on OA2 Records, the album consists of eleven original compositions by Green. The three tunes at the center of the album feature the trio with a string quartet led by violinist Antoine Silverman, a widely admired New York classical and studio player. All About Jazz critic Dan McClenaghan commented, “There’s nothing that adds a touch of elegance to a jazz set more than an adeptly-done string arrangement, and these are superb; violins, viola, and cello in a sinuous, sometimes whispering embrace with a vibrant, top-notch piano trio, delving into Danny Green’s distinguished compositions.”

The album remained on the Jazz Week Top 50 chart for fourteen weeks and earned high praise from critics worldwide. Since the release of Altered Narratives, Green has continued composing music for trio plus strings and performing it. The Danny Green Trio Plus Strings’s debut performance at New York City’s Shapeshifter Lab featured members of the New York-based chamber ensemble, Hotel Elefant, along with special guest Chico Pinheiro on guitar. Other performances include a live radio broadcast on KSDS Jazz 88.3’s Jazz Live, featuring members of the San Diego Symphony, TEDxSan Diego, the Museum of Making Music, and the Western Arts Alliance Juried Showcase in Seattle. NBC San Diego reviewed their Jazz Live performance noting, “Green’s acuity for string writing and the seamless integration of the quartet and the improvising trio was nothing short of sterling.”

The Danny Green Trio Plus Strings is currently releasing a new album of works on Origin Records entitled One Day Will Tell. The trio embarks on their CD Release Tour beginning June 9th that will find them in such cities as New York, Baltimore, San Francisco, Los Angelas, and yes – Buffalo!  Danny Green Trio make a stop in Buffalo on Thursday, June 13th at 7:30 pm at Pausa Art House.  You will not want to miss this trio in Buffalo’s premier intimate concert setting!