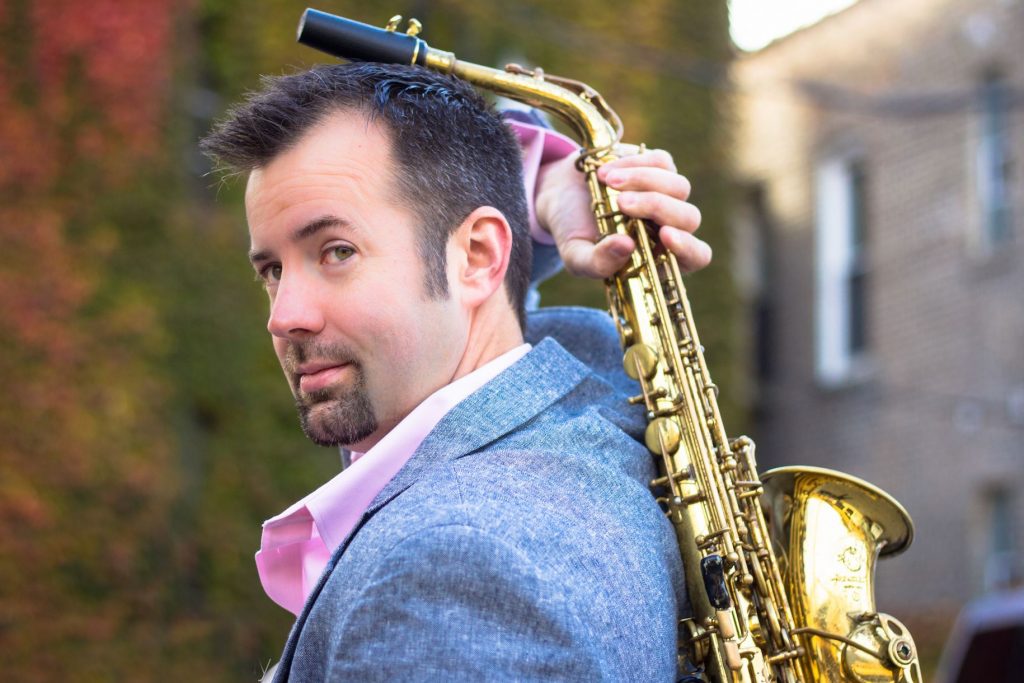 Buffalo gets a visit from Chicago Jazz!  A French Music Festival happens.  And much more! 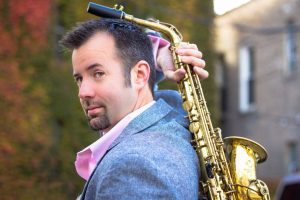 Arriving From Chicago! Shawn Maxwell’s New Tomorrow is a quintet made up of some of Chicago’s finest musicians. Performing all original material, they specialize in a style of jazz that is heavily influenced and blended with several other modern genres. Focusing on composition just as much as improvisation, they reveal stunning melodies hidden within complex time signatures. This new approach in Maxwell’s writing brings a perfect blend of composition and improvisation for a new direction in jazz. Shawn Maxwell –… 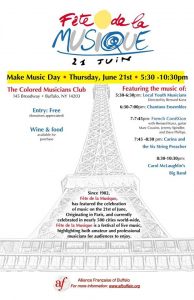 Every year on June 21st we celebrate Make Music Day / La Fête de la Musique in countless venues around the world. In Buffalo we’ll celebrate at the Historic Colored Musicians Club from: 5:30 pm with students from Hutch Tech (5:30), with a sing-along (6:15), with French ConéXion (7:00), with Carina and the Six String Preacher (7:45) and finally the Carol McLaughlin Big Band (8:30). Admission is free, food and drink are available for a nominal fee. Hope to see you…

Buffalo Jazz Octet Performs – Born to Be Wild: Music of 1968 and More 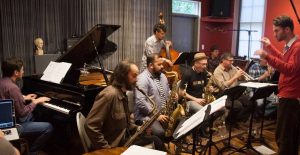 The Kenan Center presents the Buffalo Jazz Octet performing, “Born to Be Wild: Music of 1968 and More,” in the Taylor Theater, a 153-seat converted carriage house on the Center’s campus that provides an intimate, club-like atmosphere. All concerts feature two full sets of music with refreshments available. Individual tickets are $15 for Kenan Center members and $20 for the general public and may be purchased online at Ticketleap, in person at the Kenan Center Business Office, or charged by… 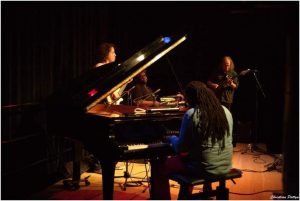 There is more jazz so be sure to click below:

This upcoming show has tickets selling!  If you have an interest, you are encouraged to get your tickets soon! 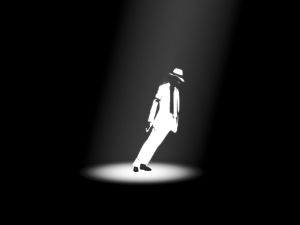 A Jazz Tribute To Michael Jackson, a special production commissioned by JazzBuffalo and first performed at MusicalFare Theatre, will feature the spectacular ensemble, Mark Marinaccio and Friends. The all-star ensemble will perform newly arranged jazz compositions that draw from the repertoire of the King Of Pop, Michael Jackson.  Nobody’s star burned brighter than Michael Jackson.   Many of his hit songs were arranged by the jazz icon Quincy Jones and their brilliance were often overshadowed by their popularity.   On this evening,…

JazzBuffalo Jazz In Town Articles You May Have Missed