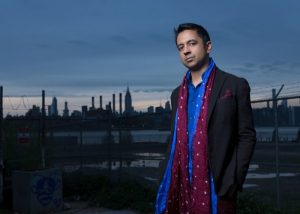 The poll represents the views of critics and with 142 of them in tow, you are not going to get full agreement on many talented musicians.  Each year, fast-rising stars, as well as, venerable jazz musicians are left off the list.  And, their omission leaves you with a head-scratching feeling.  On the contrary, you get artists who make the top of a category and such occurrences leave you wondering what critics saw or heard that you did not.  This is to say that votes can be highly subjective and serve as interesting talking points.

With that being said, of most interest is who will be making trips through Buffalo that helps to put the city on the national jazz map.  Surprisingly, we have had quite a few who have come through Buffalo and are about to:

Using the Downbeat Critics Poll as just one barometer, Buffalo is indeed getting to be a noted destination on the national jazz map.  Look for more jazz artists, who are listed in the poll, to make it through Buffalo in the future!

The full listing of the poll results will be available in the August issue of Downbeat magazine.  What follows is the list of winners of the 66th Annual DownBeat International Critics Poll:

Beyond Artist or Group: Kendrick Lamar