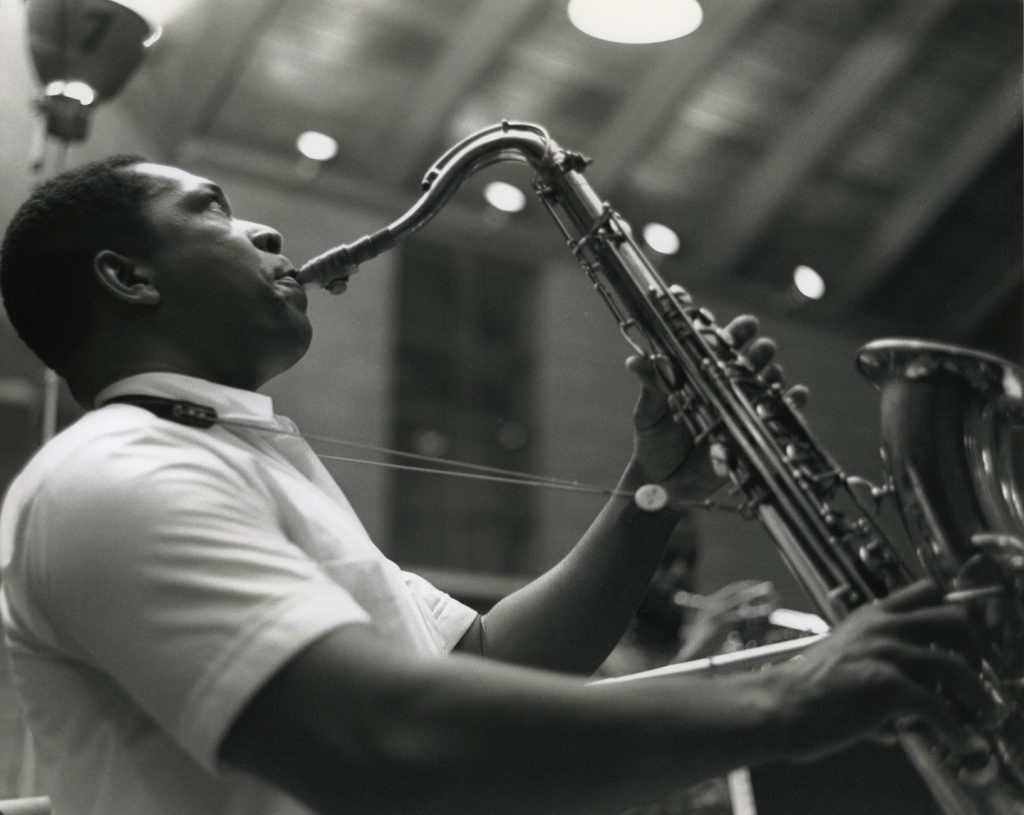 When it first came to light that lost recordings of a session in March of 1963 had surfaced, John Coltrane jazz loyalists have waited with much anticipation and bated breath.   Now released on June 29, 2018, by Impulse Records and titled Both Directions At Once: The Lost Album. To many, Coltrane is revered as a mythological figure in jazz history.  Perhaps, another giant figure in jazz says it best about this discovery.  In a widely circulated quote from the now released liner notes, Sonny Rollins describes the finding as “Like finding a new room in the Great Pyramid.”

This session features the famous John Coltrane Quartet consisting of McCoy Tyner on piano, Jimmy Garrison on bass, and Elvin Jones on drums.  The quartet occupies a special place in jazz history as certainly one of the most significant quartets ever to work together.  At the time of this session, the quartet was reaching new heights, through concert tours, in terms of blending together as a power group.  This was a time before Coltrane’s further exploration into mystical jazz and A Love Supreme.

It is during this period, 1961-1963, that Coltrane is carving out a path that is uniquely his own.  Shaking up the jazz world with the introduction of My Favorite Things and displaying composition prowess with the nascent beginnings of the tune Impressions.  The tune and album were released at the end of 1963, although, Coltrane first explored this composition live at the Village Vanguard in 1961.  Check out this live recording unearthed of Coltrane’s unrefined first version of Impressions:

The composition of Impressions plays a big role in this newly found release.  There are four takes of Coltrane and the quartet exploring how to approach and improvise on this song.  It was originally untitled in this recording and referred to as 11385.

Impulse Records did release a preview song entitled Untitled Original 11383.  You can hear Coltrane’s undeniable sound that would later evolve into A Love Supreme:

There are seven tracks that are revealed on this album.  What should we expect?  Based on the above track 11385, I think we can expect to hear a bit of the messy process that comes with exploring original compositions and arrangements.  Which, will be revelatory indeed.  However, we will not get the most revered works displayed in the albums Crescent and A Love Supreme.  We will surely get glimpses of what road was ahead for Coltrane and where he was going with his music.  That alone, makes this album noteworthy.

The tunes explored range from Nature Boy, Villa, One Up, One Down, Untitled 11386, and the before mentioned takes of Impressions.  Coltrane aficionados will love and enjoy, no doubt.  It captures the exuberance of Coltrane’s sound.  A sense of familiarity to the ear many long for in today’s jazz.  The performances do have a “working session” quality to them.

Ravi Coltrane, son of John Coltrane, aptly gives us the reality of this lost album when he states in the New York Times: “All these musicians are reaching some of the heights of their musical powers.  On this record, you do get a sense of John with one foot in the past and one foot headed towards his future.”

In this tune, Crescent, we hear Coltrane perhaps at the end of such a process to get what he sought out of a series of recording sessions like the one that took place in March of 1963:

An interesting note of events that surround the date of March 6, 1963, helps put things into perspective.  When they entered the studio managed by the much-heralded Rudy Van Gelder, they had just finished a 2-week engagement at Birdland in New York City.  The day after, on March 7, 1963, they were back in Gelder’s studio to record John Coltrane & Johnny Hartman.  An album that has stood the test of time in terms of jazz romanticism.

For Coltrane loyalist, this marks a momentous day for a deeper dive can be taken into the works of Coltrane and how he approached his relentless drive to achieve what he was after.  An exercise many have eagerly awaited to take and now they can.