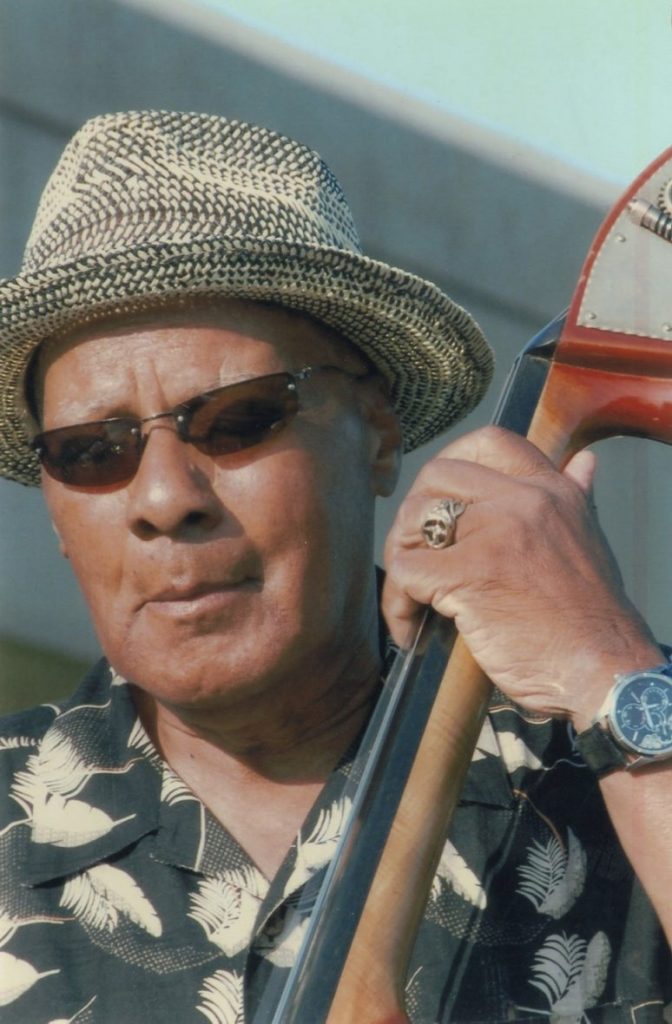 James “Pappy” Martin was a legendary and much-revered jazz musician, bandleader, and community organizer who left an admired body of work when he passed in March of 2015 at the age of 82.  During his musical career, “Pappy” Martin played with such greats as Aretha Franklin, Ruth Brown, Johnny Griffin, Billy Taylor, and Betty Carter.  As a bandleader and musician, he played in many famous area nightclubs, including Little Harlem, Pine Grill, Revilot, Royal Arms, Moon Glow, Shalimar, Town Casino, Ontario House, and Blue Note.

James “Pappy” Martin’s love and passion for jazz propelled him to be a community organizer and activist.  He founded the Love Supreme School of Music that focused on instrumental music lessons, music theory and the science of music. Love Supreme School launched careers of many local and national musicians. He co-founded the Masten Jazz Festival that now bears his name as the Pappy Martin Legacy – Masten Jazz Festival. 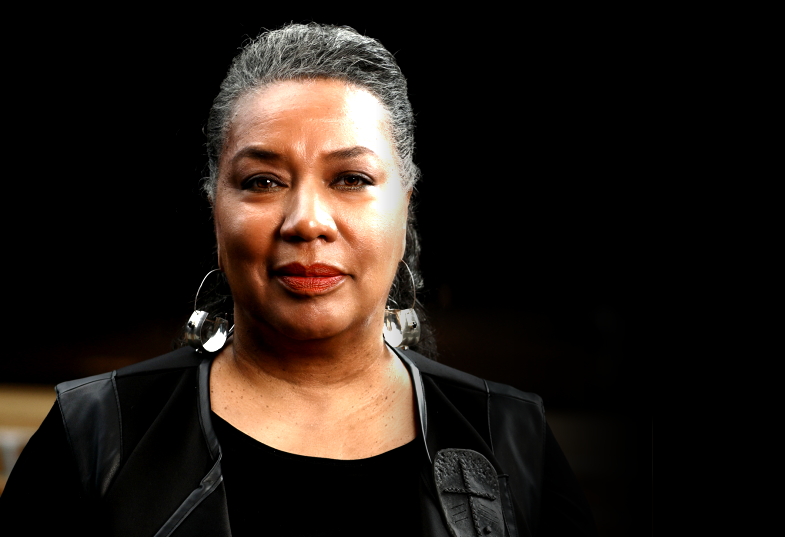 I caught up with Dawn-Berry Walker, the President of the Pappy Martin Legacy Jazz Collective for a brief chat.  Dawn is the daughter of James “Pappy” Martin.  She has worked feverishly during the past three years to advance the cause of her Father’s dreams and aspirations for jazz.

This is the 23rd annual festival year for the Pappy Martin Legacy-Masten Jazz Festival. Why do you think the festival has lasted this long?

“It is the music!  We curate the festival so as to present the highest level of musicianship and focus on the authenticity of straight-ahead jazz. We enjoy embracing the community as our “jazz family” and ensuring everyone feels welcome. The community recognizes the importance of supporting and celebrating the historical, cultural and artistic value of this only original American art form.”

The festival is named after your Dad, James “Pappy” Martin who passed away in 2015. For people who may be discovering the festival for the first time, what is the “legacy” about your Dad that you would like people to know about?  What do you think your Dad would say if he saw what was happening today at the festival?

“My father, Pappy, built a legacy of offering this free festival so that the best of this music, called jazz, would be accessible to everyone in the community. I believe that Pappy would be very proud that we not only respect and honor his legacy enough to continue it; but, that we are investing in building upon the foundation that he laid. Under his leadership, the festival grew, in size and scope, every year throughout the 20 years during which he was at the helm. We uphold his commitment by immortalizing his vision. He left us a great template and solid reputation for producing wonderful festivals, year after year.”

What excites you about this year’s lineup of jazz artists and why should the audience be excited?

“As always, we present a diverse lineup which includes the best of local and international musicians.  This year, we very consciously include a cadre of younger musicians like Drea d’Nur, The JazzCats, and Theo Croker: Star People Nation.  We know that the versatility of these groups will bring new energy and fresh offerings to our musical repertoire; thus, enhancing our overall excitement and appeal. Then, we will also present very solid traditional musicians.  Curtis Lundy, Carmen Lundy, Warren Wolf, Patrice Rushen, Warren Wolf, and many other gifted artists.”

You’ve coined the phrase “Educate Your Ear, Listen To Jazz.” What is the meaning of this phrase you would like people to get?

“Relative to Buffalo’s past, we have somewhat limited access to live jazz.  In my opinion, the best way to enjoy jazz is to experience it live.  If you ‘listen’ you will internalize, marvel and develop the highest regard for the very wonderful power of the music. Our goal is to expand an appreciation of jazz by encouraging everyone to take advantage of opportunities to expand his/her knowledge through our live performances.”

Dawn-Berry Walker has been instrumental in keeping the legacy of her father alive and has continued to advance the dream.  Doing so by expanding the annual John Coltrane Birthday Celebration to 4 days, creating an annual Celestial Jazz Concert in a church setting, expanding the membership of the Pappy Martin Legacy Jazz Society, and reviving the Love Supreme School of Music.  These initiatives are now housed under the umbrella of the Pappy Martin Legacy Jazz Collective.

For those who may have never met Pappy Martin, here is a brief video from 2011.   In this video, James “Pappy” Martin articulates his dream for the festival, Love Supreme School of Music, and jazz in general:

This year’s Pappy Martin Legacy Jazz Festival takes place on Sunday, July 22nd and Sunday, July 29th.  A fantastic lineup of jazz artists will be presented each Sunday beginning at 2 pm and lasting until approximately 8 pm.  The festival is located on the grounds behind the Buffalo Science Museum and is open to the public as a free event.  People are encouraged to bring lawn chairs for seating.  The festival takes place rain or shine.  The poster with the lineup for the festival follows for your convenience! 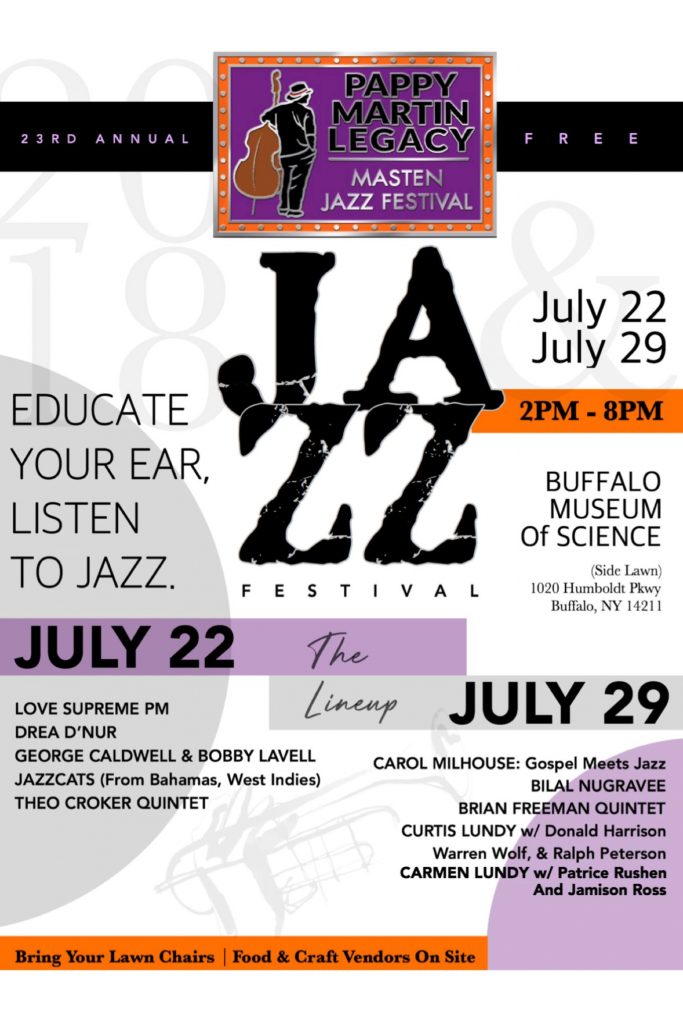 3 thoughts on “A Conversation With Dawn-Berry Walker: Carrying On The Legacy Of James “Pappy” Martin”