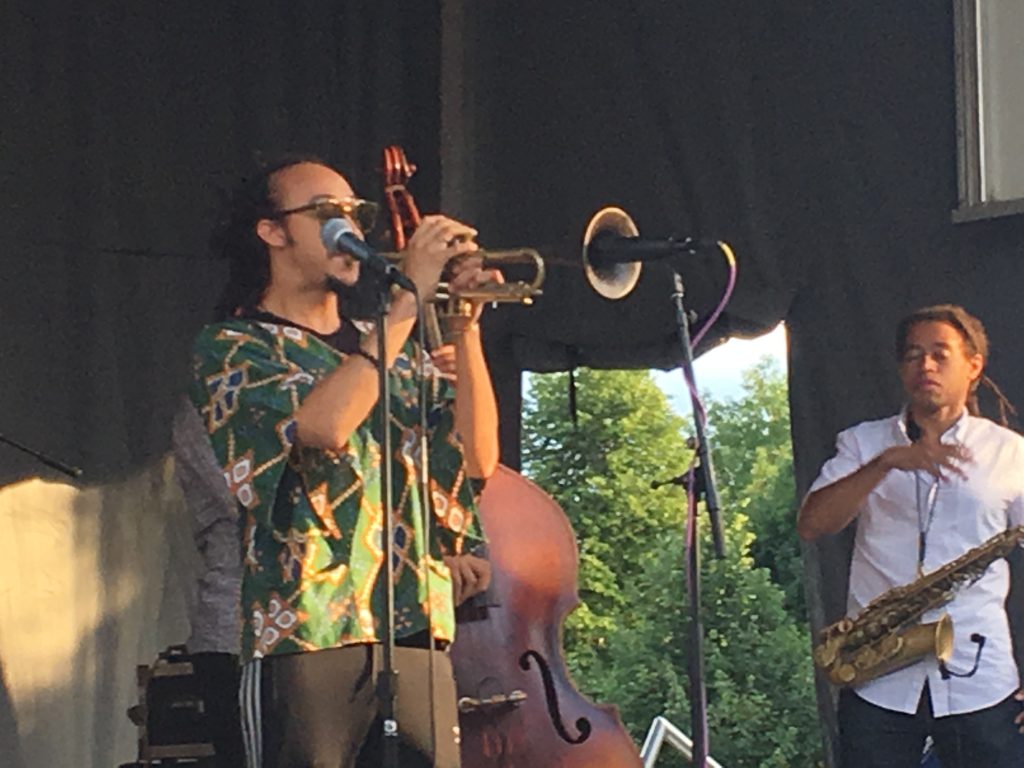 On a day when jazz was in abundance throughout the far reaches of Western New York, it was befitting that extraordinary international jazz artists could be found in the heart of Buffalo.  The first Sunday of the 23rd Annual Pappy Martin Legacy – Masten Jazz Festival took place on Sunday, July 22.  The festival held outdoors on the grounds of the Buffalo Science Museum was graced with partly cloudy skies and bright sun after a morning shower.  Thank the heavens for great jazz took place!

The festival kicked off with the Love Supreme band highlighted by the guitar workings of Chuck Buffamonte and sax man Tony Grisanti.  They got things underway with a bluesy set of music to get the audience warmed up.

They were followed by the exceptionally gifted vocalist Drea d’Nur.  Drea’s show packed a walloped.  Backed by an ensemble of stellar talent that consisted of Toney Rhodes on keyboards, Rishon Odel Northington on bass, Carl “Flute” Johnson on drums, and Rochester-based Judah Sealy on sax, the crowd was swept over by d’Nur’s renditions of Nina Simone and Sade tunes.  The Simone tune “Ain’t Got No, I Got Life” put Drea’s full talents on display, which held the audience spellbound.

Leading up to the headlining performance by Theo Croker and Star People Nation were performances by the Jazz Cats from the Bahamas and the George Caldwell/Bobby Lavell Quartet.  Jazz Cats, a group of youngsters under the age of 19, showed respect to the history of jazz by playing tunes from such giants as Sonny Rollins.  Notably, the 19 years old trumpeter Giveton Gelin showed why he was recently admitted into the famed Julliard School of Music and is starting to hit the New York City jazz club circuit.  Caldwell and Lavell performed music from their recent Accord CD.  Their friendship extended into a superb chemistry with each displaying extended runs that were joyful.  Lavell, a long-time member of the Jimmy Heath Orchestra and a master craftsman on the sax, was downright exciting to hear.

Theo Croker and Star People Nation hit the stage in the early evening.  The quintet led by the young trumpeter, the grandson of trumpet legend Doc Cheatham, set out to balance their groove-oriented style with forays into bebop, standards, and hard bop.  A standout in this quintet is rising star pianist, Michael King.  Buffalo jazz fans may remember King’s exceptional performance with the Melissa Aldana Quartet at the Albright-Knox Art Gallery Art of Jazz Series.  His performance on keyboards was nothing short of captivatingly brilliant. 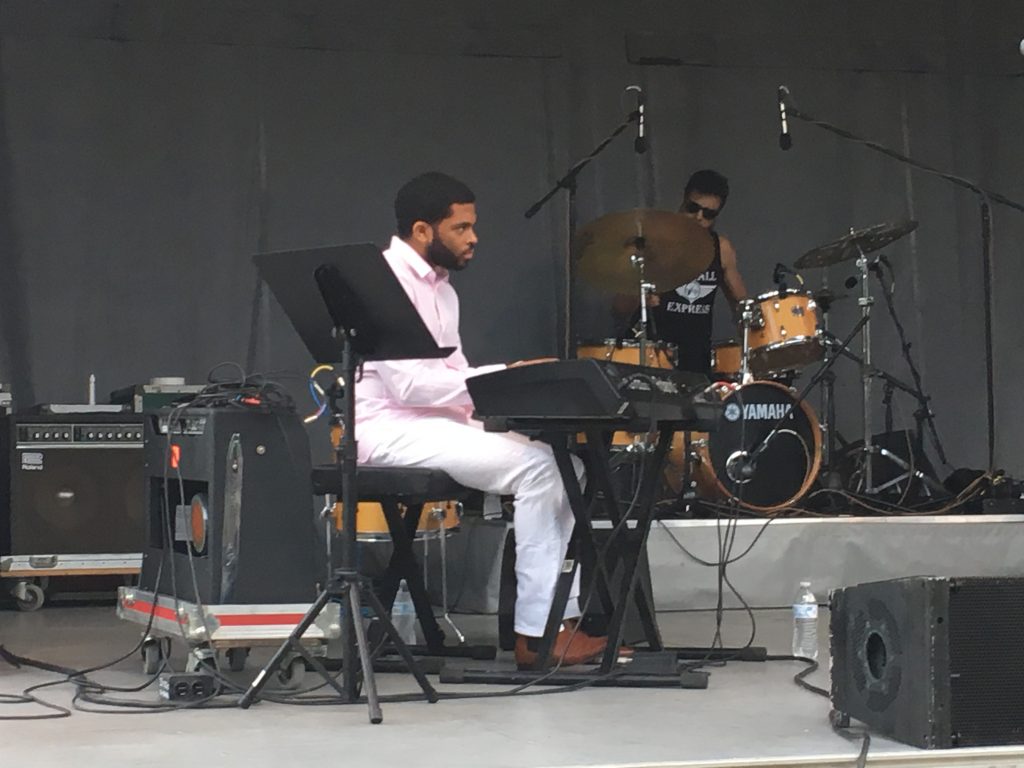 The groove of bandmates Croker, King, Irwin Hall on alto sax, Eric Wheeler on bass, and Kassa Overall on drums was hard-driving.  This assemblage of talent is no doubt exceptional.  Croker displayed his immense talents on a riveting version of My Funny Valentine. The highlight was the introduction of a new tune composed by Croker entitled The Messenger.  The tune pays homage to the spirit of John Coltrane and Elvin Jones.

A great ending on a day when homage was paid once again to the legacy of James “Pappy” Martin.  From the heavens, he no doubt saw that jazz was well and good in the heart of Buffalo.