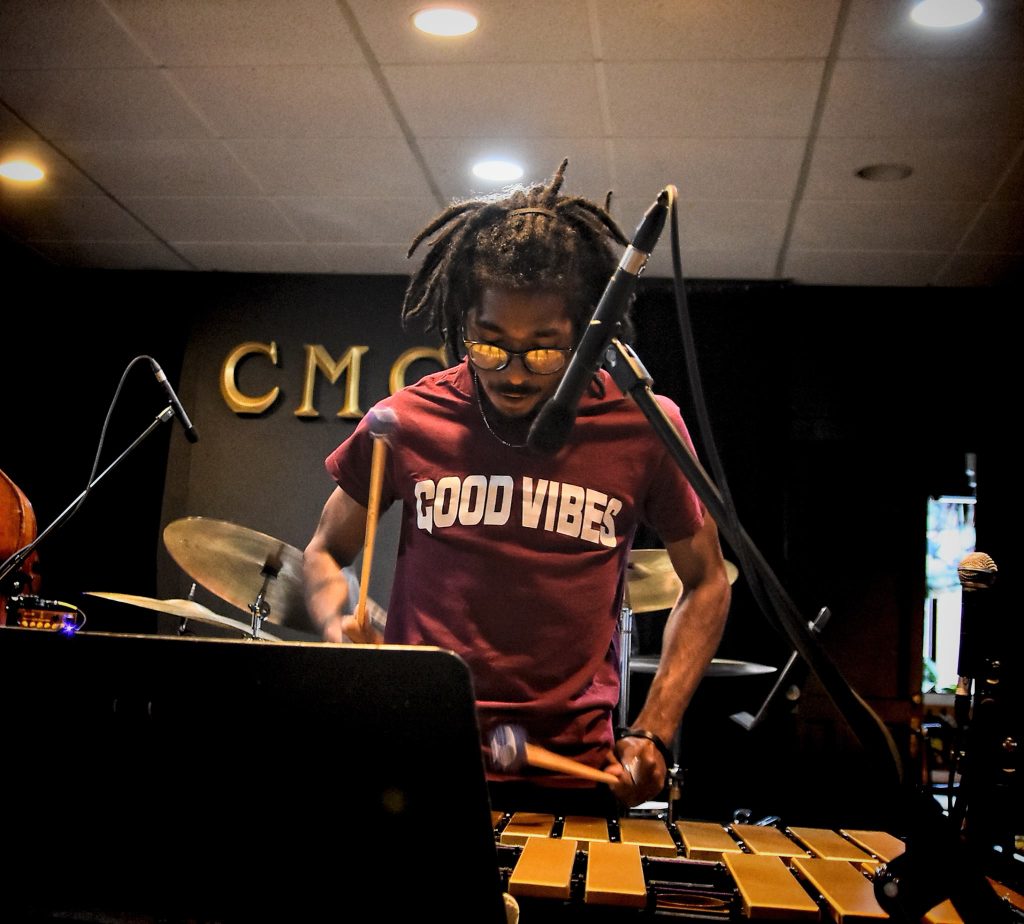 The extraordinary vibraphonist Joel Ross came to town as part of this year’s 2018 CMC Jazz Festival.  Performing as a quintet, Joel Ross and Good Vibes put on two enthralling performances.  Ross displayed why he is one of the most unique vibraphonists to hit the jazz scene in quite a while.  Displaying a level of musicality that is striking.

Ross approaches the vibes with physical intensity.  His whole body moves in a dancing rhythm with his performing.  His sense of timing impeccable and often appearing hesitant – but for effect.  Immanuel Wilkins on alto sax works so well in tandem with Ross.  Creating a cloud of melodic fullness that you become immersed in.  The influence of Ross’s roots in Chicago, now living in New York, is evident in his arranging and the Good Vibes unique sound.

While both sets were impressive, it was in the second set that Ross unleashed a fury of playing on the final two tunes.  Putting on display his energetic percussive style on the vibes.  No doubt, a contrast to more fluid type vibraphonists such as Gary Burton.

If there was anything missing, it was the still-forming maturity of the group’s presence before the audience.  Joel Ross and Good Vibes can certainly interact more with the audience.  Providing information on the songs being performed and the intent behind them.  Although never evident in their performing, not doing so gives off an unintended optic of aloofness that creates a disconnect with the audience.

Joel Ross and Good Vibes have a bright future ahead of them.  Since seeing Ross perform with fellow Chicagoan and trumpeter Marquis Hill in a riveting concert in February of 2017 in New York City, Ross has been on a steady rise.  I do not expect it to stop anytime soon!

Here is a gallery of superlative photos for you to enjoy from our good friend of JazzBuffalo, photographer Jack Zuff: