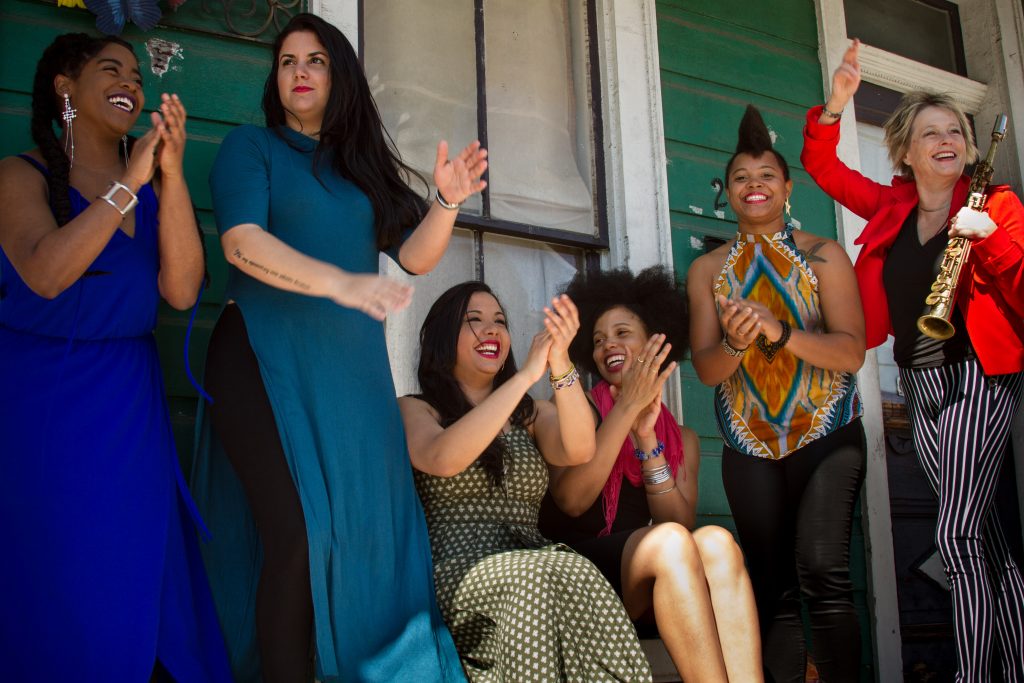 The Toronto native founded her current band Maqueque (pronounced Mah-keh-keh), which features five, dynamic, female Cuban instrumentalists and vocalists, after tiring of the dearth of Cuban women on bandstands. “When you go to the conservatories they’re all there studying, and they’re great, but you never see them out on the scene; they’re not writing their own music and leaving Cuba to tour,” said Bunnett who has visited the country more than 100 times since her first trip in 1982. “The music scene there is heavily male-dominated.”

She had fixed requirements for the young women she auditioned: “They had to be strong instrumentalists, and if they couldn’t improvise they had to have a desire to play jazz. And personality was important.” Maqueque’s self-titled, debut album won a Juno in 2015. Their second release, Oddara, was nominated for a Grammy this year. The name of the ensemble, which has toured internationally, comes from the Yoruba language and translates as “fiery energy spirit of a little girl.”

And the group’s music, which marries intricate, folkloric, Afro-Cuban rhythms with contemporary jazz sounds, is evolving. “It’s become more jazz-oriented, because of my leanings, but Cuban rhythms still run through everything, because that’s their context,” explained Bunnett.

After years of being the only woman in a band, she’s adjusted easily to being on the road with others. “They have an attitude of ‘I can’t wait to get on stage and show what I can do,’ whereas the guys always seem more cool and nonchalant about performing. These girls don’t take the performance opportunity for granted.”

Jane Bunnett and Maqueque will appear on Friday, August 10th at 8 pm and on Saturday, August 11th at 8 pm at Pausa Art House (19 Wadsworth Street, Buffalo, NY).  Buffalo’s premier intimate jazz concert setting.  Tickets are $20 to $25 and are now available on Eventbrite for this marquee jazz concert.  Click on this link to get your tickets soon:  Jane Bunnett and Maqueque