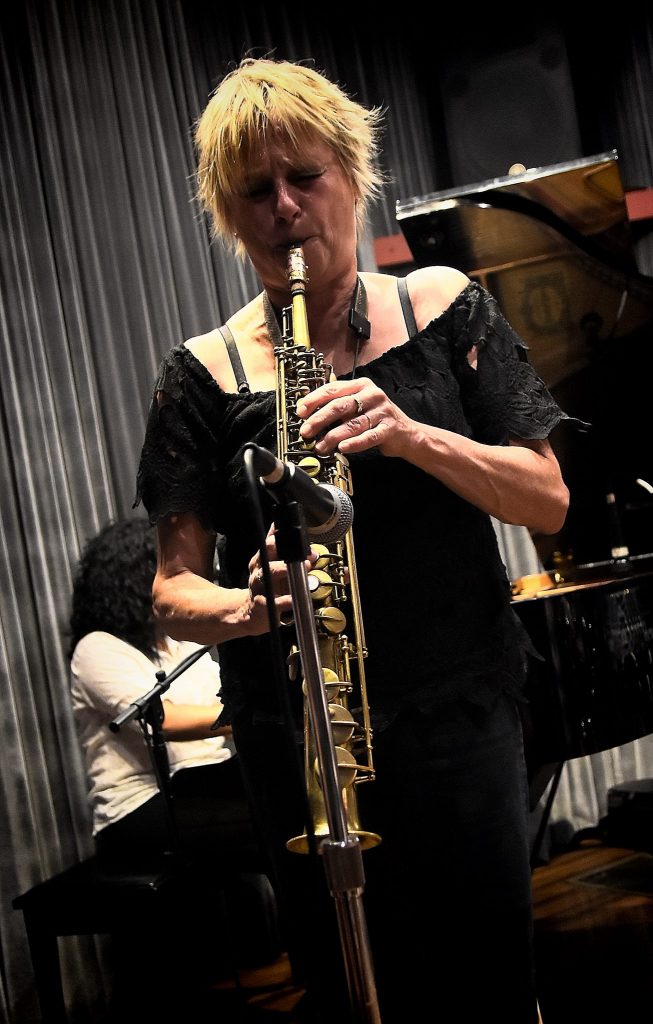 The first of two evening concert performances by 3 times Grammy nominee Jane Bunnett and Maqueque took place at Pausa Art House on Friday, August 10th.  From start to finish, there was an energy in the “house” that was palpable and electric.  The band arrived directly from New York City and two consecutive nights at Dizzy’s at the Jazz At Lincoln Center.  Despite the travel, the “girls’, as Jane affectionately calls the young Cuban females, did not miss a beat.

The all-female ensemble performed music primarily from their Grammy-nominated album for Best Latin Jazz Album, Oddara.  Such tunes as “Little Feet” and “Dream” put on full display this brilliant pairing of one of the best soprano sax players in the world with the captivating artistry of the Cuban female musicians.  Led by Jane Bunnett, the ensemble brought the best of Cuban influenced jazz and musicianships to the stage.  Meticulously composed and arranged by Bunnett, each song was a story onto itself.  With the ensemble filling in spaces with beautiful vocals.

No question the audience loved every minute of the concert.  The final number of the night had people on their feet in standing ovation, clapping, and dancing to the rhythm of the Cuban-influenced Latin Jazz.  The second of the two concerts take place tonight at 8 pm at Pausa Art House.

Enjoy the photo gallery of our friend of JazzBuffalo, photographer Jack Zuff.  They beautifully capture the passion of these wonderful Cuban musicians.