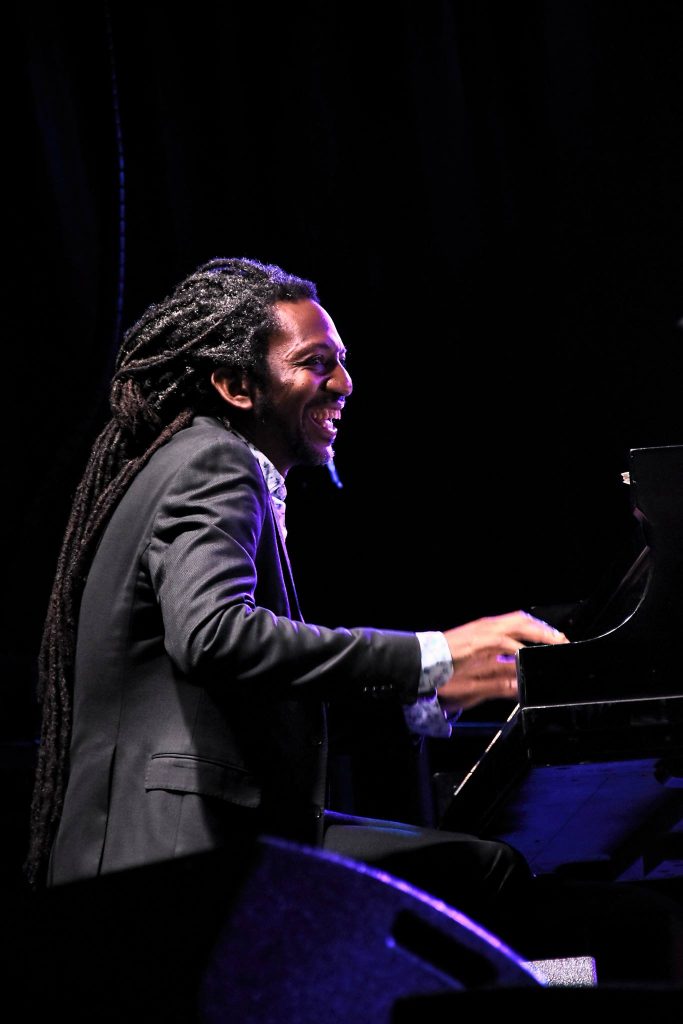 On Saturday evening, August 25th, the audience at the Northwest Jazz Festival in Lewiston, NY welcomed the noted Cuban-born pianist, composer, and arranger, Elio Villafranca.   The ensemble called the Jass Syncopators included some of the biggest names in jazz to have ever taken the Northwest Jazz Festival stage for a headlining performance.  The venerable alto saxophonist Vincent Herring, legend trombonist Steve Turré, and drummer/composer Dion Parson hit the stage along with emerging stars Peter Slavov on bass, Bruce Harris on trumpet, and Gabo Lugo on percussion. 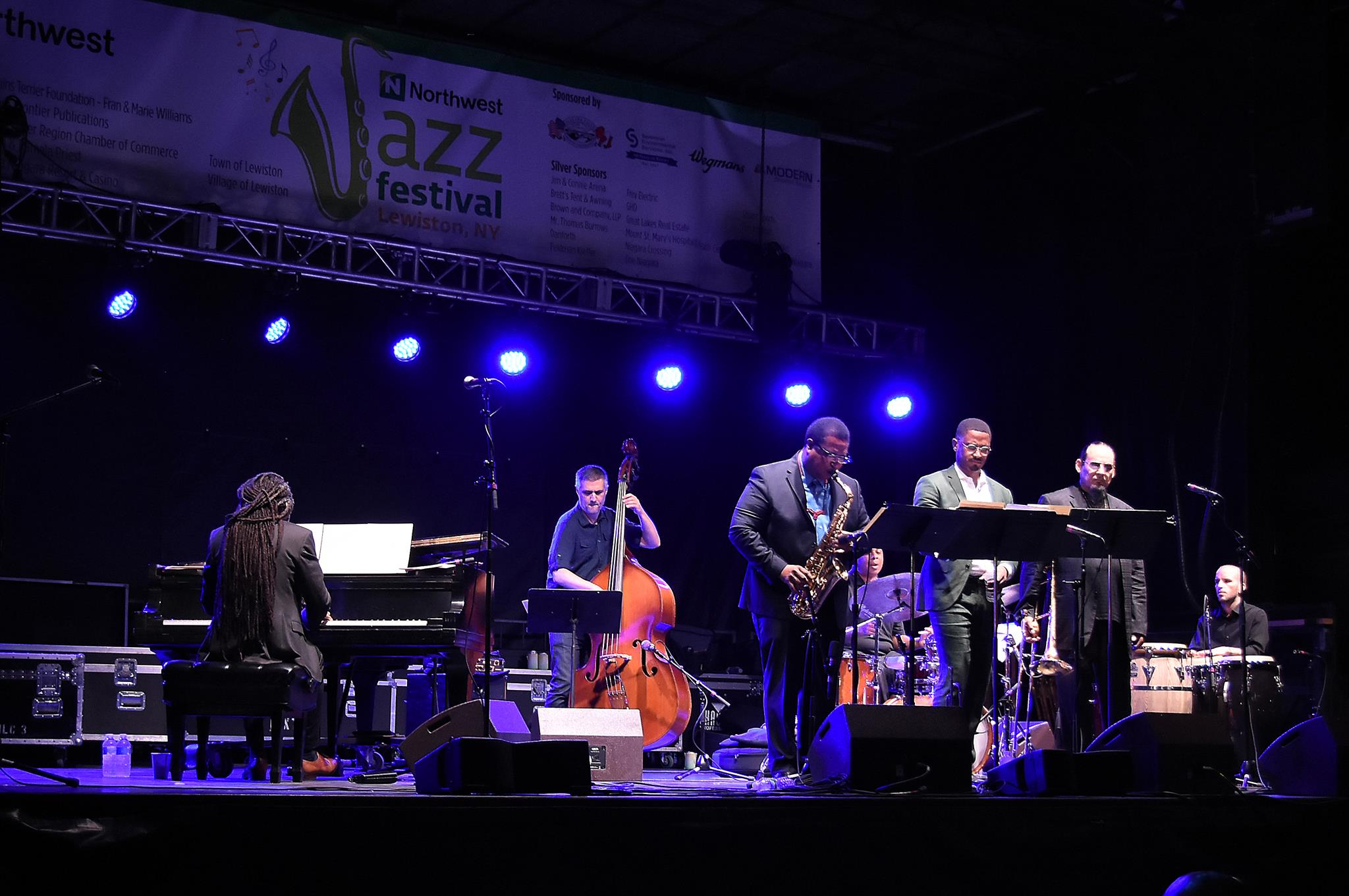 Villafranca’s art is more than a concert.  He aims to take festival and concert attendees on a musical voyage.  Introducing the audience to the native sounds of the five Carribean Islands and Cuba.  These musical nuances are rooted in African rhythms and traditions dating back to the infamous slave-trading periods in their history.   His latest project, “Cinque”, is a musical experience regarding the story of the slave Joseph Cinque and the revolt aboard the ship La Amistad.

Since 2015, he has been a musical quest that builds upon these traditions and stories.  Attracting some of the biggest names in jazz, including Wynton Marsalis, in addition to those mentioned above.  On this evening, you can see and hear Villafranca’s complete command of the music and how these top names in jazz were as eager as ever to perform the epic nature of his compositions and arrangments.  Since it is a rarity to be able to pull top jazz musicians together outside of Jazz At Lincoln Center for such epic presentations, it was a monumental moment for the festival.

Villafranca’s approach defies conventional thinking or anticipation when the label Latin Jazz is given to inadequately describe his music.  He approaches compositions and arrangements from a classical perspective first and then introduces musical influences of jazz and traditions.  The first song of the night was “Carribean Tinge” from his previous album of the same name.   A live recording at Dizzy’s at Jazz At Lincoln Center, which began this musical voyage into the Jass Syncopators.  This piece set the tone for the night as Villafranca introduced compositions from both “Carribean Tinge” and “Cinque”.

The artistic quality of Villafranca’s compositions gave ample room for Herring, Turré, and Harris to put on display their abilities to the highest order in jazz.  Gabo Lugo and Dion Parson worked together with Elio to bring in the traditional sounds he seeks.  Slavov on bass was in command of the rhythmic nature of the compelling musical journey.

It was a historic night of being spellbound by the magic of Villafranca’s music surrounded by the highest order of jazz artistry.  Where echoes of the root of jazz from the Carribean, New Orleans, and Ellington came together in new forms due to such talent and vision.  The evening closed with a song closest to the Latin Jazz label in convention yet is a masterpiece in the syncopator tinge tradition, “Mambo Vivo.”  An intoxicating song rich and robust with all that Villafranca wants you to experience.

A night to be remembered as a voyage into the mystical world of jazz composing and arranging that is truly hard to come by.  A magical evening for the Northwest Jazz Festival!