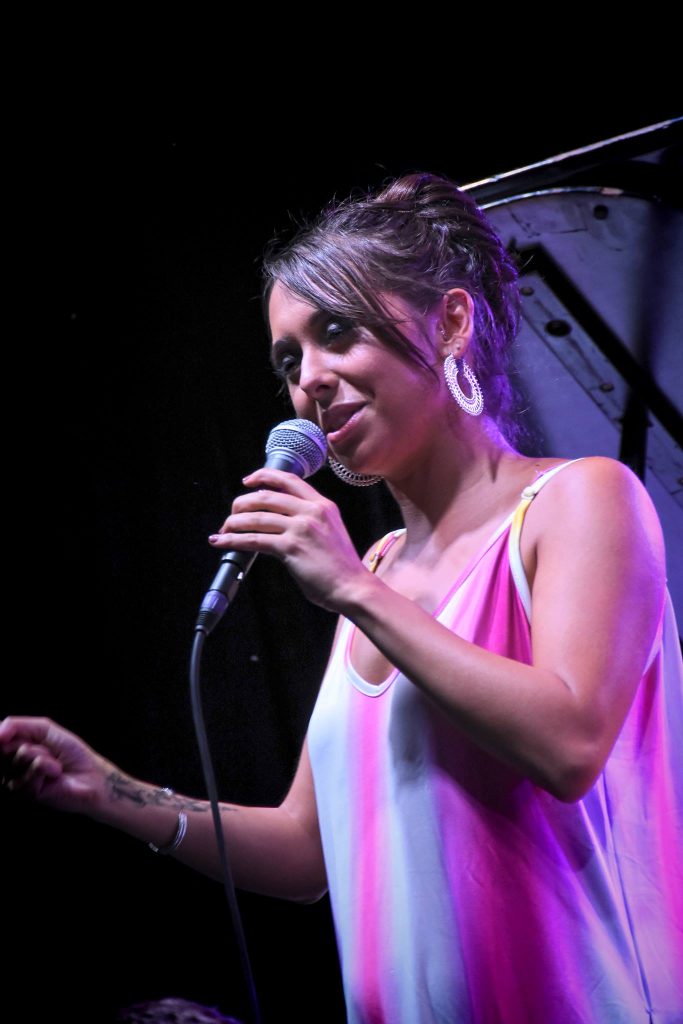 When Veronica Swift announced that she and Benny Green were collaborating on a new CD to be released by early next year, she had the audience swooning with anticipation.  This pairing of the jazz pianist legend Benny Green with the emerging star Veronica Swift brought attendees to the Northwest Jazz Festival to their feet at the Friday (August 24th) evening headlining performance.

Benny Green and the outstanding trio bandmates of David Wong on bass and Kenny Washington on drums got the show underway with Green performing material from his “Source” album.  The jazz master displayed magnificent musicianship not only on the piano but also in elevating the trio performance to its highest degree.  Green’s combination of artistic freedom and an energetic approach to the piano is riveting.  Evident was Green’s ties to both Oscar Peterson and time with Art Blakely and the Jazz Messengers.  Finesse and intense energy finding its way to 88 keys on the piano.

Veronica Swift’s graceful entrance belied how she was going to capture the audience in her hands.  She did that with a rousing rendition of “I Get A Kick Out Of You” where she put her scatting talent on full display.  If the audience was not fully aware of Swift beforehand, they sure were after the opening.  Throughout her set, Veronica Swift displayed maturity well beyond her age of 24.  Delivering echoes of Nancy Wilson on a stellar version of “The Other Woman.”  Swift is destined for jazz stardom!

Our JazzBuffalo contributor, photographer Jack Zuff, captured great photos from one of the best Friday headlining performances in the history of the festival.  Enjoy the photo gallery!