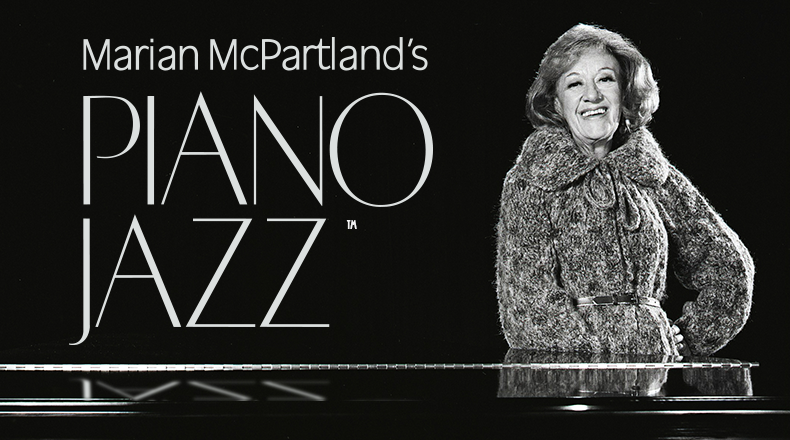 (This article appears courtesy of author Tim Festner of the Lockport Union-Sun & Journal, where it first appeared.)

Krista Seddon says that the first time she heard famed jazz pianist Marian McPartland, she had an epiphany.

It was a beautiful autumn day in Lockport in the mid-80s, and Seddon was enjoying the jazz selections of WBFO through her car speaker. Then McPartland’s “Willow Creek” began to play.

Seddon was so moved that she pulled over.

That was it. That was the sound that Seddon, a classically-trained pianist with ambitions to play jazz had long been searching for. McPartland’s piece embodied the free-flowing spirit of jazz with the delicate textures of classical music.

Her introduction to McPartland could hardly have come at a better time.

“It was during my struggle with jazz, and it meant a lot to hear someone play who had a classic touch, and more importantly to hear a jazz pianist who had classical sensibility,” Seddon said. 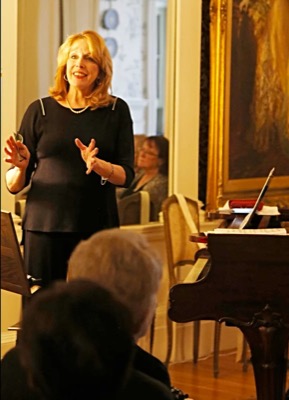 At the time, Seddon was visiting her parents in Lockport while on break from the University of North Texas, where she was pursuing a masters degree in jazz studies. Seddon was by that time a career musician, carrying the torch from her mother, who was also a pianist.

Seddon was inspired to pursue music in 1963, at age 9, when the Lockport City School District hosted a performance by the Buffalo Philharmonic Orchestra, featuring Russian pianist Vladimir Ashkenazy.

“I was so inspired that I decided, at 9 years old, that that’s what I wanted to do with my life,” she said.

Seddon began taking music lessons with Edna Kurth, her mother’s piano teacher, and Kenneth Atkinson, who was affiliated with the Community School of Music of Buffalo. After graduating from Lockport schools, Seddon pursued a bachelor’s degree at the New England Conservatory of Music, from which she graduated in 1975.

Her focus at the Conservatory was classically music education, but while there, she developed an intense love for jazz.

Throughout the ‘70s and ‘80s, Seddon found work playing jazz at clubs and restaurants, both locally and internationally. But she often approached jazz as a beast wholly separate from her classical music education.

Through McPartland’s influence, Seddon learned she could draw on her classical music skills and style play jazz. This realization did more than change Seddon’s style of playing; it changed the trajectory of Seddon’s career.

“I was able to utilize the skills that I already had,” Seddon said. “I had this mistaken idea that I had to separate myself from classical music in order to gain skill as a jazz pianist. Instead, I was able to incorporate my classical training and incorporate that into a new skill in jazz.” 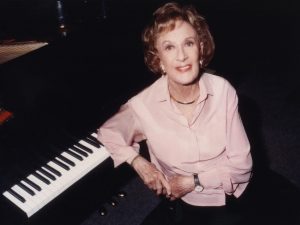 While McPartland introduced Seddon to a different style of playing jazz, for millions of Americans, McPartland was the voice that introduced them to the genre altogether. Her show, “Marion McPartland’s Jazz Piano,” aired on National Public Radio from 1978 to 2011, reaching countless ears, from longtime jazz buffs to jazz novices.

Seddon said McPartland’s sense of humor, her candor and her musical restraint helped make the genre accessible to ordinary listeners, even some skeptics who deride the genre as aimless and opaque.

“It’s a kind of jazz that we can all love,” Seddon said. So often people say to me that they don’t like jazz. And I think it’s because people go way out with it, and some people feel like they can’t follow it.

“Marian made sure to always really, really connect with her audience, and play so that they can understand what she’s doing,” she said.

Like Seddon, McPartland was classically-trained before taking up the mantle of a then-burgeoning music movement growing out of the American South.

Born in western London in 1918, McPartland was a natural musician with perfect pitch. She demonstrated her piano prowess at just 9 years old and began studying at prominent music schools, such as the Guildhall School of Music and Drama.

She ended up dropping out of Guildhall, at 20 years old, to join a vaudeville act led by famed pianist and composer William Mayerl.

When World War II broke out, McPartland joined the Entertainment National Service Association to entertain troop. She ended up marrying one of those troops, an American cornetist named Jimmy McPartland, in 1944. They married in Germany even before the war was over.

After the war, McPartland moved to Chicago, followed by Manhattan, and immersed herself in the jazz scene. She formed and toured with several jazz groups, often sharing the stage with jazz greats, such as Ellington, Billie Holiday and Roy Eldridge.

During the 1960s, McPartland became an advocate for women in jazz and pushed for more jazz education in schools.

Also around this time, she launched a weekly radio program on Manhattan’s WBAI station, featuring recordings and interviews with guests. West Coast radio stations under WBAI’s parent company, Pacifica Radio, began to carry the series as well, paving the way for “Marian McPartland’s Jazz Piano” on NPR, which launched in 1978.

The show won a Peabody Award in 1983, and became NPR’s longest-running cultural program, having remained on the air until 2011.

Seddon attributed the show’s success to McPartland’s sense of humor, her encyclopedic knowledge of jazz standards and her sharp ear for harmonics and rhythms.

McPartland was also noted for her candid conversations with guests, which included some of the biggest names in jazz and modern American music, many of whom McPartland knew personally: Ellington, Herbie Hancock, Alice Coltrane, Bela Fleck, Ray Charles, Norah Jones, Willie Nelson, Steely Dan, guitar-maker Les Paul and dozens of others.

“She would open them up and get them to really talk about the inside story of their life, of their journey and of the jazz world,” Seddon said.

Seddon eventually learned that McPartland’s charisma and affability extended well beyond the South Carolina studio where Jazz Piano was recorded.

In 2002, Seddon was offered an opportunity of a lifetime by Peter Hasset, an assistant general manager of the Buffalo’s exclusive Saturn Club, where Seddon had performed numerous times and where McPartland was scheduled to perform. Hasset had to give McPartland a ride from the Buffalo Niagara International Airport, and extended Seddon an offer to meet her longtime idol.

It turned out McPartland was as gregarious in person as on her show. The two kicked it off immediately.

“She is so personable. Right away she started talking everyday things — the flight in, and what was I doing, and she was interested in me, and that I was a musician. It felt like we’d always known each other,” Seddon said.

During their conversation, McPartland mentioned that she needed a music transcriber — someone to write out McPartland’s pieces, which often begin as improvisations.

Though Seddon had never before transcribed professionally, she decided she was up for the challenge.

“In a way, it was a dream come true, although I hadn’t ever thought about doing it,” Seddon said.

Over the next decade, Seddon and McPartland were close friends and professional partners. Seddon transcribed dozens of pieces for McPartland and even co-published a book with her, “Marian McPartland Portraits – The Second Set.” The book continues a series of “musical portraits” of McPartland’s guests on Piano Jazz, which Seddon describes as “improvised compositions,” aimed at capturing the character and personality of her guests.

“It’s a musical characterization. You could really hear their personality,” she said.

Seddon remained McPartland’s transcriber until her death, reportedly of natural causes, in August 2013 in Port Washington, NY. McPartland was 95.

Following McPartland’s passing, Seddon sought a way to honor and remember McPartland’s legacy. By that time, Seddon was holding regular lecture performances, which combine live music with stories about the context, history, and creators of the pieces.

At the advice of her friend and marketing partner Kristin Badger-Bach, Seddon reached to the Buffalo chapter of the National Society of the Daughters of the American Revolution, which agreed to host the series.

In 2016, The NSDAR and Seddon held the first lecture series in honor of McPartland — a series that they have continued ever since. 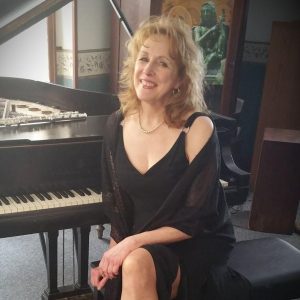 Seddon’s latest series, the seven-part “McPartland & Friends: a celebration of a life in music,” will follow McPartland’s career in chronological order, through the musicians she played alongside and the composers she covered. The series will commence Sept. 23 with “Songs from the Hickory House,” a New York City steakhouse where McPartland met numerous jazz greats and honed her skills on the piano. The series will conclude May 5 with “Marian’s Favorite Tunes & the People Who Wrote Them.”

The lecture series will be held at 3 p.m. Sundays at the Birge-Horton House, 477 Delaware Ave., Buffalo. For more information, visit www.kristaseddon.com or call Linda Preibe at 913-2522.

After the series concludes, Seddon hopes to hold similar lecture performances in Europe and hold a fourth lecture series locally, to honor a woman who introduced millions to jazz and influenced generations of musicians along the way.

Lecture series will be held at 3 p.m. Sundays at the Birge-Horton House, 477 Delaware Ave., Buffalo. For more information, visit www.kristaseddon.com or call Linda Preibe at 913-2522.