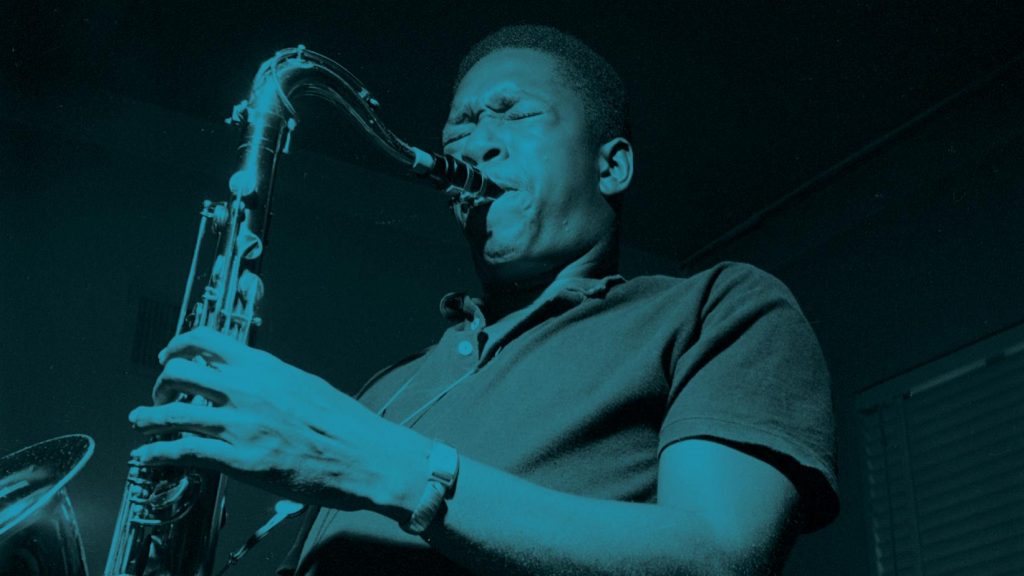 This year marks the 92nd birthday of John Coltrane.  A name that would undoubtedly be on any Mount Rushmore of jazz reverence.  In no particular order or ranking, here are 7 John Coltrane tracks that will get you in the mood of celebrating Coltrane.  Jazz music that never tires or is never dated.

The only recording Coltrane made with Blue Note Records.  At the age of 30 and one of the top albums in jazz history.  The album featured a young 19 years old trumpet player – Lee Morgan.

Impressive progressions and improvisations that showed Coltrane’s maturity in soloing and leading.

In this tribute to his wife, Coltrane penned one of the most beautiful ballads – ever – in jazz.

At the time of this recording, the film Sound of Music had not been released yet.  Coltrane took this number from the Broadway play, as many jazz standards have come from before, and turned it into a new jazz art form.

A minor blues tune Coltrane wrote around 1962-63 and released in 1964.  His wife Naima named the song – because Coltrane was born one day before the fall equinox in 1926.

With the release of Both Directions At Once: The Lost Album, this song has come to the forefront once again.  The original recorded version is still a favorite for many.

Olé was the last album made on Atlantic Records before Coltrane jumped to Impulse Records in 1961.  The influence of Spain by Miles Davis may have led to Coltrane’s interest in this album.

Seven tracks to get you in the Coltrane mood.  Enjoy!