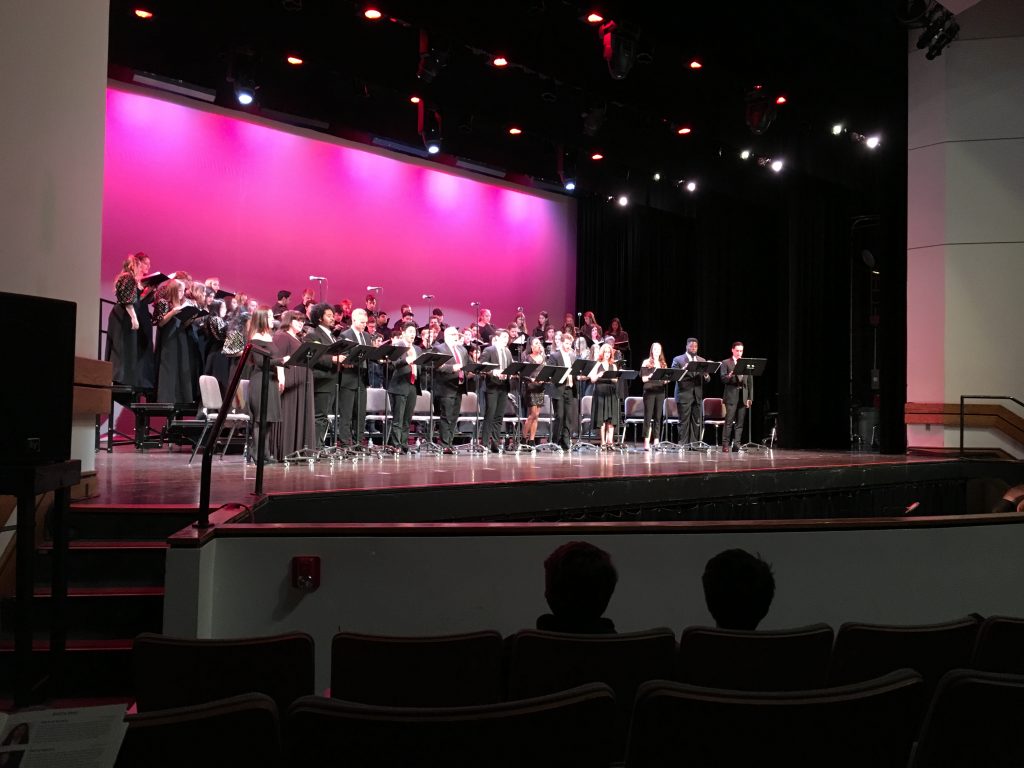 I have to admit.  At first, I did not really get what Starring Buffalo was up to.  After last night, I certainly do get it – with much pleasure!

The new non-profit endeavor kicked-off their journey with a stage-reading production of Hunchback of Notre Dame.  It is important to note that this is a stage-reading, which means all the participants are not in costumes, there is no set design, and characters/singers read from their books.  Having performed in musical theater previously, this is akin to the initial few weeks of rehearsals before staging and sets are put into place.  And, before you are required to get “off-book” as you move further into rehearsal.

Do not let that distract you, however!

Sometimes, performing a stage-reading version of a musical is far more difficult for you have to move the audience to imagine what is taking place.  Those doing the reading have to do this without all the context given to them normally.

Congratulations to the Starring Buffalo for coming out the gate with a stellar production and introducing a concept that enriches the community.  The opportunity provided to the high school students to have exposure to Broadway talent and local theater talent is a tremendous life-changing opportunity. 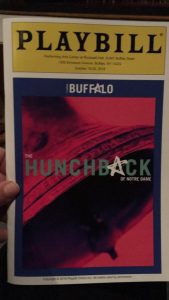 Under the direction of Drew Fornarola, they produced a first-class stage-reading of a rather difficult musical, to begin with.  Not difficult to enjoy but difficult to produce.  True to their intent, they assembled a first-class roster of direct-from-Broadway talent.  Ben Frankhauser performed in the role of Quasimodo.  He is best known for playing Davey in the original Broadway cast of Newsie.  He was in character the whole time in articulation and imaginative body postures.  Dan’yelle Williamson performed the role of Esmeralda.  Great versatilty in her vocals.  A Broadway veteran of the 5th Avenue Theater production of this musical (in the same role) as well as a member of the Tony Award-winning cast of Memphis.  Devin IIaw is best known for his portrayal of Thuy in the Tony-Nominated revival of Miss Saigon.  Jonah Platt performed as Phoebus and is best known for his character “Flyero” in Broadway’s Wicked.  Keith Ersing, a veteran of local and regional theater performed the role of Frollo.

As you can see, this type of talent on stage and in rehearsals provides the high school students valuable exposure to the art of musical theater.  The stage-reading also had outstanding Buffalo talent in Leah Berst, Charmagne Chi, Arianne Davidow, Matthew Iwanski-Jackson, Dudney Joseph, Katy Miner, Ben Michael Moran, and Raphael Santos.  The musical direction of Daniel Bassin and the orchestra of top musicians performed the beautiful score fabulously.

The performance overall, as the cast embodies, was spectacular.  With Broadway professionalism oozing off the stage at the Buffalo State Performing Arts Center.  Frankhauser’s and Williamson’s portrayal of two principal characters, Quasimodo and Esmeralda, was riveting.  They made you quickly forget that there were no sets or costumes.

A great start for Starring Buffalo and hats off to an endeavor that enriches our community!

(Some may ask what does this have to with jazz?  A lot actually.  Many of the great jazz artists over the past century created memorable arrangements of songs that were originally written for a Broadway musical.  The Great American Songbook that was sung by Ella Fitzgerald included many songs written by George Gershwin, Cole Porter, Rodgers & Hammerstein, and more.  Let us hope this connection between musical theater and jazz continues!)